By Jason Brownlee on June 9, 2016 in Deep Learning

Keras is a deep learning library that wraps the efficient numerical libraries Theano and TensorFlow.

In this post, you will discover how to develop and evaluate neural network models using Keras for a regression problem.

After completing this step-by-step tutorial, you will know: 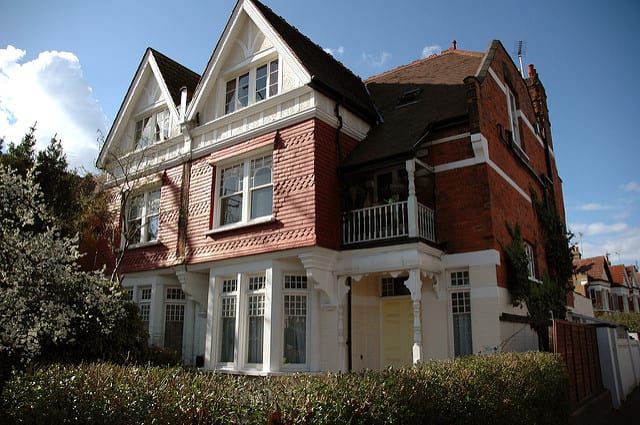 The problem that we will look at in this tutorial is the Boston house price dataset.

You can download this dataset and save it to your current working directly with the file name housing.csv (update: download data from here).

The dataset describes 13 numerical properties of houses in Boston suburbs and is concerned with modeling the price of houses in those suburbs in thousands of dollars. As such, this is a regression predictive modeling problem. Input attributes include crime rate, the proportion of nonretail business acres, chemical concentrations, and more.

This is a well-studied problem in machine learning. It is convenient to work with because all the input and output attributes are numerical, and there are 506 instances to work with.

Reasonable performance for models evaluated using Mean Squared Error (MSE) is around 20 in thousands of dollars squared (or $4,500 if you take the square root). This is a nice target to aim for with our neural network model.

In this section, you will create a baseline neural network model for the regression problem.

Let’s start by including all the functions and objects you will need for this tutorial.

You can now load your dataset from a file in the local directory.

The dataset is, in fact, not in CSV format in the UCI Machine Learning Repository. The attributes are instead separated by whitespace. You can load this easily using the pandas library. Then split the input (X) and output (Y) attributes, making them easier to model with Keras and scikit-learn.

You can create Keras models and evaluate them with scikit-learn using handy wrapper objects provided by the Keras library. This is desirable, because scikit-learn excels at evaluating models and will allow you to use powerful data preparation and model evaluation schemes with very few lines of code.

The Keras wrappers require a function as an argument. This function you must define is responsible for creating the neural network model to be evaluated.

Below, you will define the function to create the baseline model to be evaluated. It is a simple model with a single, fully connected hidden layer with the same number of neurons as input attributes (13). The network uses good practices such as the rectifier activation function for the hidden layer. No activation function is used for the output layer because it is a regression problem, and you are interested in predicting numerical values directly without transformation.

The efficient ADAM optimization algorithm is used, and a mean squared error loss function is optimized. This will be the same metric you will use to evaluate the performance of the model. It is a desirable metric because taking the square root gives an error value you can directly understand in the context of the problem (thousands of dollars).

If you are new to Keras or deep learning, see this Keras tutorial.

The Keras wrapper object used in scikit-learn as a regression estimator is called KerasRegressor. You create an instance and pass it both the name of the function to create the neural network model and some parameters to pass along to the fit() function of the model later, such as the number of epochs and batch size. Both of these are set to sensible defaults.

After tying this all together, the complete example is listed below.

Running this code gives you an estimate of the model’s performance on the problem for unseen data.

Note: The mean squared error is negative because scikit-learn inverts so that the metric is maximized instead of minimized. You can ignore the sign of the result.

The result reports the mean squared error, including the average and standard deviation (average variance) across all ten folds of the cross validation evaluation.

An important concern with the Boston house price dataset is that the input attributes all vary in their scales because they measure different quantities.

It is almost always good practice to prepare your data before modeling it using a neural network model.

Continuing from the above baseline model, you can re-evaluate the same model using a standardized version of the input dataset.

You can use scikit-learn’s Pipeline framework to perform the standardization during the model evaluation process within each fold of the cross validation. This ensures that there is no data leakage from each test set cross validation fold into the training data.

The code below creates a scikit-learn pipeline that first standardizes the dataset and then creates and evaluates the baseline neural network model.

Running the example provides an improved performance over the baseline model without standardized data, dropping the error.

A further extension of this section would be to similarly apply a rescaling to the output variable, such as normalizing it to the range of 0-1 and using a Sigmoid or similar activation function on the output layer to narrow output predictions to the same range.

Many concerns can be optimized for a neural network model.

Perhaps the point of biggest leverage is the structure of the network itself, including the number of layers and the number of neurons in each layer.

In this section, you will evaluate two additional network topologies in an effort to further improve the performance of the model. You will look at both a deeper and a wider network topology.

One way to improve the performance of a neural network is to add more layers. This might allow the model to extract and recombine higher-order features embedded in the data.

In this section, you will evaluate the effect of adding one more hidden layer to the model. This is as easy as defining a new function to create this deeper model, copied from your baseline model above. You can then insert a new line after the first hidden layer—in this case, with about half the number of neurons.

You can evaluate this network topology in the same way as above, while also using the standardization of the dataset shown above to improve performance.

Running this model shows a further improvement in performance from 28 down to 24 thousand squared dollars.

Another approach to increasing the representational capability of the model is to create a wider network.

In this section, you will evaluate the effect of keeping a shallow network architecture and nearly doubling the number of neurons in the one hidden layer.

Again, all you need to do is define a new function that creates your neural network model. Here, you will increase the number of neurons in the hidden layer compared to the baseline model from 13 to 20.

You can evaluate the wider network topology using the same scheme as above:

Building the model reveals a further drop in error to about 21 thousand squared dollars. This is not a bad result for this problem.

It might have been hard to guess that a wider network would outperform a deeper network on this problem. The results demonstrate the importance of empirical testing in developing neural network models.

In this post, you discovered the Keras deep learning library for modeling regression problems.

Through this tutorial, you learned how to develop and evaluate neural network models, including:

Do you have any questions about the Keras deep learning library or this post? Ask your questions in the comments, and I will do my best to answer.