By Jason Brownlee on July 14, 2017 in Machine Learning Process

A validation dataset is a sample of data held back from training your model that is used to give an estimate of model skill while tuning model’s hyperparameters.

The validation dataset is different from the test dataset that is also held back from the training of the model, but is instead used to give an unbiased estimate of the skill of the final tuned model when comparing or selecting between final models.

There is much confusion in applied machine learning about what a validation dataset is exactly and how it differs from a test dataset.

In this post, you will discover clear definitions for train, test, and validation datasets and how to use each in your own machine learning projects. 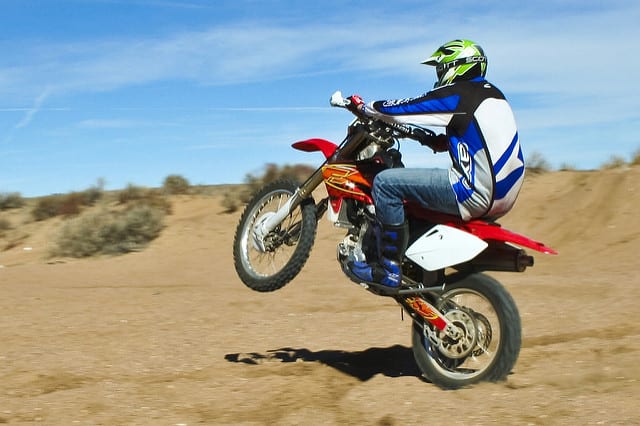 What is the Difference Between Test and Validation Datasets?
Photo by veddderman, some rights reserved.

What is a Validation Dataset by the Experts?

I find it useful to see exactly how datasets are described by the practitioners and experts.

In this section, we will take a look at how the train, test, and validation datasets are defined and how they differ according to some of the top machine learning texts and references.

Generally, the term “validation set” is used interchangeably with the term “test set” and refers to a sample of the dataset held back from training the model.

The evaluation of a model skill on the training dataset would result in a biased score. Therefore the model is evaluated on the held-out sample to give an unbiased estimate of model skill. This is typically called a train-test split approach to algorithm evaluation.

Suppose that we would like to estimate the test error associated with fitting a particular statistical learning method on a set of observations. The validation set approach […] is a very simple strategy for this task. It involves randomly dividing the available set of observations into two parts, a training set and a validation set or hold-out set. The model is fit on the training set, and the fitted model is used to predict the responses for the observations in the validation set. The resulting validation set error rate — typically assessed using MSE in the case of a quantitative response—provides an estimate of the test error rate.

We can see the interchangeableness directly in Kuhn and Johnson’s excellent text “Applied Predictive Modeling”. In this example, they are clear to point out that the final model evaluation must be performed on a held out dataset that has not been used prior, either for training the model or tuning the model parameters.

Ideally, the model should be evaluated on samples that were not used to build or fine-tune the model, so that they provide an unbiased sense of model effectiveness. When a large amount of data is at hand, a set of samples can be set aside to evaluate the final model. The “training” data set is the general term for the samples used to create the model, while the “test” or “validation” data set is used to qualify performance.

Perhaps traditionally the dataset used to evaluate the final model performance is called the “test set”. The importance of keeping the test set completely separate is reiterated by Russell and Norvig in their seminal AI textbook. They refer to using information from the test set in any way as “peeking”. They suggest locking the test set away completely until all model tuning is complete.

Peeking is a consequence of using test-set performance to both choose a hypothesis and evaluate it. The way to avoid this is to really hold the test set out—lock it away until you are completely done with learning and simply wish to obtain an independent evaluation of the final hypothesis. (And then, if you don’t like the results … you have to obtain, and lock away, a completely new test set if you want to go back and find a better hypothesis.)

If the test set is locked away, but you still want to measure performance on unseen data as a way of selecting a good hypothesis, then divide the available data (without the test set) into a training set and a validation set.

This definition of validation set is corroborated by other seminal texts in the field. A good (and older) example is the glossary of terms in Ripley’s book “Pattern Recognition and Neural Networks.” Specifically, training, validation, and test sets are defined as follows:

– Training set: A set of examples used for learning, that is to fit the parameters of the classifier.

– Validation set: A set of examples used to tune the parameters of a classifier, for example to choose the number of hidden units in a neural network.

– Test set: A set of examples used only to assess the performance of a fully-specified classifier.

These are the recommended definitions and usages of the terms.

A good example that these definitions are canonical is their reiteration in the famous Neural Network FAQ. In addition to reiterating Ripley’s glossary definitions, it goes on to discuss the common misuse of the terms “test set” and “validation set” in applied machine learning.

The literature on machine learning often reverses the meaning of “validation” and “test” sets. This is the most blatant example of the terminological confusion that pervades artificial intelligence research.

The crucial point is that a test set, by the standard definition in the NN [neural net] literature, is never used to choose among two or more networks, so that the error on the test set provides an unbiased estimate of the generalization error (assuming that the test set is representative of the population, etc.).

Do you know of any other clear definitions or usages of these terms, e.g. quotes in papers or textbook?
Please let me know in the comments below.

To reiterate the findings from researching the experts above, this section provides unambiguous definitions of the three terms.

We can make this concrete with a pseudocode sketch:

Below are some additional clarifying notes:

Are these definitions clear to you for your use case?
If not, please ask questions below.

Validation Dataset Is Not Enough

There are other ways of calculating an unbiased, (or progressively more biased in the case of the validation dataset) estimate of model skill on unseen data.

One popular example is to use k-fold cross-validation to tune model hyperparameters instead of a separate validation dataset.

In their book, Kuhn and Johnson have a section titled “Data Splitting Recommendations” in which they layout the limitations of using a sole “test set” (or validation set):

As previously discussed, there is a strong technical case to be made against a single, independent test set:

– A test set is a single evaluation of the model and has limited ability to characterize the uncertainty in the results.
– Proportionally large test sets divide the data in a way that increases bias in the performance estimates.
– With small sample sizes:
– The model may need every possible data point to adequately determine model values.
– The uncertainty of the test set can be considerably large to the point where different test sets may produce very different results.
– Resampling methods can produce reasonable predictions of how well the model will perform on future samples.

For larger sample sizes, they again recommend a 10-fold cross-validation approach, in general.

It is more than likely that you will not see references to training, validation, and test datasets in modern applied machine learning.

Reference to a “validation dataset” disappears if the practitioner is choosing to tune model hyperparameters using k-fold cross-validation with the training dataset.

We can make this concrete with a pseudocode sketch as follows:

Ultimately, all you are left with is a sample of data from the domain which we may rightly continue to refer to as the training dataset.

Do you know of any other good resources on this topic? Let me know in the comments below.

In this tutorial, you discovered that there is much confusion around the terms “validation dataset” and “test dataset” and how you can navigate these terms correctly when evaluating the skill of your own machine learning models.

342 Responses to What is the Difference Between Test and Validation Datasets?