By Jason Brownlee on December 11, 2017 in Start Machine Learning

There is an important difference between classification and regression problems.

I often see questions such as:

How do I calculate accuracy for my regression problem?

Questions like this are a symptom of not truly understanding the difference between classification and regression and what accuracy is trying to measure.

In this tutorial, you will discover the differences between classification and regression. 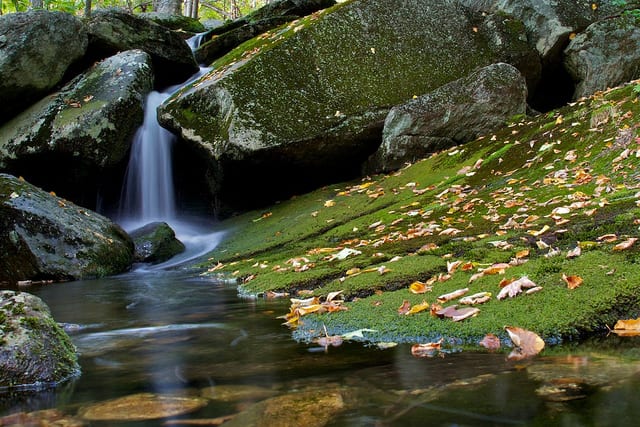 Difference Between Classification and Regression in Machine Learning
Photo by thomas wilson, some rights reserved.

Predictive modeling is the problem of developing a model using historical data to make a prediction on new data where we do not have the answer.

The job of the modeling algorithm is to find the best mapping function we can given the time and resources available.

For more on approximating functions in applied machine learning, see the post:

Generally, we can divide all function approximation tasks into classification tasks and regression tasks.

The output variables are often called labels or categories. The mapping function predicts the class or category for a given observation.

For example, an email of text can be classified as belonging to one of two classes: “spam“ and “not spam“.

For example, a specific email of text may be assigned the probabilities of 0.1 as being “spam” and 0.9 as being “not spam”. We can convert these probabilities to a class label by selecting the “not spam” label as it has the highest predicted likelihood.

There are many ways to estimate the skill of a classification predictive model, but perhaps the most common is to calculate the classification accuracy.

The classification accuracy is the percentage of correctly classified examples out of all predictions made.

Regression predictive modeling is the task of approximating a mapping function (f) from input variables (X) to a continuous output variable (y).

A continuous output variable is a real-value, such as an integer or floating point value. These are often quantities, such as amounts and sizes.

Because a regression predictive model predicts a quantity, the skill of the model must be reported as an error in those predictions.

There are many ways to estimate the skill of a regression predictive model, but perhaps the most common is to calculate the root mean squared error, abbreviated by the acronym RMSE.

A benefit of RMSE is that the units of the error score are in the same units as the predicted value.

There is some overlap between the algorithms for classification and regression; for example:

Importantly, the way that we evaluate classification and regression predictions varies and does not overlap, for example:

Convert Between Classification and Regression Problems

In some cases, it is possible to convert a regression problem to a classification problem. For example, the quantity to be predicted could be converted into discrete buckets.

For example, amounts in a continuous range between $0 and $100 could be converted into 2 buckets:

This is often called discretization and the resulting output variable is a classification where the labels have an ordered relationship (called ordinal).

Some algorithms do this already by predicting a probability for each class that in turn could be scaled to a specific range:

Alternately, class values can be ordered and mapped to a continuous range:

If the class labels in the classification problem do not have a natural ordinal relationship, the conversion from classification to regression may result in surprising or poor performance as the model may learn a false or non-existent mapping from inputs to the continuous output range.

In this tutorial, you discovered the difference between classification and regression problems.

Jason Brownlee, PhD is a machine learning specialist who teaches developers how to get results with modern machine learning methods via hands-on tutorials.
View all posts by Jason Brownlee →
Encoder-Decoder Models for Text Summarization in Keras
How to Visualize a Deep Learning Neural Network Model in Keras

238 Responses to Difference Between Classification and Regression in Machine Learning