By Jason Brownlee on October 24, 2017 in Long Short-Term Memory Networks

As part of this implementation, the Keras API provides access to both return sequences and return state. The use and difference between these data can be confusing when designing sophisticated recurrent neural network models, such as the encoder-decoder model.

In this tutorial, you will discover the difference and result of return sequences and return states for LSTM layers in the Keras deep learning library. 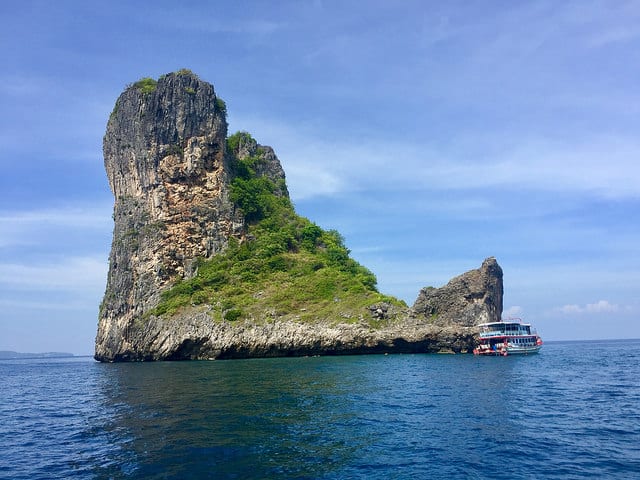 Understand the Difference Between Return Sequences and Return States for LSTMs in Keras
Photo by Adrian Curt Dannemann, some rights reserved.

The Long Short-Term Memory, or LSTM, is a recurrent neural network that is comprised of internal gates.

Unlike other recurrent neural networks, the network’s internal gates allow the model to be trained successfully using backpropagation through time, or BPTT, and avoid the vanishing gradients problem.

In the Keras deep learning library, LSTM layers can be created using the LSTM() class.

The Keras API allows you to access these data, which can be useful or even required when developing sophisticated recurrent neural network architectures, such as the encoder-decoder model.

For the rest of this tutorial, we will look at the API for access these data.

Each LSTM cell will output one hidden state h for each input.

In this example, we will have one input sample with 3 time steps and one feature observed at each time step:

Note: all examples in this post use the Keras functional API.

Running the example outputs a single hidden state for the input sequence with 3 time steps.

Your specific output value will differ given the random initialization of the LSTM weights and cell state.

It is possible to access the hidden state output for each input time step.

This can be done by setting the return_sequences attribute to True when defining the LSTM layer, as follows:

We can update the previous example with this change.

The full code listing is provided below.

Running the example returns a sequence of 3 values, one hidden state output for each input time step for the single LSTM cell in the layer.

You must set return_sequences=True when stacking LSTM layers so that the second LSTM layer has a three-dimensional sequence input. For more details, see the post:

You may also need to access the sequence of hidden state outputs when predicting a sequence of outputs with a Dense output layer wrapped in a TimeDistributed layer. See this post for more details:

The output of an LSTM cell or layer of cells is called the hidden state.

This is confusing, because each LSTM cell retains an internal state that is not output, called the cell state, or c.

Generally, we do not need to access the cell state unless we are developing sophisticated models where subsequent layers may need to have their cell state initialized with the final cell state of another layer, such as in an encoder-decoder model.

Keras provides the return_state argument to the LSTM layer that will provide access to the hidden state output (state_h) and the cell state (state_c). For example:

This may look confusing because both lstm1 and state_h refer to the same hidden state output. The reason for these two tensors being separate will become clear in the next section.

We can demonstrate access to the hidden and cell states of the cells in the LSTM layer with a worked example listed below.

The hidden state and the cell state could in turn be used to initialize the states of another LSTM layer with the same number of cells.

We can access both the sequence of hidden state and the cell states at the same time.

This can be done by configuring the LSTM layer to both return sequences and return states.

This can be confirmed by seeing that the last value in the returned sequences (first array) matches the value in the hidden state (second array).

In this tutorial, you discovered the difference and result of return sequences and return states for LSTM layers in the Keras deep learning library.

Jason Brownlee, PhD is a machine learning specialist who teaches developers how to get results with modern machine learning methods via hands-on tutorials.
View all posts by Jason Brownlee →
Best Practices for Text Classification with Deep Learning
How to Index, Slice and Reshape NumPy Arrays for Machine Learning