By Jason Brownlee on September 4, 2017 in Long Short-Term Memory Networks

Sequence prediction is different from other types of supervised learning problems.

The sequence imposes an order on the observations that must be preserved when training models and making predictions.

In this tutorial, you will discover the different types of sequence prediction problems. 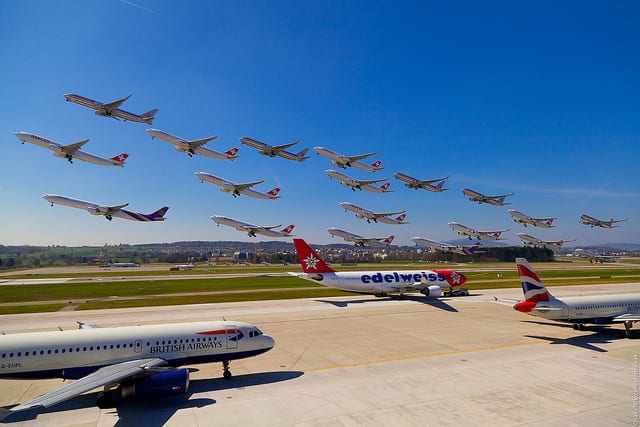 Gentle Introduction to Making Predictions with Sequences
Photo by abstrkt.ch, some rights reserved.

Often we deal with sets in applied machine learning such as a train or test sets of samples.

Each sample in the set can be thought of as an observation from the domain.

In a set, the order of the observations is not important.

A sequence is different. The sequence imposes an explicit order on the observations.

The order is important. It must be respected in the formulation of prediction problems that use the sequence data as input or output for the model.

Sequence prediction involves predicting the next value for a given input sequence.

Example of a Sequence Prediction Problem

— Sequence Learning: From Recognition and Prediction to Sequential Decision Making, 2001.

A prediction model is trained with a set of training sequences. Once trained, the model is used to perform sequence predictions. A prediction consists in predicting the next items of a sequence. This task has numerous applications such as web page prefetching, consumer product recommendation, weather forecasting and stock market prediction.

— CPT+: Decreasing the time/space complexity of the Compact Prediction Tree, 2015

Sequence prediction may also generally be referred to as “sequence learning“.

Learning of sequential data continues to be a fundamental task and a challenge in pattern recognition and machine learning. Applications involving sequential data may require prediction of new events, generation of new sequences, or decision making such as classification of sequences or sub-sequences.

Technically, we could refer to all of the following problems in this post as a type of sequence prediction problem. This can make things confusing for beginners.

Some examples of sequence prediction problems include:

Sequence classification involves predicting a class label for a given input sequence.

Example of a Sequence Classification Problem

The objective of sequence classification is to build a classification model using a labeled dataset D so that the model can be used to predict the class label of an unseen sequence.

The input sequence may be comprised of real values or discrete values. In the latter case, such problems may be referred to as discrete sequence classification.

Some examples of sequence classification problems include:

Sequence generation involves generating a new output sequence that has the same general characteristics as other sequences in the corpus.

[recurrent neural networks] can be trained for sequence generation by processing real data sequences one step at a time and predicting what comes next. Assuming the predictions are probabilistic, novel sequences can be generated from a trained network by iteratively sampling from the network’s output distribution, then feeding in the sample as input at the next step. In other words by making the network treat its inventions as if they were real, much like a person dreaming

Some examples of sequence generation problems include:

Sequence generation may also refer to the generation of a sequence given a single observation as input.

An example is the automatic textual description of images.

Example of a Sequence Generation Problem

Being able to automatically describe the content of an image using properly formed English sentences is a very challenging task, but it could have great impact, for instance by helping visually impaired people better understand the content of images on the web. […] Indeed, a description must capture not only the objects contained in an image, but it also must express how these objects relate to each other as well as their attributes and the activities they are involved in. Moreover, the above semantic knowledge has to be expressed in a natural language like English, which means that a language model is needed in addition to visual understanding.

Example of a Sequence-to-Sequence Prediction Problem

Despite their flexibility and power, [deep neural networks] can only be applied to problems whose inputs and targets can be sensibly encoded with vectors of fixed dimensionality. It is a significant limitation, since many important problems are best expressed with sequences whose lengths are not known a-priori. For example, speech recognition and machine translation are sequential problems. Likewise, question answering can also be seen as mapping a sequence of words representing the question to a sequence of words representing the answer.

It is a subtle but challenging extension of sequence prediction where rather than predicting a single next value in the sequence, a new sequence is predicted that may or may not have the same length or be of the same time as the input sequence.

This type of problem has recently seen a lot of study in the area of automatic text translation (e.g. translating English to French) and may be referred to by the abbreviation seq2seq.

seq2seq learning, at its core, uses recurrent neural networks to map variable-length input sequences to variable-length output sequences. While relatively new, the seq2seq approach has achieved state-of-the-art results in not only its original application – machine translation.

If the input and output sequences are a time series, then the problem may be referred to as multi-step time series forecasting.

In this tutorial, you discovered the different types of sequence prediction problems.

217 Responses to Making Predictions with Sequences