By Jason Brownlee on December 5, 2016 in Time Series

Time series forecasting can be framed as a supervised learning problem.

This re-framing of your time series data allows you access to the suite of standard linear and nonlinear machine learning algorithms on your problem. 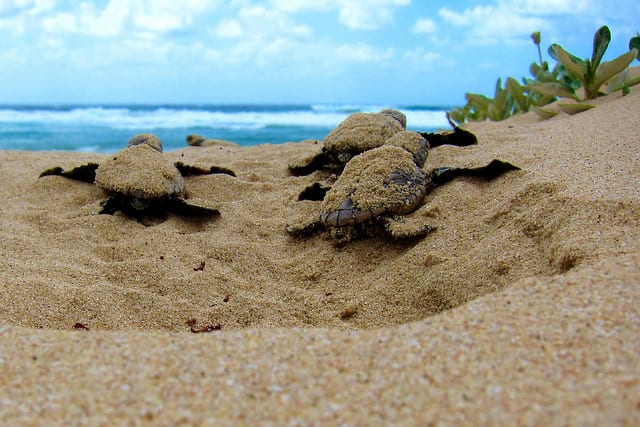 Supervised learning is where you have input variables (X) and an output variable (y) and you use an algorithm to learn the mapping function from the input to the output.

The goal is to approximate the real underlying mapping so well that when you have new input data (X), you can predict the output variables (y) for that data.

Below is a contrived example of a supervised learning dataset where each row is an observation comprised of one input variable (X) and one output variable to be predicted (y).

It is called supervised learning because the process of an algorithm learning from the training dataset can be thought of as a teacher supervising the learning process.

We know the correct answers; the algorithm iteratively makes predictions on the training data and is corrected by making updates. Learning stops when the algorithm achieves an acceptable level of performance.

Supervised learning problems can be further grouped into regression and classification problems.

Take a look at the above transformed dataset and compare it to the original time series. Here are some observations:

The use of prior time steps to predict the next time step is called the sliding window method. For short, it may be called the window method in some literature. In statistics and time series analysis, this is called a lag or lag method.

The number of previous time steps is called the window width or size of the lag.

This sliding window is the basis for how we can turn any time series dataset into a supervised learning problem. From this simple example, we can notice a few things:

We will explore some of these uses of the sliding window, starting next with using it to handle time series with more than one observation at each time step, called multivariate time series.

The number of observations recorded for a given time in a time series dataset matters.

Most time series analysis methods, and even books on the topic, focus on univariate data. This is because it is the simplest to understand and work with. Multivariate data is often more difficult to work with. It is harder to model and often many of the classical methods do not perform well.

Below is another worked example to make the sliding window method concrete for multivariate time series.

Assume we have the contrived multivariate time series dataset below with two observations at each time step. Let’s also assume that we are only concerned with predicting measure2.

We can re-frame this time series dataset as a supervised learning problem with a window width of one.

This will give us 3 input features and one output value to predict for each training pattern.

We can see that as in the univariate time series example above, we may need to remove the first and last rows in order to train our supervised learning model.

This example raises the question of what if we wanted to predict both measure1 and measure2 for the next time step?

The sliding window approach can also be used in this case.

Using the same time series dataset above, we can phrase it as a supervised learning problem where we predict both measure1 and measure2 with the same window width of one, as follows.

Not many supervised learning methods can handle the prediction of multiple output values without modification, but some methods, like artificial neural networks, have little trouble.

This is called multi-step forecasting and is covered in the next section.

The number of time steps ahead to be forecasted is important.

Again, it is traditional to use different names for the problem depending on the number of time-steps to forecast:

All of the examples we have looked at so far have been one-step forecasts.

There are are a number of ways to model multi-step forecasting as a supervised learning problem. We will cover some of these alternate ways in a future post.

For now, we are focusing on framing multi-step forecast using the sliding window method.

We can frame this time series as a two-step forecasting dataset for supervised learning with a window width of one, as follows:

We can see that the first row and the last two rows cannot be used to train a supervised model.

It is also a good example to show the burden on the input variables. Specifically, that a supervised model only has X1 to work with in order to predict both y1 and y2.

Careful thought and experimentation are needed on your problem to find a window width that results in acceptable model performance.

If you are looking for more resources on how to work with time series data as a machine learning problem, see the following two papers:

For Python code for how to do this, see the post:

In this post, you discovered how you can re-frame your time series prediction problem as a supervised learning problem for use with machine learning methods.

Do you have any questions about the sliding window method or about this post?
Ask your questions in the comments below and I will do my best to answer.

Jason Brownlee, PhD is a machine learning specialist who teaches developers how to get results with modern machine learning methods via hands-on tutorials.
View all posts by Jason Brownlee →
What Is Time Series Forecasting?
How to Go From Working in a Bank To Hired as Senior Data Scientist at Target