By Jason Brownlee on October 27, 2017 in Deep Learning

The functional API in Keras is an alternate way of creating models that offers a lot more flexibility, including creating more complex models.

In this tutorial, you will discover how to use the more flexible functional API in Keras to define deep learning models.

This tutorial is divided into 7 parts; they are:

As a review, Keras provides a Sequential model API.

If you are new to Keras or deep learning, see this step-by-step Keras tutorial.

For example, the layers can be defined and passed to the Sequential as an array:

Layers can also be added piecewise:

The Sequential model API is great for developing deep learning models in most situations, but it also has some limitations.

For example, it is not straightforward to define models that may have multiple different input sources, produce multiple output destinations or models that re-use layers.

Models are defined by creating instances of layers and connecting them directly to each other in pairs, then defining a Model that specifies the layers to act as the input and output to the model.

Let’s look at the three unique aspects of Keras functional API in turn:

Unlike the Sequential model, you must create and define a standalone Input layer that specifies the shape of input data.

The input layer takes a shape argument that is a tuple that indicates the dimensionality of the input data.

When input data is one-dimensional, such as for a multilayer Perceptron, the shape must explicitly leave room for the shape of the mini-batch size used when splitting the data when training the network. Therefore, the shape tuple is always defined with a hanging last dimension when the input is one-dimensional (2,), for example:

The layers in the model are connected pairwise.

This is done by specifying where the input comes from when defining each new layer. A bracket notation is used, such that after the layer is created, the layer from which the input to the current layer comes from is specified.

Note the (visible) after the creation of the Dense layer that connects the input layer output as the input to the dense hidden layer.

It is this way of connecting layers piece by piece that gives the functional API its flexibility. For example, you can see how easy it would be to start defining ad hoc graphs of layers.

After creating all of your model layers and connecting them together, you must define the model.

As with the Sequential API, the model is the thing you can summarize, fit, evaluate, and use to make predictions.

Keras provides a Model class that you can use to create a model from your created layers. It requires that you only specify the input and output layers. For example:

Now that we know all of the key pieces of the Keras functional API, let’s work through defining a suite of different models and build up some practice with it.

Each example is executable and prints the structure and creates a diagram of the graph. I recommend doing this for your own models to make it clear what exactly you have defined.

My hope is that these examples provide templates for you when you want to define your own models using the functional API in the future.

When getting started with the functional API, it is a good idea to see how some standard neural network models are defined.

In this section, we will look at defining a simple multilayer Perceptron, convolutional neural network, and recurrent neural network.

These examples will provide a foundation for understanding the more elaborate examples later.

In this section, we define a multilayer Perceptron model for binary classification.

Running the example prints the structure of the network.

In this section, we will define a convolutional neural network for image classification.

The model receives black and white 64×64 images as input, then has a sequence of two convolutional and pooling layers as feature extractors, followed by a fully connected layer to interpret the features and an output layer with a sigmoid activation for two-class predictions.

In this section, we will define a long short-term memory recurrent neural network for sequence classification.

The model expects 100 time steps of one feature as input. The model has a single LSTM hidden layer to extract features from the sequence, followed by a fully connected layer to interpret the LSTM output, followed by an output layer for making binary predictions. 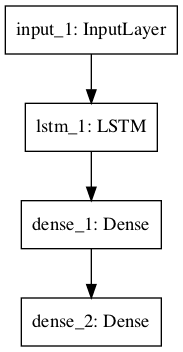 Multiple layers can share the output from one layer.

Let’s look at both of these examples.

In this section, we define multiple convolutional layers with differently sized kernels to interpret an image input.

The model takes black and white images with the size 64×64 pixels. There are two CNN feature extraction submodels that share this input; the first has a kernel size of 4 and the second a kernel size of 8. The outputs from these feature extraction submodels are flattened into vectors and concatenated into one long vector and passed on to a fully connected layer for interpretation before a final output layer makes a binary classification. 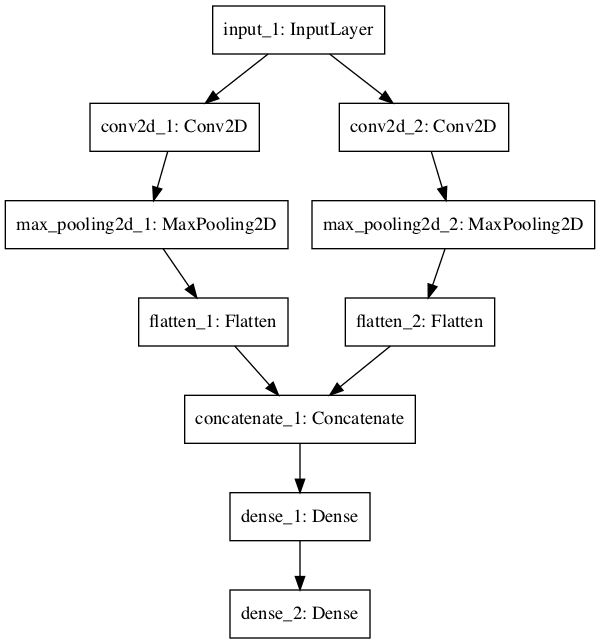 In this section, we will use two parallel submodels to interpret the output of an LSTM feature extractor for sequence classification.

The input to the model is 100 time steps of 1 feature. An LSTM layer with 10 memory cells interprets this sequence. The first interpretation model is a shallow single fully connected layer, the second is a deep 3 layer model. The output of both interpretation models are concatenated into one long vector that is passed to the output layer used to make a binary prediction.

We will look at examples of each in this section.

We will develop an image classification model that takes two versions of the image as input, each of a different size. Specifically a black and white 64×64 version and a color 32×32 version. Separate feature extraction CNN models operate on each, then the results from both models are concatenated for interpretation and ultimate prediction.

Note that in the creation of the Model() instance, that we define the two input layers as an array. Specifically: 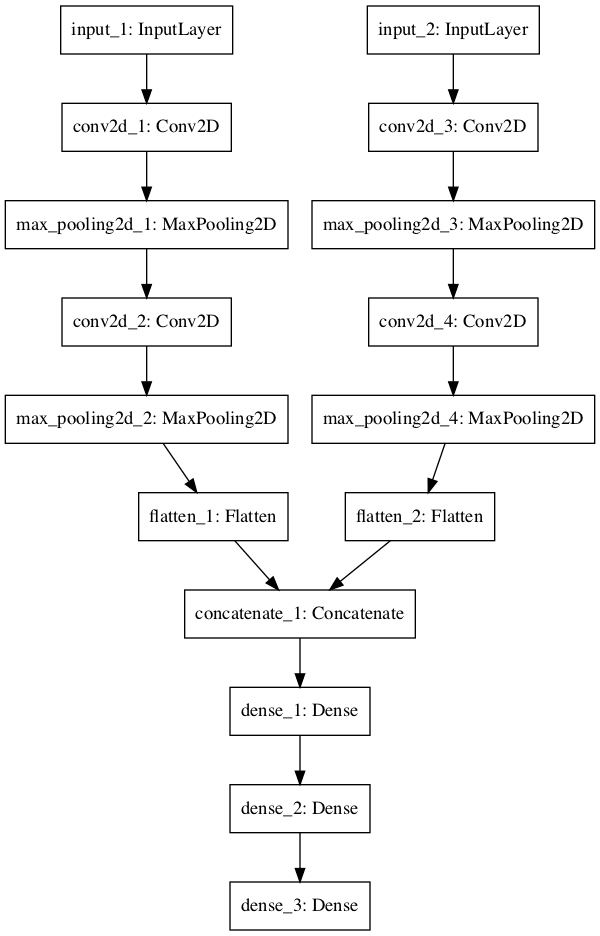 In this section, we will develop a model that makes two different types of predictions. Given an input sequence of 100 time steps of one feature, the model will both classify the sequence and output a new sequence with the same length. 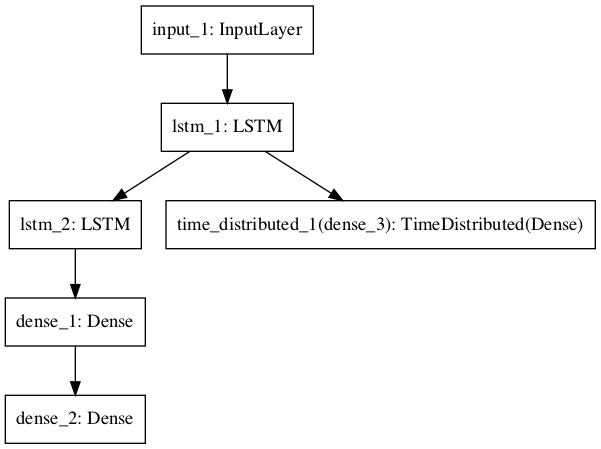 In this section, I want to give you some tips to get the most out of the functional API when you are defining your own models.

Do you have your own best practice tips when using the functional API?
Let me know in the comments.

If you are new or new-ish to Python the syntax used in the functional API may be confusing.

What does the double bracket syntax do?

What does it mean?

It looks confusing, but it is not a special python thing, just one line doing two things.

The first bracket “(32)” creates the layer via the class constructor, the second bracket “(input)” is a function with no name implemented via the __call__() function, that when called will connect the layers.

We can do the same thing in two lines:

I guess we could also call the __call__() function on the object explicitly, although I have never tried:

In this tutorial, you discovered how to use the functional API in Keras for defining simple and complex deep learning models.

Jason Brownlee, PhD is a machine learning specialist who teaches developers how to get results with modern machine learning methods via hands-on tutorials.
View all posts by Jason Brownlee →
How to Develop a Seq2Seq Model for Neural Machine Translation in Keras
Deep Convolutional Neural Network for Sentiment Analysis (Text Classification)