By Jason Brownlee on June 28, 2017 in Long Short-Term Memory Networks

An important configuration parameter when training recurrent neural networks like LSTMs using Truncated Backpropagation Through Time is deciding how many timesteps to use as input. That is, how exactly to split up your very long input sequences into subsequences in order to get the best performance.

In this post, you will discover 6 different ways you can split up very long input sequences to effectively train recurrent neural networks using Truncated Backpropagation Through Time in Python with Keras. 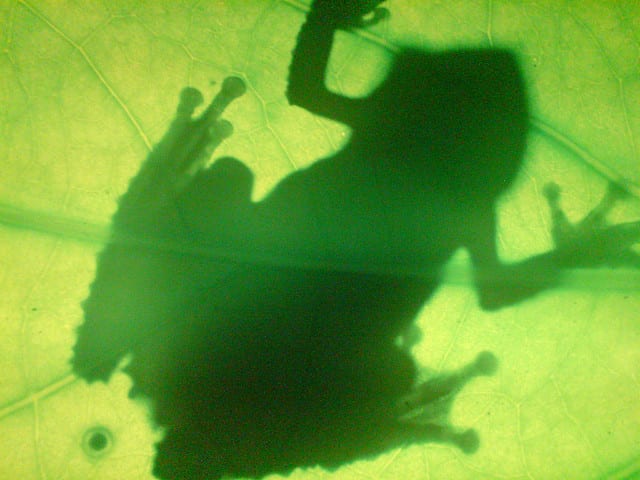 How to Prepare Sequence Prediction for Truncated Backpropagation Through Time in Keras
Photo by Giò, some rights reserved.

Backpropagation is the training algorithm used to update the weights in a neural network in order to minimize the error between the expected output and the predicted output for a given input.

In effect, BPTT unrolls the recurrent neural network and propagates the error backward over the entire input sequence, one timestep at a time. The weights are then updated with the accumulated gradients.

BPTT can be slow to train recurrent neural networks on problems with very long input sequences. In addition to speed, the accumulation of gradients over so many timesteps can result in a shrinking of values to zero, or a growth of values that eventually overflow, or explode.

A modification of BPTT is to limit the number of timesteps used on the backward pass and in effect estimate the gradient used to update the weights rather than calculate it fully.

This variation is called Truncated Backpropagation Through Time, or TBPTT.

As such, we can use the notation TBPTT(k1, k2) when considering how to configure the training algorithm, where k1 = k2 = n, where n is the input sequence length for classical non-truncated BPTT.

Impact of TBPTT Configuration on the RNN Sequence Model

Modern recurrent neural networks like LSTMs can use their internal state to remember over very long input sequences. Such as over thousands of timesteps.

This means that the configuration of TBPTT does not necessarily define the memory of the network that you are optimizing with the choice of the number of timesteps. You can choose when the internal state of the network is reset separately from the regime used to update network weights.

Instead, the choice of TBPTT parameters influences how the network estimates the error gradient used to update the weights. More generally, the configuration defines the number of timesteps from which the network may be considered to model your sequence problem.

It is conceptually similar (but quite different in practice) to the window size on Multilayer Perceptrons trained on time series problems or to the p and q parameters of linear time series models like ARIMA. The TBPTT defines the scope of the input sequence for the model during training.

The implementation is more restricted than the general version listed above.

Specifically, the k1 and k2 values are equal to each other and fixed.

This is realized by the fixed sized three-dimensional input required to train recurrent neural networks like the Long Short-Term Memory network, or LSTM.

The LSTM expects input data to have the dimensions: samples, timesteps, and features.

It is the second dimension of this input format, the timesteps that defines the number of timesteps used for forward and backward passes on your sequence prediction problem.

Therefore, careful choice must be given to the number of timesteps specified when preparing your input data for sequence prediction problems in Keras.

The choice of timesteps will influence both:

For more on stateful LSTMs in Keras, see the posts:

The way that you break up your sequence data will define the number of timesteps used in the forward and backward passes of BPTT.

As such, you must put careful thought into how you will prepare your training data.

This section lists 6 techniques you may consider.

You may use your input sequences as-is if the number of timesteps in each sequence is modest, such as tens or a few hundred timesteps.

Practical limits have been suggested for TBPTT of about 200-to-400 timesteps.

If your sequence data is less than or equal to this range, you may reshape the sequence observations as timesteps for the input data.

This will require the use of a stateful LSTM in Keras so that internal state is preserved across the input of the sub-sequences and only reset at the end of a true fuller input sequence.

The splitting of the sequence into subsequences does not take into account domain information about a suitable number of timesteps to estimate the error gradient used to update weights.

It can be hard to know the correct number of timesteps required to provide a useful estimate of the error gradient.

We can use the naive approach (above) to get a model quickly, but the model may be far from optimized.

Alternately, we can use domain specific information to estimate the number of timesteps that will be relevant to the model while learning the problem.

For example, if the sequence problem is a regression time series, perhaps a review of the autocorrelation and partial autocorrelation plots can inform the choice of the number of the timesteps.

If the sequence problem is a natural language processing problem, perhaps the input sequence can be divided by sentence and then padded to a fixed length, or split according to the average sentence length in the domain.

Think broadly and consider what knowledge specific to your domain that you can use to split up the sequence into meaningful chunks.

Rather than guessing at a suitable number of timesteps, you can systematically evaluate a suite of different subsequence lengths for your sequence prediction problem.

You could perform a grid search over each sub-sequence length and adopt the configuration that results in the best performing model on average.

Some notes of caution if you are considering this approach:

If compute resources are not a limitation, then a systematic investigation of different numbers of timesteps is recommended.

You can reformulate your sequence prediction problem as having one input and one output each timestep.

Again, this would require the internal state to be preserved across each timestep of the sequence and reset at the end of each actual sequence (50 samples).

This would put the burden of learning the sequence prediction problem on the internal state of the recurrent neural network. Depending on the type of problem, it may be more than the network can handle and the prediction problem may not be learnable.

Personal experience suggests that this formulation may work well for prediction problems that require memory over the sequence, but perform poorly when the outcome is a complex function of past observations.

The Keras deep learning library used to support a decoupled number of timesteps for the forward and backward pass of Truncated Backpropagation Through Time.

This is no longer supported, but there is some desire to have this feature re-added to the library. It is unclear exactly why it was removed, although evidence suggests it was done for efficiency reasons.

You could explore this approach in Keras. Some ideas include:

Perhaps there are third-party extensions available for Keras that support this behavior.
If you find any, let me know in the comments below.

In this post, you discovered how you can prepare your sequence prediction problem data to make effective use of the Truncated Backpropagation Through Time training algorithm in the Python deep learning library Keras.