Cross-validation is a statistical method used to estimate the skill of machine learning models.

It is commonly used in applied machine learning to compare and select a model for a given predictive modeling problem because it is easy to understand, easy to implement, and results in skill estimates that generally have a lower bias than other methods.

In this tutorial, you will discover a gentle introduction to the k-fold cross-validation procedure for estimating the skill of machine learning models. 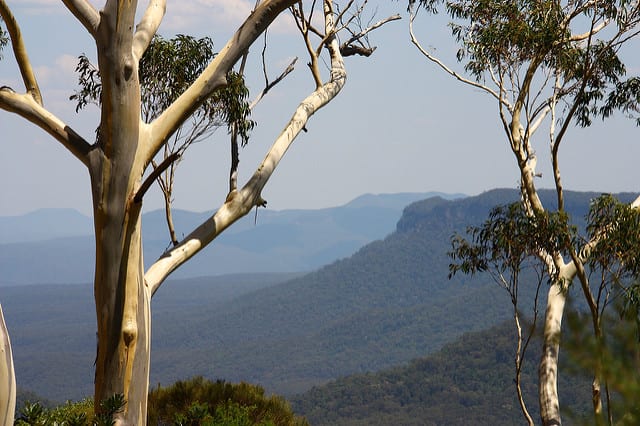 A Gentle Introduction to k-fold Cross-Validation
Photo by Jon Baldock, some rights reserved.

Cross-validation is a resampling procedure used to evaluate machine learning models on a limited data sample.

Cross-validation is primarily used in applied machine learning to estimate the skill of a machine learning model on unseen data. That is, to use a limited sample in order to estimate how the model is expected to perform in general when used to make predictions on data not used during the training of the model.

It is a popular method because it is simple to understand and because it generally results in a less biased or less optimistic estimate of the model skill than other methods, such as a simple train/test split.

The general procedure is as follows:

Importantly, each observation in the data sample is assigned to an individual group and stays in that group for the duration of the procedure. This means that each sample is given the opportunity to be used in the hold out set 1 time and used to train the model k-1 times.

This approach involves randomly dividing the set of observations into k groups, or folds, of approximately equal size. The first fold is treated as a validation set, and the method is fit on the remaining k − 1 folds.

It is also important that any preparation of the data prior to fitting the model occur on the CV-assigned training dataset within the loop rather than on the broader data set. This also applies to any tuning of hyperparameters. A failure to perform these operations within the loop may result in data leakage and an optimistic estimate of the model skill.

Despite the best efforts of statistical methodologists, users frequently invalidate their results by inadvertently peeking at the test data.

The results of a k-fold cross-validation run are often summarized with the mean of the model skill scores. It is also good practice to include a measure of the variance of the skill scores, such as the standard deviation or standard error.

The k value must be chosen carefully for your data sample.

Three common tactics for choosing a value for k are as follows:

The choice of k is usually 5 or 10, but there is no formal rule. As k gets larger, the difference in size between the training set and the resampling subsets gets smaller. As this difference decreases, the bias of the technique becomes smaller

A value of k=10 is very common in the field of applied machine learning, and is recommend if you are struggling to choose a value for your dataset.

To summarize, there is a bias-variance trade-off associated with the choice of k in k-fold cross-validation. Typically, given these considerations, one performs k-fold cross-validation using k = 5 or k = 10, as these values have been shown empirically to yield test error rate estimates that suffer neither from excessively high bias nor from very high variance.

If a value for k is chosen that does not evenly split the data sample, then one group will contain a remainder of the examples. It is preferable to split the data sample into k groups with the same number of samples, such that the sample of model skill scores are all equivalent.

For more on how to configure k-fold cross-validation, see the tutorial:

To make the cross-validation procedure concrete, let’s look at a worked example.

Imagine we have a data sample with 6 observations:

The first step is to pick a value for k in order to determine the number of folds used to split the data. Here, we will use a value of k=3. That means we will shuffle the data and then split the data into 3 groups. Because we have 6 observations, each group will have an equal number of 2 observations.

We can then make use of the sample, such as to evaluate the skill of a machine learning algorithm.

Three models are trained and evaluated with each fold given a chance to be the held out test set.

The models are then discarded after they are evaluated as they have served their purpose.

The skill scores are collected for each model and summarized for use.

We do not have to implement k-fold cross-validation manually. The scikit-learn library provides an implementation that will split a given data sample up.

The KFold() scikit-learn class can be used. It takes as arguments the number of splits, whether or not to shuffle the sample, and the seed for the pseudorandom number generator used prior to the shuffle.

For example, we can create an instance that splits a dataset into 3 folds, shuffles prior to the split, and uses a value of 1 for the pseudorandom number generator.

The split() function can then be called on the class where the data sample is provided as an argument. Called repeatedly, the split will return each group of train and test sets. Specifically, arrays are returned containing the indexes into the original data sample of observations to use for train and test sets on each iteration.

For example, we can enumerate the splits of the indices for a data sample using the created KFold instance as follows:

We can tie all of this together with our small dataset used in the worked example of the prior section.

Running the example prints the specific observations chosen for each train and test set. The indices are used directly on the original data array to retrieve the observation values.

Usefully, the k-fold cross validation implementation in scikit-learn is provided as a component operation within broader methods, such as grid-searching model hyperparameters and scoring a model on a dataset.

Nevertheless, the KFold class can be used directly in order to split up a dataset prior to modeling such that all models will use the same data splits. This is especially helpful if you are working with very large data samples. The use of the same splits across algorithms can have benefits for statistical tests that you may wish to perform on the data later.

There are a number of variations on the k-fold cross validation procedure.

In this tutorial, you discovered a gentle introduction to the k-fold cross-validation procedure for estimating the skill of machine learning models.

Jason Brownlee, PhD is a machine learning specialist who teaches developers how to get results with modern machine learning methods via hands-on tutorials.
View all posts by Jason Brownlee →
How to Transform Data to Better Fit The Normal Distribution
A Gentle Introduction to the Bootstrap Method

295 Responses to A Gentle Introduction to k-fold Cross-Validation