There may be complex and unknown relationships between the variables in your dataset.

It is important to discover and quantify the degree to which variables in your dataset are dependent upon each other. This knowledge can help you better prepare your data to meet the expectations of machine learning algorithms, such as linear regression, whose performance will degrade with the presence of these interdependencies. 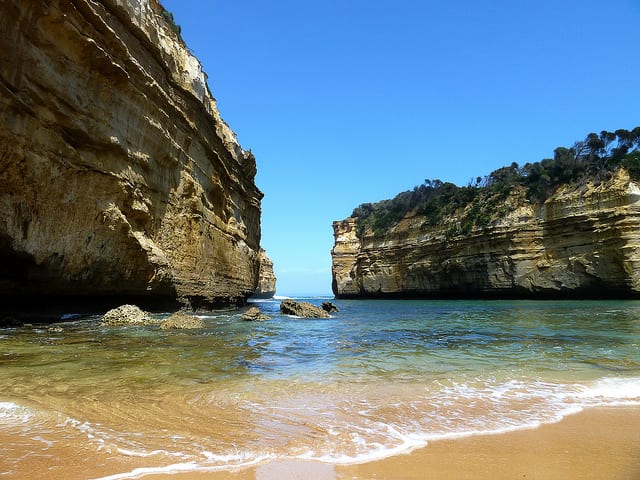 How to Use Correlation to Understand the Relationship Between Variables
Photo by Fraser Mummery, some rights reserved.

Variables within a dataset can be related for lots of reasons.

It can be useful in data analysis and modeling to better understand the relationships between variables. The statistical relationship between two variables is referred to as their correlation.

The performance of some algorithms can deteriorate if two or more variables are tightly related, called multicollinearity. An example is linear regression, where one of the offending correlated variables should be removed in order to improve the skill of the model.

We may also be interested in the correlation between input variables with the output variable in order provide insight into which variables may or may not be relevant as input for developing a model.

The structure of the relationship may be known, e.g. it may be linear, or we may have no idea whether a relationship exists between two variables or what structure it may take. Depending what is known about the relationship and the distribution of the variables, different correlation scores can be calculated.

Before we look at correlation methods, let’s define a dataset we can use to test the methods.

We will use the randn() function to generate random Gaussian values with a mean of 0 and a standard deviation of 1, then multiply the results by our own standard deviation and add the mean to shift the values into the preferred range.

The pseudorandom number generator is seeded to ensure that we get the same sample of numbers each time the code is run.

Running the example first prints the mean and standard deviation for each variable. 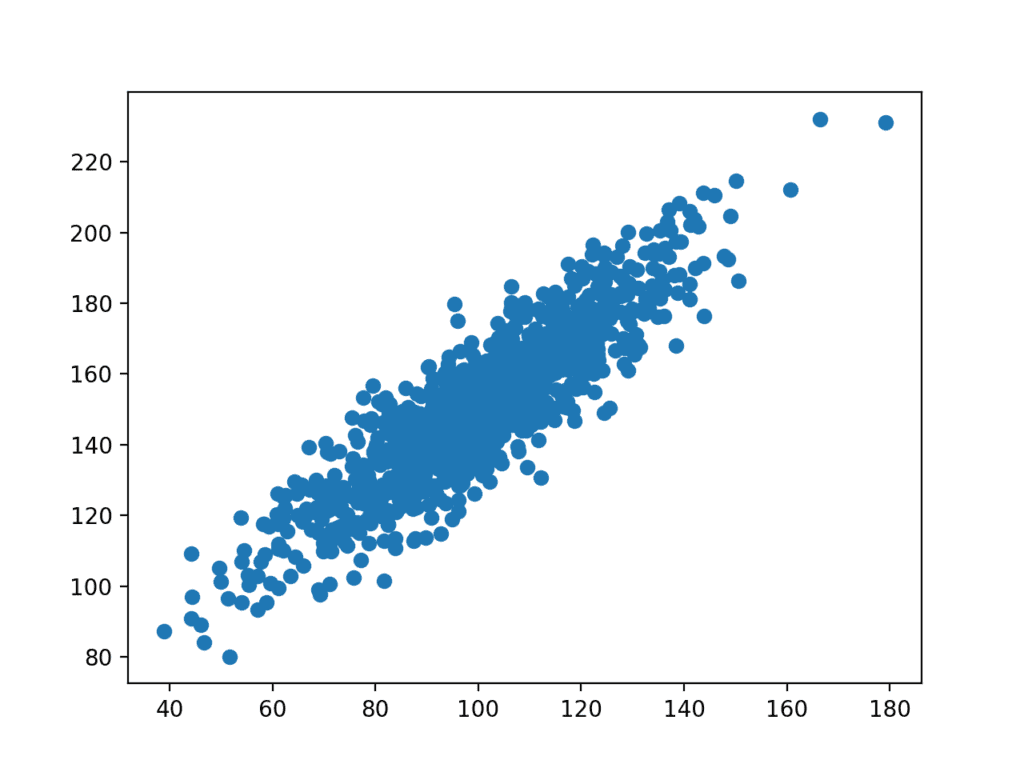 Before we look at calculating some correlation scores, we must first look at an important statistical building block, called covariance.

Variables can be related by a linear relationship. This is a relationship that is consistently additive across the two data samples.

This relationship can be summarized between two variables, called the covariance. It is calculated as the average of the product between the values from each sample, where the values haven been centered (had their mean subtracted).

The calculation of the sample covariance is as follows:

The use of the mean in the calculation suggests the need for each data sample to have a Gaussian or Gaussian-like distribution.

The cov() NumPy function can be used to calculate a covariance matrix between two or more variables.

We can calculate the covariance matrix for the two variables in our test problem.

The covariance and covariance matrix are used widely within statistics and multivariate analysis to characterize the relationships between two or more variables.

Running the example calculates and prints the covariance matrix.

Because the dataset was contrived with each variable drawn from a Gaussian distribution and the variables linearly correlated, covariance is a reasonable method for describing the relationship.

The covariance between the two variables is 389.75. We can see that it is positive, suggesting the variables change in the same direction as we expect.

A problem with covariance as a statistical tool alone is that it is challenging to interpret. This leads us to the Pearson’s correlation coefficient next.

The Pearson correlation coefficient (named for Karl Pearson) can be used to summarize the strength of the linear relationship between two data samples.

The use of mean and standard deviation in the calculation suggests the need for the two data samples to have a Gaussian or Gaussian-like distribution.

The result of the calculation, the correlation coefficient can be interpreted to understand the relationship.

The pearsonr() SciPy function can be used to calculate the Pearson’s correlation coefficient between two data samples with the same length.

Running the example calculates and prints the Pearson’s correlation coefficient.

We can see that the two variables are positively correlated and that the correlation is 0.8. This suggests a high level of correlation, e.g. a value above 0.5 and close to 1.0.

The Pearson’s correlation coefficient can be used to evaluate the relationship between more than two variables.

This can be done by calculating a matrix of the relationships between each pair of variables in the dataset. The result is a symmetric matrix called a correlation matrix with a value of 1.0 along the diagonal as each column always perfectly correlates with itself.

Two variables may be related by a nonlinear relationship, such that the relationship is stronger or weaker across the distribution of the variables.

Further, the two variables being considered may have a non-Gaussian distribution.

In this case, the Spearman’s correlation coefficient (named for Charles Spearman) can be used to summarize the strength between the two data samples. This test of relationship can also be used if there is a linear relationship between the variables, but will have slightly less power (e.g. may result in lower coefficient scores).

Instead of calculating the coefficient using covariance and standard deviations on the samples themselves, these statistics are calculated from the relative rank of values on each sample. This is a common approach used in non-parametric statistics, e.g. statistical methods where we do not assume a distribution of the data such as Gaussian.

If you are unsure of the distribution and possible relationships between two variables, Spearman correlation coefficient is a good tool to use.

The spearmanr() SciPy function can be used to calculate the Spearman’s correlation coefficient between two data samples with the same length.

Running the example calculates and prints the Spearman’s correlation coefficient.

As with the Pearson’s correlation coefficient, the coefficient can be calculated pair-wise for each variable in a dataset to give a correlation matrix for review.

For more help with non-parametric correlation methods in Python, see:

Jason Brownlee, PhD is a machine learning specialist who teaches developers how to get results with modern machine learning methods via hands-on tutorials.
View all posts by Jason Brownlee →
How to Remove Outliers for Machine Learning
A Gentle Introduction to Calculating Normal Summary Statistics

127 Responses to How to Calculate Correlation Between Variables in Python