A common problem in applied machine learning is determining whether input features are relevant to the outcome to be predicted.

This is the problem of feature selection.

The Pearson’s chi-squared statistical hypothesis is an example of a test for independence between categorical variables.

In this tutorial, you will discover the chi-squared statistical hypothesis test for quantifying the independence of pairs of categorical variables. 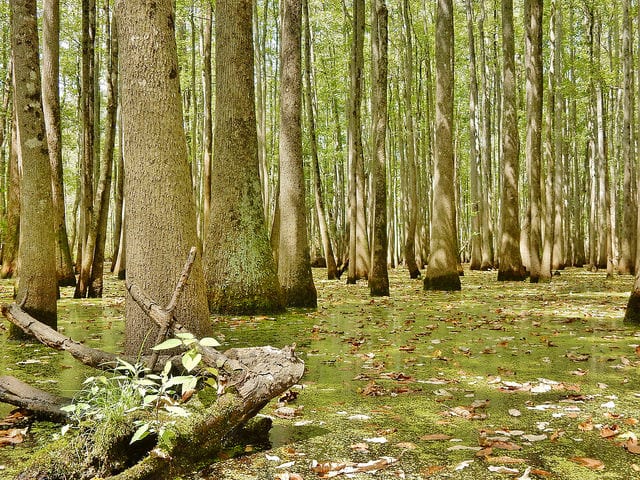 A Gentle Introduction to the Chi-Squared Test for Machine Learning
Photo by NC Wetlands, some rights reserved

A categorical variable is a variable that may take on one of a set of labels.

An example might be sex, which may be summarized as male or female. The variable or factor is ‘sex‘ and the labels or levels of the variable are ‘male‘ and ‘female‘ in this case.

Historically, a table summarization of two categorical variables in this form is called a contingency table.

For example, the Sex=rows and Interest=columns table with contrived counts might look as follows:

The table was called a contingency table, by Karl Pearson, because the intent is to help determine whether one variable is contingent upon or depends upon the other variable. For example, does an interest in math or science depend on gender, or are they independent?

This is challenging to determine from the table alone; instead, we can use a statistical method called the Pearson’s Chi-Squared test.

Given the Sex/Interest example above, the number of observations for a category (such as male and female) may or may not the same. Nevertheless, we can calculate the expected frequency of observations in each Interest group and see whether the partitioning of interests by Sex results in similar or different frequencies.

The result of the test is a test statistic that has a chi-squared distribution and can be interpreted to reject or fail to reject the assumption or null hypothesis that the observed and expected frequencies are the same.

The variables are considered independent if the observed and expected frequencies are similar, that the levels of the variables do not interact, are not dependent.

We can interpret the test statistic in the context of the chi-squared distribution with the requisite number of degress of freedom as follows:

The degrees of freedom for the chi-squared distribution is calculated based on the size of the contingency table as:

In terms of a p-value and a chosen significance level (alpha), the test can be interpreted as follows:

For the test to be effective, at least five observations are required in each cell of the contingency table.

Next, let’s look at how we can calculate the chi-squared test.

The Pearson’s chi-squared test for independence can be calculated in Python using the chi2_contingency() SciPy function.

The function takes an array as input representing the contingency table for the two categorical variables. It returns the calculated statistic and p-value for interpretation as well as the calculated degrees of freedom and table of expected frequencies.

We can interpret the statistic by retrieving the critical value from the chi-squared distribution for the probability and number of degrees of freedom.

For example, a probability of 95% can be used, suggesting that the finding of the test is quite likely given the assumption of the test that the variable is independent. If the statistic is less than or equal to the critical value, we can fail to reject this assumption, otherwise it can be rejected.

We can also interpret the p-value by comparing it to a chosen significance level, which would be 5%, calculated by inverting the 95% probability used in the critical value interpretation.

We can tie all of this together and demonstrate the chi-squared significance test using a contrived contingency table.

A contingency table is defined below that has a different number of observations for each population (row), but a similar proportion across each group (column). Given the similar proportions, we would expect the test to find that the groups are similar and that the variables are independent (fail to reject the null hypothesis, or H0).

Running the example first prints the contingency table. The test is calculated and the degrees of freedom (dof) is reported as 2, which makes sense given:

Next, the calculated expected frequency table is printed and we can see that indeed the observed contingency table does appear to match via an eyeball check of the numbers.

The critical value is calculated and interpreted, finding that indeed the variables are independent (fail to reject H0). The interpretation of the p-value makes the same finding.

In this tutorial, you discovered the chi-squared statistical hypothesis test for quantifying the independence of pairs of categorical variables.

Jason Brownlee, PhD is a machine learning specialist who teaches developers how to get results with modern machine learning methods via hands-on tutorials.
View all posts by Jason Brownlee →
How to Calculate the 5-Number Summary for Your Data in Python
Statistical Significance Tests for Comparing Machine Learning Algorithms