In is common, if not standard, to interpret the results of statistical hypothesis tests using a p-value.

Not all implementations of statistical tests return p-values. In some cases, you must use alternatives, such as critical values. In addition, critical values are used when estimating the expected intervals for observations from a population, such as in tolerance intervals.

In this tutorial, you will discover critical values, why they are important, how they are used, and how to calculate them in Python using SciPy. 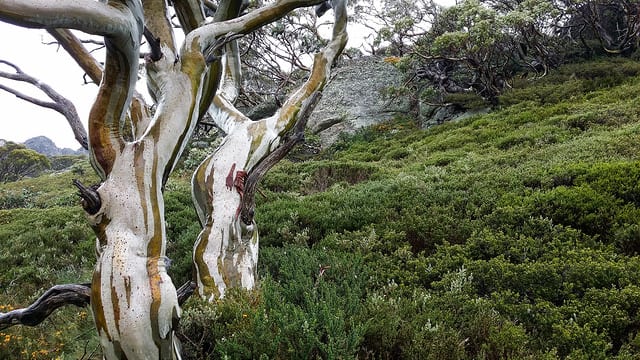 Why Do We Need Critical Values?

Many statistical hypothesis tests return a p-value that is used to interpret the outcome of the test.

Some tests do not return a p-value, requiring an alternative method for interpreting the calculated test statistic directly.

A statistic calculated by a statistical hypothesis test can be interpreted using critical values from the distribution of the test statistic.

Some examples of statistical hypothesis tests and their distributions from which critical values can be calculated are as follows:

Critical values are also used when defining intervals for expected (or unexpected) observations in distributions. Calculating and using critical values may be appropriate when quantifying the uncertainty of estimated statistics or intervals such as confidence intervals and tolerance intervals.

What Is a Critical Value?

A critical value is defined in the context of the population distribution and a probability.

An observation from the population with a value equal to or lesser than a critical value with the given probability.

We can express this mathematically as follows:

Critical values are calculated using a mathematical function where the probability is provided as an argument. For most common distributions, the value cannot be calculated analytically; instead it must be estimated using numerical methods. Historically it is common for tables of pre-calculated critical values to be provided in the appendices of statistics textbooks for reference purposes.

Critical values are used in statistical significance testing. The probability is often expressed as a significance, denoted as the lowercase Greek letter alpha (a), which is the inverted probability.

Standard alpha values are used when calculating critical values, chosen for historical reasons and continually used for consistency reasons. These alpha values include:

Critical values provide an alternative and equivalent way to interpret statistical hypothesis tests to the p-value.

How to Use Critical Values

Calculated critical values are used as a threshold for interpreting the result of a statistical test.

The observation values in the population beyond the critical value are often called the “critical region” or the “region of rejection“.

Critical Value: A value appearing in tables for specified statistical tests indicating at what computed value the null hypothesis can be rejected (the computed statistic falls in the rejection region).

— Page 265, Handbook of Research Methods: A Guide for Practitioners and Students in the Social Sciences, 2003.

A statistical test may be one-tailed or two-tailed.

A one-tailed test has a single critical value, such as on the left or the right of the distribution.

Often, a one-tailed test has a critical value on the right of the distribution for non-symmetrical distributions (such as the Chi-Squared distribution).

We can summarize this interpretation as follows:

A two-tailed test has two critical values, one on each side of the distribution, which is often assumed to be symmetrical (e.g. Gaussian and Student-t distributions.).

When using a two-tailed test, a significance level (or alpha) used in the calculation of the critical values must be divided by 2. The critical value will then use a portion of this alpha on each side of the distribution.

We can summarize this interpretation as follows:

Where |Test Statistic| is the absolute value of the calculated test statistic.

How to Calculate Critical Values

Density functions return the probability of an observation in the distribution. Recall the definitions of the PDF and CDF as follows:

In order to calculate a critical value, we require a function that, given a probability (or significance), will return the observation value from the distribution.

Specifically, we require the inverse of the cumulative density function, where given a probability, we are given the observation value that is less than or equal to the probability. This is called the percent point function (PPF), or more generally the quantile function.

Specifically, a value from the distribution will equal or be less than the value returned from the PPF with the specified probability.

Let’s make this concrete with three distributions from which it is commonly required to calculate critical values. Namely, the Gaussian distribution, Student’s t-distribution, and the Chi-squared distribution.

We can calculate the percent point function in SciPy using the ppf() function on a given distribution. It should also be noted that you can also calculate the ppf() using the inverse survival function called isf() in SciPy. This is mentioned as you may see use of this alternate approach in third party code.

The example below calculates the percent point function for 95% on the standard Gaussian distribution.

Running the example first prints the value that marks 95% or less of the observations from the distribution of about 1.65. This value is then confirmed by retrieving the probability of the observation from the CDF, which returns 95%, as expected.

We can see that the value 1.65 aligns with our expectation with regard to the number of standard deviations from the mean that cover 95% of the distribution in the 68–95–99.7 rule.

The example below calculates the percentage point function for 95% on the standard Student’s t-distribution with 10 degrees of freedom.

Running the example returns the value of about 1.812 or less that covers 95% of the observations from the chosen distribution. The probability of the value is then confirmed (with minor rounding error) via the CDF.

The example below calculates the percentage point function for 95% on the standard Chi-Squared distribution with 10 degrees of freedom.

Running the example first calculates the value of 18.3 or less that covers 95% of the observations from the distribution. The probability of this observation is confirmed by using it as input to the CDF.

In this tutorial, you discovered critical values, why they are important, how they are used, and how to calculate them in Python using SciPy.