By Jason Brownlee on February 19, 2014 in Machine Learning Process

The test options you use when evaluating machine learning algorithms can mean the difference between over-learning, a mediocre result and a usable state-of-the-art result that you can confidently shout from the roof tops (you really do feel like doing that sometimes).

In this post you will discover the standard test options you can use in your algorithm evaluation test harness and how to choose the right options next time.

The root of the difficulty in choosing the right test options is randomness. Most (almost all) machine learning algorithms use randomness in some way. The randomness may be explicit in the algorithm or may be in the sample of the data selected to train the algorithm. 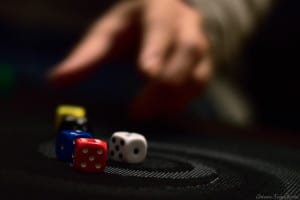 Train and Test on Same Data

The problem with this approach of evaluating algorithms is that you indeed will know the performance of the algorithm on the dataset, but do not have any indication of how the algorithm will perform on data that the model was not trained on (so-called unseen data).

This matters, only if you want to use the model to make predictions on unseen data.

A simple way to use one dataset to both train and estimate the performance of the algorithm on unseen data is to split the dataset. You take the dataset, and split it into a training dataset and a test dataset. For example, you randomly select 66% of the instances for training and use the remaining 34% as a test dataset.

The algorithm is run on the training dataset and a model is created and assessed on the test dataset and you get a performance accuracy, lets say 87% classification accuracy.

Spit tests are fast and great when you have a lot of data or when training a model is expensive (it resources or time). A split test on a very very large dataset can produce an accurate estimate of the actual performance of the algorithm.

How good is the algorithm on the data? Can we confidently say it can achieve an accuracy of 87%?

A problem is that if we spit the training dataset again into a different 66%/34% split, we would get a different result from our algorithm. This is called model variance.

A solution to our problem with the split test getting different results on different splits of the dataset is to reduce the variance of the random process and do it many times. We can collect the results from a fair number of runs (say 10) and take the average.

The average performance of our model is 87.5, with a standard deviation of about 0.85. 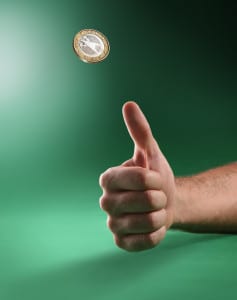 A problem with multiple split tests is that it is possible that some data instance are never included for training or testing, where as others may be selected multiple times. The effect is that this may skew results and may not give an meaningful idea of the accuracy of the algorithm.

A solution to the problem of ensuring each instance is used for training and testing an equal number of times while reducing the variance of an accuracy score is to use cross validation. Specifically k-fold cross validation, where k is the number of splits to make in the dataset.

In this example, each data instance will be used as a training instance exactly 9 times and as a test instance 1 time. The accuracy will not be a mean and a standard deviation, but instead will be an exact accuracy score of how many correct predictions were made.

The k-fold cross validation method is the go-to method for evaluating the performance of an algorithm on a dataset. You want to choose k-values that give you a good sized training and test dataset for your algorithm. Not too disproportionate (too large or small for training or test). If you have a lot of data, you may may have to resort to either sampling the data or reverting to a split test.

Another point of concern is that cross validation itself uses randomness to decide how to split the dataset into k folds. Cross validation does not estimate how the algorithm perform with different sets of folds.

This only matters if you want to understand how robust the algorithm is on the dataset.

A way to account for the variance in the algorithm itself is to run cross validation multiple times and take the mean and the standard deviation of the algorithm accuracy from each run.

This only matters if you want to compare the results between algorithms.

A solution to comparing algorithm performance measures when using multiple runs of k-fold cross validation is to use statistical significance tests (like the Student’s t-test).

The results from multiple runs of k-fold cross validation is a list of numbers. We like to summarize these numbers using the mean and standard deviation. You can think of these numbers as a sample from an underlying population. A statistical significance test answers the question: are two samples drawn from the same population? (no difference). If the answer is “yes”, then, even if the mean and standard deviations differ, the difference can be said to be not statistically significant.

We can use statistical significance tests to give meaning to the differences (or lack there of) between algorithm results when using multiple runs (like multiple runs of k-fold cross validation with different random number seeds). This can when we want to make accurate claims about results (algorithm A was better than algorithm B and the difference was statistically significant)

This is not the end of the story, because there are different statistical significance tests (parametric and nonparametric) and parameters to those tests (p-value). I’m going to draw the line here because if you have followed me this far, you now know enough about selecting test options to produce rigorous (publishable!) results.

In this post you have discovered the difference between the main test options available to you when designing a test harness to evaluate machine learning algorithms.

Specifically, you learned the utility and problems with: