By Jason Brownlee on February 28, 2018 in Linear Algebra

Fundamental statistics are useful tools in applied machine learning for a better understanding your data.

They are also the tools that provide the foundation for more advanced linear algebra operations and machine learning methods, such as the covariance matrix and principal component analysis respectively. As such, it is important to have a strong grip on fundamental statistics in the context of linear algebra notation.

In this tutorial, you will discover how fundamental statistical operations work and how to implement them using NumPy with notation and terminology from linear algebra. 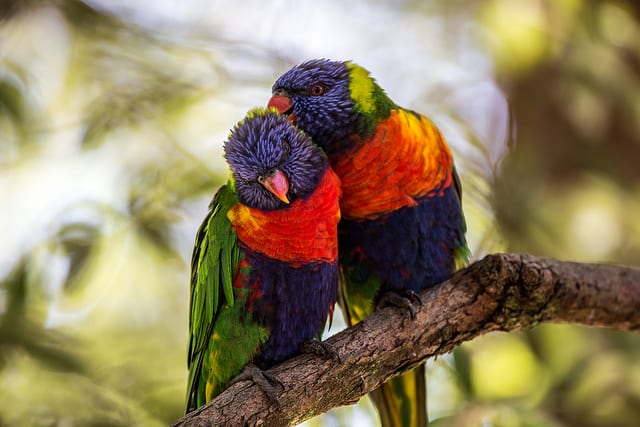 A Gentle Introduction to Expected Value, Variance, and Covariance with NumPy
Photo by Robyn Jay, some rights reserved.

In probability, the average value of some random variable X is called the expected value or the expectation.

The expected value uses the notation E with square brackets around the name of the variable; for example:

It is calculated as the probability weighted sum of values that can be drawn.

In simple cases, such as the flipping of a coin or rolling a dice, the probability of each event is just as likely. Therefore, the expected value can be calculated as the sum of all values multiplied by the reciprocal of the number of values.

In statistics, the mean, or more technically the arithmetic mean or sample mean, can be estimated from a sample of examples drawn from the domain. It is confusing because mean, average, and expected value are used interchangeably.

In the abstract, the mean is denoted by the lower case Greek letter mu and is calculated from the sample of observations, rather than all possible values.

Where x is the vector of observations and P(x) is the calculated probability for each value.

When calculated for a specific variable, such as x, the mean is denoted as a lower case variable name with a line above, called x-bar.

The arithmetic mean can be calculated for a vector or matrix in NumPy by using the mean() function.

The example below defines a 6-element vector and calculates the mean.

Running the example first prints the defined vector and the mean of the values in the vector.

The mean function can calculate the row or column means of a matrix by specifying the axis argument and the value 0 or 1 respectively.

The example below defines a 2×6 matrix and calculates both column and row means.

Running the example first prints the defined matrix, then the calculated column and row mean values.

In probability, the variance of some random variable X is a measure of how much values in the distribution vary on average with respect to the mean.

The variance is denoted as the function Var() on the variable.

In statistics, the variance can be estimated from a sample of examples drawn from the domain.

In the abstract, the sample variance is denoted by the lower case sigma with a 2 superscript indicating the units are squared, not that you must square the final value. The sum of the squared differences is multiplied by the reciprocal of the number of examples minus 1 to correct for a bias.

The example below defines a 6-element vector and calculates the sample variance.

Running the example first prints the defined vector and then the calculated sample variance of the values in the vector.

The var function can calculate the row or column variances of a matrix by specifying the axis argument and the value 0 or 1 respectively, the same as the mean function above.

The example below defines a 2×6 matrix and calculates both column and row sample variances.

Running the example first prints the defined matrix and then the column and row sample variance values.

The standard deviation is calculated as the square root of the variance and is denoted as lowercase “s”.

To keep with this notation, sometimes the variance is indicated as s^2, with 2 as a superscript, again showing that the units are squared.

The example below demonstrates how to calculate the sample standard deviation for the rows and columns of a matrix.

Running the example first prints the defined matrix and then the column and row sample standard deviation values.

In probability, covariance is the measure of the joint probability for two random variables. It describes how the two variables change together.

It is denoted as the function cov(X, Y), where X and Y are the two random variables being considered.

In statistics, the sample covariance can be calculated in the same way, although with a bias correction, the same as with the variance.

The example below defines two vectors of equal length with one increasing and one decreasing. We would expect the covariance between these variables to be negative.

We access just the covariance for the two variables as the [0,1] element of the square covariance matrix returned.

Running the example first prints the two vectors followed by the covariance for the values in the two vectors. The value is negative, as we expected.

The covariance can be normalized to a score between -1 and 1 to make the magnitude interpretable by dividing it by the standard deviation of X and Y. The result is called the correlation of the variables, also called the Pearson correlation coefficient, named for the developer of the method.

Where r is the correlation coefficient of X and Y, cov(X, Y) is the sample covariance of X and Y and sX and sY are the standard deviations of X and Y respectively.

NumPy provides the corrcoef() function for calculating the correlation between two variables directly. Like cov(), it returns a matrix, in this case a correlation matrix. As with the results from cov() we can access just the correlation of interest from the [0,1] value from the returned squared matrix.

Running the example first prints the two defined vectors followed by the correlation coefficient. We can see that the vectors are maximally negatively correlated as we designed.

The covariance matrix is a square and symmetric matrix that describes the covariance between two or more random variables.

The diagonal of the covariance matrix are the variances of each of the random variables.

A covariance matrix is a generalization of the covariance of two variables and captures the way in which all variables in the dataset may change together.

The covariance matrix is denoted as the uppercase Greek letter Sigma. The covariance for each pair of random variables is calculated as above.

And X is a matrix where each column represents a random variable.

The covariance matrix provides a useful tool for separating the structured relationships in a matrix of random variables. This can be used to decorrelate variables or applied as a transform to other variables. It is a key element used in the Principal Component Analysis data reduction method, or PCA for short.

The cov() function can be called with a single matrix containing columns on which to calculate the covariance matrix, or two arrays, such as one for each variable.

Below is an example that defines two 9-element vectors and calculates the unbiased covariance matrix from them.

Running the example first prints the two vectors and then the calculated covariance matrix.

The values of the arrays were contrived such that as one variable increases, the other decreases. We would expect to see a negative sign on the covariance for these two variables, and this is what we see in the covariance matrix.

In this tutorial, you discovered how fundamental statistical operations work and how to implement them using NumPy with notation and terminology from linear algebra.

18 Responses to A Gentle Introduction to Expected Value, Variance, and Covariance with NumPy