By Jason Brownlee on August 19, 2020 in Python Machine Learning

The performance of a machine learning model can be characterized in terms of the bias and the variance of the model.

A model with high bias makes strong assumptions about the form of the unknown underlying function that maps inputs to outputs in the dataset, such as linear regression. A model with high variance is highly dependent upon the specifics of the training dataset, such as unpruned decision trees. We desire models with low bias and low variance, although there is often a trade-off between these two concerns.

The bias-variance trade-off is a useful conceptualization for selecting and configuring models, although generally cannot be computed directly as it requires full knowledge of the problem domain, which we do not have. Nevertheless, in some cases, we can estimate the error of a model and divide the error down into bias and variance components, which may provide insight into a given model’s behavior.

In this tutorial, you will discover how to calculate the bias and variance for a machine learning model. 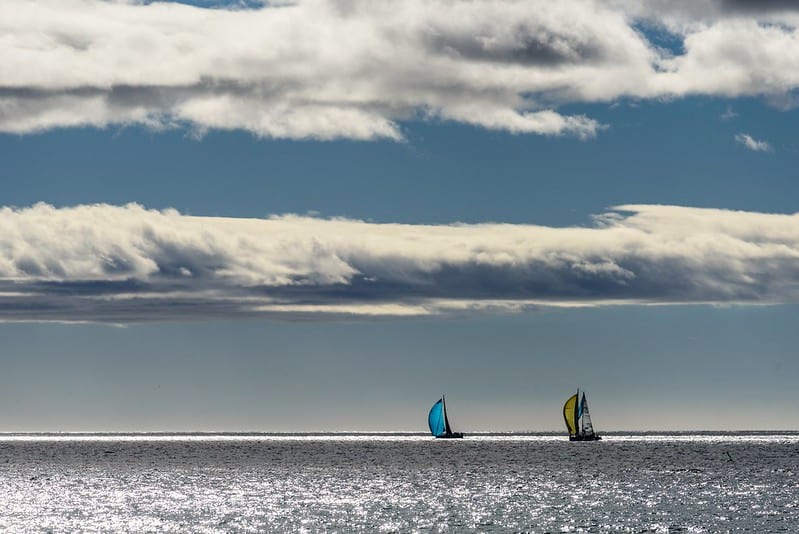 How to Calculate the Bias-Variance Trade-off in Python
Photo by Nathalie, some rights reserved.

Consider a machine learning model that makes predictions for a predictive modeling task, such as regression or classification.

The performance of the model on the task can be described in terms of the prediction error on all examples not used to train the model. We will refer to this as the model error.

Let’s take a closer look at each of these three terms.

The bias is a measure of how close the model can capture the mapping function between inputs and outputs.

It captures the rigidity of the model: the strength of the assumption the model has about the functional form of the mapping between inputs and outputs.

This reflects how close the functional form of the model can get to the true relationship between the predictors and the outcome.

A model with high bias is helpful when the bias matches the true but unknown underlying mapping function for the predictive modeling problem. Yet, a model with a large bias will be completely useless when the functional form for the problem is mismatched with the assumptions of the model, e.g. assuming a linear relationship for data with a high non-linear relationship.

The bias is always positive.

It captures the impact of the specifics the data has on the model.

Variance refers to the amount by which [the model] would change if we estimated it using a different training data set.

— Page 34, An Introduction to Statistical Learning with Applications in R, 2014.

The variance is always positive.

The reducible error is the element that we can improve. It is the quantity that we reduce when the model is learning on a training dataset and we try to get this number as close to zero as possible.

The irreducible error is the error that we can not remove with our model, or with any model.

The error is caused by elements outside our control, such as statistical noise in the observations.

… usually called “irreducible noise” and cannot be eliminated by modeling.

As such, although we may be able to squash the reducible error to a very small value close to zero, or even zero in some cases, we will also have some irreducible error. It defines a lower bound in performance on a problem.

It is important to keep in mind that the irreducible error will always provide an upper bound on the accuracy of our prediction for Y. This bound is almost always unknown in practice.

— Page 19, An Introduction to Statistical Learning with Applications in R, 2014.

It is a reminder that no model is perfect.

The bias and the variance of a model’s performance are connected.

Ideally, we would prefer a model with low bias and low variance, although in practice, this is very challenging. In fact, this could be described as the goal of applied machine learning for a given predictive modeling problem,

This relationship is generally referred to as the bias-variance trade-off. It is a conceptual framework for thinking about how to choose models and model configuration.

High bias is not always bad, nor is high variance, but they can lead to poor results.

We often must test a suite of different models and model configurations in order to discover what works best for a given dataset. A model with a large bias may be too rigid and underfit the problem. Conversely, a large variance may overfit the problem.

We may decide to increase the bias or the variance as long as it decreases the overall estimate of model error.

Calculate the Bias and Variance

I get this question all the time:

How can I calculate the bias-variance trade-off for my algorithm on my dataset?

Technically, we cannot perform this calculation.

We cannot calculate the actual bias and variance for a predictive modeling problem.

This is because we do not know the true mapping function for a predictive modeling problem.

Instead, we use the bias, variance, irreducible error, and the bias-variance trade-off as tools to help select models, configure models, and interpret results.

In a real-life situation in which f is unobserved, it is generally not possible to explicitly compute the test MSE, bias, or variance for a statistical learning method. Nevertheless, one should always keep the bias-variance trade-off in mind.

Even though the bias-variance trade-off is a conceptual tool, we can estimate it in some cases.

The mlxtend library by Sebastian Raschka provides the bias_variance_decomp() function that can estimate the bias and variance for a model over multiple bootstrap samples.

First, you must install the mlxtend library; for example:

The example below loads the Boston housing dataset directly via URL, splits it into train and test sets, then estimates the mean squared error (MSE) for a linear regression as well as the bias and variance for the model error over 200 bootstrap samples.

In this case, we can see that the model has a high bias and a low variance. This is to be expected given that we are using a linear regression model. We can also see that the sum of the estimated mean and variance equals the estimated error of the model, e.g. 20.726 + 1.761 = 22.487.

In this tutorial, you discovered how to calculate the bias and variance for a machine learning model.