By Jason Brownlee on May 23, 2016 in Python Machine Learning

You need to know how well your algorithms perform on unseen data.

The best way to evaluate the performance of an algorithm would be to make predictions for new data to which you already know the answers. The second best way is to use clever techniques from statistics called resampling methods that allow you to make accurate estimates for how well your algorithm will perform on new data.

In this post you will discover how you can estimate the accuracy of your machine learning algorithms using resampling methods in Python and scikit-learn. 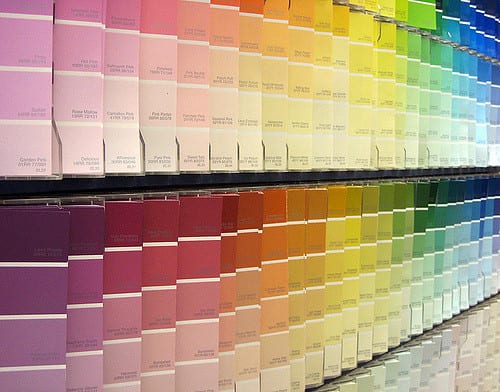 Resampling methods are demonstrated in this post using small code recipes in Python.

Each recipe is designed to be standalone so that you can copy-and-paste it into your project and use it immediately.

The Pima Indians onset of diabetes dataset is used in each recipe. This is a binary classification problem where all of the input variables are numeric. In each recipe it is downloaded directly. You can replace it with your own dataset as needed.

The simple answer is overfitting.

Imagine an algorithm that remembers every observation it is shown. If you evaluated your machine learning algorithm on the same dataset used to train the algorithm, then an algorithm like this would have a perfect score on the training dataset. But the predictions it made on new data would be terrible.

We must evaluate our machine learning algorithms on data that is not used to train the algorithm.

The evaluation is an estimate that we can use to talk about how well we think the algorithm may actually do in practice. It is not a guarantee of performance.

Once we estimate the performance of our algorithm, we can then re-train the final algorithm on the entire training dataset and get it ready for operational use.

Next up we are going to look at four different techniques that we can use to split up our training dataset and create useful estimates of performance for our machine learning algorithms:

We will start with the simplest method called Train and Test Sets.

1. Split into Train and Test Sets

The simplest method that we can use to evaluate the performance of a machine learning algorithm is to use different training and testing datasets.

We can take our original dataset, split it into two parts. Train the algorithm on the first part, make predictions on the second part and evaluate the predictions against the expected results.

The size of the split can depend on the size and specifics of your dataset, although it is common to use 67% of the data for training and the remaining 33% for testing.

This algorithm evaluation technique is very fast. It is ideal for large datasets (millions of records) where there is strong evidence that both splits of the data are representative of the underlying problem. Because of the speed, it is useful to use this approach when the algorithm you are investigating is slow to train.

In the example below we split the data Pima Indians dataset into 67%/33% split for training and test and evaluate the accuracy of a Logistic Regression model.

This is important if we want to compare this result to the estimated accuracy of another machine learning algorithm or the same algorithm with a different configuration. To ensure the comparison was apples-for-apples, we must ensure that they are trained and tested on the same data.

Cross validation is an approach that you can use to estimate the performance of a machine learning algorithm with less variance than a single train-test set split.

After running cross validation you end up with k different performance scores that you can summarize using a mean and a standard deviation.

The result is a more reliable estimate of the performance of the algorithm on new data given your test data. It is more accurate because the algorithm is trained and evaluated multiple times on different data.

The choice of k must allow the size of each test partition to be large enough to be a reasonable sample of the problem, whilst allowing enough repetitions of the train-test evaluation of the algorithm to provide a fair estimate of the algorithms performance on unseen data. For modest sized datasets in the thousands or tens of thousands of records, k values of 3, 5 and 10 are common.

In the example below we use 10-fold cross validation.

You can see that we report both the mean and the standard deviation of the performance measure.

3. Leave One Out Cross Validation

The result is a large number of performance measures that can be summarized in an effort to give a more reasonable estimate of the accuracy of your model on unseen data. A downside is that it can be a computationally more expensive procedure than k-fold cross validation.

In the example below we use leave-one-out cross validation.

You can see in the standard deviation that the score has more variance than the k-fold cross validation results described above.

Another variation on k-fold cross validation is to create a random split of the data like the train/test split described above, but repeat the process of splitting and evaluation of the algorithm multiple times, like cross validation.

This has the speed of using a train/test split and the reduction in variance in the estimated performance of k-fold cross validation. You can also repeat the process many more times as need. A down side is that repetitions may include much of the same data in the train or the test split from run to run, introducing redundancy into the evaluation.

The example below splits the data into a 67%/33% train/test split and repeats the process 10 times.

We can see that the distribution of the performance measure is on par with k-fold cross validation above.

What Techniques to Use When

The best advice is to experiment and find a technique for your problem that is fast and produces reasonable estimates of performance that you can use to make decisions. If in doubt, use 10-fold cross validation.

In this post you discovered statistical techniques that you can use to estimate the performance of your machine learning algorithms, called resampling.

Specifically, you learned about:

Do you have any questions about resampling methods or this post? Ask your question in the comments and I will do my best to answer it.