By Jason Brownlee on December 17, 2018 in Deep Learning Performance

Training a deep neural network that can generalize well to new data is a challenging problem.

A modern approach to reducing generalization error is to use a larger model that may be required to use regularization during training that keeps the weights of the model small. These techniques not only reduce overfitting, but they can also lead to faster optimization of the model and better overall performance.

In this post, you will discover the problem of overfitting when training neural networks and how it can be addressed with regularization methods. 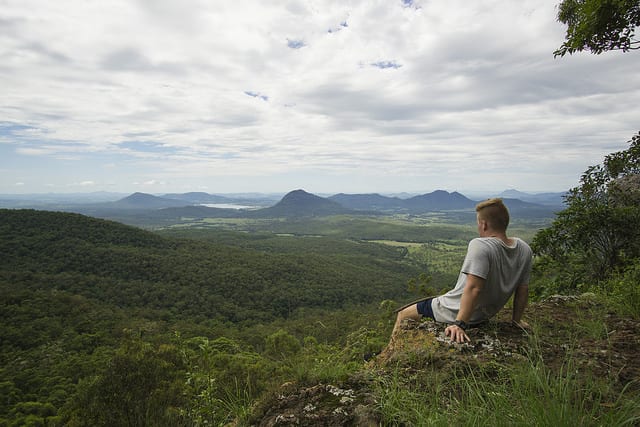 A Gentle Introduction to Regularization to Reduce Overfitting and Improve Generalization Error
Photo by jaimilee.beale, some rights reserved.

The Problem of Model Generalization and Overfitting

The objective of a neural network is to have a final model that performs well both on the data that we used to train it (e.g. the training dataset) and the new data on which the model will be used to make predictions.

Learning and also generalizing to new cases is hard.

A model fit can be considered in the context of the bias-variance trade-off.

In order to generalize well, a system needs to be sufficiently powerful to approximate the target function. If it is too simple to fit even the training data then generalization to new data is also likely to be poor. […] An overly complex system, however, may be able to approximate the data in many different ways that give similar errors and is unlikely to choose the one that will generalize best …

We can address underfitting by increasing the capacity of the model. Capacity refers to the ability of a model to fit a variety of functions; more capacity, means that a model can fit more types of functions for mapping inputs to outputs. Increasing the capacity of a model is easily achieved by changing the structure of the model, such as adding more layers and/or more nodes to layers.

Because an underfit model is so easily addressed, it is more common to have an overfit model.

As training progresses, the generalization error may decrease to a minimum and then increase again as the network adapts to idiosyncrasies of the training data.

A learning curve plot tells the story of the model learning the problem until a point at which it begins overfitting and its ability to generalize to the unseen validation dataset begins to get worse.

There are two ways to approach an overfit model:

A benefit of very deep neural networks is that their performance continues to improve as they are fed larger and larger datasets. A model with a near-infinite number of examples will eventually plateau in terms of what the capacity of the network is capable of learning.

In the case of neural networks, the complexity can be varied by changing the number of adaptive parameters in the network. This is called structural stabilization. […] The second principal approach to controlling the complexity of a model is through the use of regularization which involves the addition of a penalty term to the error function.

For example, the structure could be tuned such as via grid search until a suitable number of nodes and/or layers is found to reduce or remove overfitting for the problem. Alternately, the model could be overfit and pruned by removing nodes until it achieves suitable performance on a validation dataset.

It is more common to instead constrain the complexity of the model by ensuring the parameters (weights) of the model remain small. Small parameters suggest a less complex and, in turn, more stable model that is less sensitive to statistical fluctuations in the input data.

Large weighs tend to cause sharp transitions in the [activation] functions and thus large changes in output for small changes in inputs.

It is more common to focus on methods that constrain the size of the weights in a neural network because a single network structure can be defined that is under-constrained, e.g. has a much larger capacity than is required for the problem, and regularization can be used during training to ensure that the model does not overfit. In such cases, performance can even be better as the additional capacity can be focused on better learning generalizable concepts in the problem.

Techniques that seek to reduce overfitting (reduce generalization error) by keeping network weights small are referred to as regularization methods. More specifically, regularization refers to a class of approaches that add additional information to transform an ill-posed problem into a more stable well-posed problem.

A problem is said to be ill-posed if small changes in the given information cause large changes in the solution. This instability with respect to the data makes solutions unreliable because small measurement errors or uncertainties in parameters may be greatly magnified and lead to wildly different responses. […] The idea behind regularization is to use supplementary information to restate an ill-posed problem in a stable form.

Regularization methods are so widely used to reduce overfitting that the term “regularization” may be used for any method that improves the generalization error of a neural network model.

Regularization is any modification we make to a learning algorithm that is intended to reduce its generalization error but not its training error. Regularization is one of the central concerns of the field of machine learning, rivaled in its importance only by optimization.

The simplest and perhaps most common regularization method is to add a penalty to the loss function in proportion to the size of the weights in the model.

This will encourage the model to map the inputs to the outputs of the training dataset in such a way that the weights of the model are kept small. This approach is called weight regularization or weight decay and has proven very effective for decades for both simpler linear models and neural networks.

A simple alternative to gathering more data is to reduce the size of the model or improve regularization, by adjusting hyperparameters such as weight decay coefficients …

Below is a list of five of the most common additional regularization methods.

Most of these methods have been demonstrated (or proven) to approximate the effect of adding a penalty to the loss function.

Each method approaches the problem differently, offering benefits in terms of a mixture of generalization performance, configurability, and/or computational complexity.

You should always consider using regularization, unless you have a very large dataset, e.g. big-data scale.

Unless your training set contains tens of millions of examples or more, you should include some mild forms of regularization from the start.

A good general recommendation is to design a neural network structure that is under-constrained and to use regularization to reduce the likelihood of overfitting.

… controlling the complexity of the model is not a simple matter of finding the model of the right size, with the right number of parameters. Instead, … in practical deep learning scenarios, we almost always do find—that the best fitting model (in the sense of minimizing generalization error) is a large model that has been regularized appropriately.

Early stopping should almost universally be used in addition to a method to keep weights small during training.

Some more specific recommendations include:

These recommendations would suit Multilayer Perceptrons and Convolutional Neural Networks.

Some recommendations for recurrent neural nets include:

There are no silver bullets when it comes to regularization and systematic experimentation is strongly encouraged.

In this post, you discovered the problem of overfitting when training neural networks and how it can be addressed with regularization methods.