By Mehreen Saeed on September 1, 2022 in Attention

Deep learning networks have gained immense popularity in the past few years. The “attention mechanism” is integrated with deep learning networks to improve their performance. Adding an attention component to the network has shown significant improvement in tasks such as machine translation, image recognition, text summarization, and similar applications.

This tutorial shows how to add a custom attention layer to a network built using a recurrent neural network. We’ll illustrate an end-to-end application of time series forecasting using a very simple dataset. The tutorial is designed for anyone looking for a basic understanding of how to add user-defined layers to a deep learning network and use this simple example to build more complex applications. 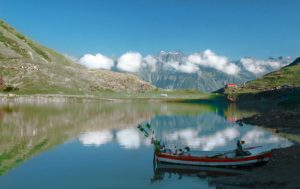 Adding a custom attention layer to a recurrent neural network in Keras
Photo by Yahya Ehsan, some rights reserved.

It is assumed that you are familiar with the following topics. You can click the links below for an overview.

The focus of this article is to gain a basic understanding of how to build a custom attention layer to a deep learning network. For this purpose, let’s use a very simple example of a Fibonacci sequence, where one number is constructed from the previous two numbers. The first 10 numbers of the sequence are shown below:

When given the previous ‘t’ numbers, can you get a machine to accurately reconstruct the next number? This would mean discarding all the previous inputs except the last two and performing the correct operation on the last two numbers. 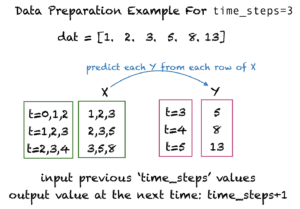 In this section, you’ll write the basic code to generate the dataset and use a SimpleRNN network to predict the next number of the Fibonacci sequence.

The following function generates a sequence of n Fibonacci numbers (not counting the starting two values). If scale_data is set to True, then it would also use the MinMaxScaler from scikit-learn to scale the values between 0 and 1. Let’s see its output for n=10.

Next, we need a function get_fib_XY() that reformats the sequence into training examples and target values to be used by the Keras input layer. When given time_steps as a parameter, get_fib_XY() constructs each row of the dataset with time_steps number of columns. This function not only constructs the training set and test set from the Fibonacci sequence but also shuffles the training examples and reshapes them to the required TensorFlow format, i.e., total_samples x time_steps x features. Also, the function returns the scaler object that scales the values if scale_data is set to True.

Let’s generate a small training set to see what it looks like. We have set time_steps=3 and total_fib_numbers=12, with approximately 70% of the examples going toward the test points. Note the training and test examples have been shuffled by the permutation() function.

Setting Up the Network

Now let’s set up a small network with two layers. The first one is the SimpleRNN layer, and the second one is the Dense layer. Below is a summary of the model.

Train the Network and Evaluate

The next step is to add code that generates a dataset, trains the network, and evaluates it. This time around, we’ll scale the data between 0 and 1. We don’t need to pass the scale_data parameter as its default value is True.

As output, you’ll see the progress of the training and the following values for the mean square error:

Adding a Custom Attention Layer to the Network

In Keras, it is easy to create a custom layer that implements attention by subclassing the Layer class. The Keras guide lists clear steps for creating a new layer via subclassing. You’ll use those guidelines here. All the weights and biases corresponding to a single layer are encapsulated by this class. You need to write the __init__ method as well as override the following methods:

The Call Method for the Attention Layer

The call method of the attention layer has to compute the alignment scores, weights, and context. You can go through the details of these parameters in Stefania’s excellent article on The Attention Mechanism from Scratch. You’ll implement the Bahdanau attention in your call() method.

The good thing about inheriting a layer from the Keras Layer class and adding the weights via the add_weights() method is that weights are automatically tuned. Keras does an equivalent of “reverse engineering” of the operations/computations of the call() method and calculates the gradients during training. It is important to specify trainable=True when adding the weights. You can also add a train_step() method to your custom layer and specify your own method for weight training if needed.

The code below implements the custom attention layer.

Let’s now add an attention layer to the RNN network you created earlier. The function create_RNN_with_attention() now specifies an RNN layer, an attention layer, and a Dense layer in the network. Make sure to set return_sequences=True when specifying the SimpleRNN. This will return the output of the hidden units for all the previous time steps.

Let’s look at a summary of the model with attention.

Train and Evaluate the Deep Learning Network with Attention

It’s time to train and test your model and see how it performs in predicting the next Fibonacci number of a sequence.

You’ll see the training progress as output and the following:

You can see that even for this simple example, the mean square error on the test set is lower with the attention layer. You can achieve better results with hyper-parameter tuning and model selection. Try this out on more complex problems and by adding more layers to the network. You can also use the scaler object to scale the numbers back to their original values.

You can take this example one step further by using LSTM instead of SimpleRNN, or you can build a network via convolution and pooling layers. You can also change this to an encoder-decoder network if you like.

The entire code for this tutorial is pasted below if you would like to try it. Note that your outputs would be different from the ones given in this tutorial because of the stochastic nature of this algorithm.

In this tutorial, you discovered how to add a custom attention layer to a deep learning network using Keras.

Do you have any questions about RNNs discussed in this post? Ask your questions in the comments below, and I will do my best to answer.