By Stefania Cristina on September 3, 2022 in Attention

Conventional encoder-decoder architectures for machine translation encoded every source sentence into a fixed-length vector, regardless of its length, from which the decoder would then generate a translation. This made it difficult for the neural network to cope with long sentences, essentially resulting in a performance bottleneck.

The Bahdanau attention was proposed to address the performance bottleneck of conventional encoder-decoder architectures, achieving significant improvements over the conventional approach.

In this tutorial, you will discover the Bahdanau attention mechanism for neural machine translation. 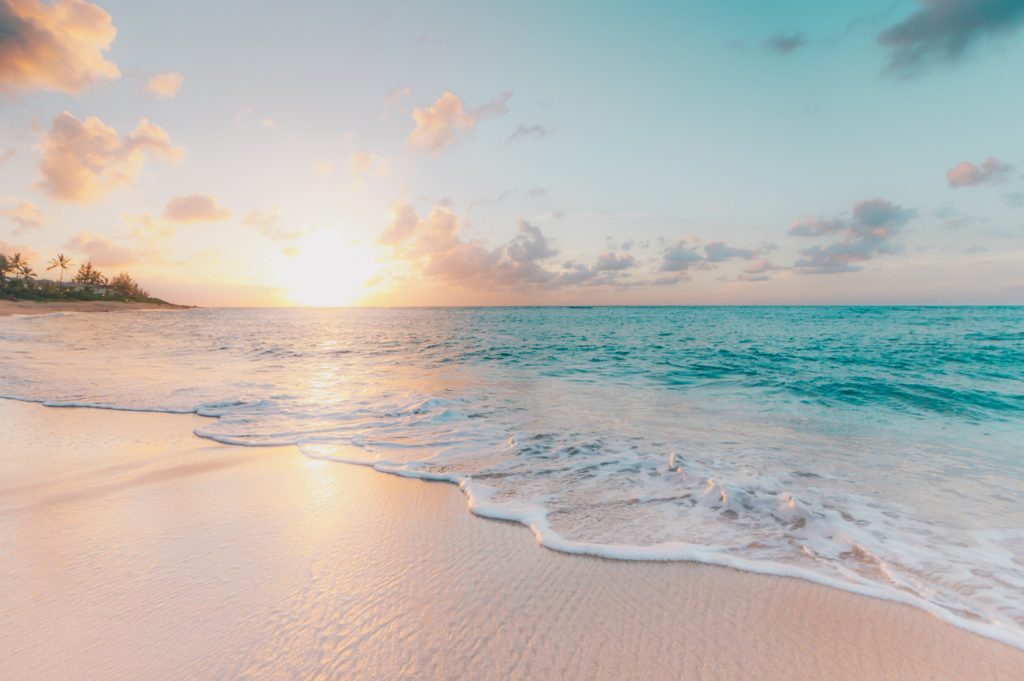 Introduction to the Bahdanau Attention

The Bahdanau attention mechanism inherited its name from the first author of the paper in which it was published.

It follows the work of Cho et al. (2014) and Sutskever et al. (2014), who also employed an RNN encoder-decoder framework for neural machine translation, specifically by encoding a variable-length source sentence into a fixed-length vector. The latter would then be decoded into a variable-length target sentence.

Bahdanau et al. (2014) argued that this encoding of a variable-length input into a fixed-length vector squashes the information of the source sentence, irrespective of its length, causing the performance of a basic encoder-decoder model to deteriorate rapidly with an increasing length of the input sentence. The approach they proposed replaces the fixed-length vector with a variable-length one to improve the translation performance of the basic encoder-decoder model.

The main components in use by the Bahdanau encoder-decoder architecture are the following:

These components find their use at different stages of the Bahdanau architecture, which employs a bidirectional RNN as an encoder and an RNN decoder, with an attention mechanism in between: 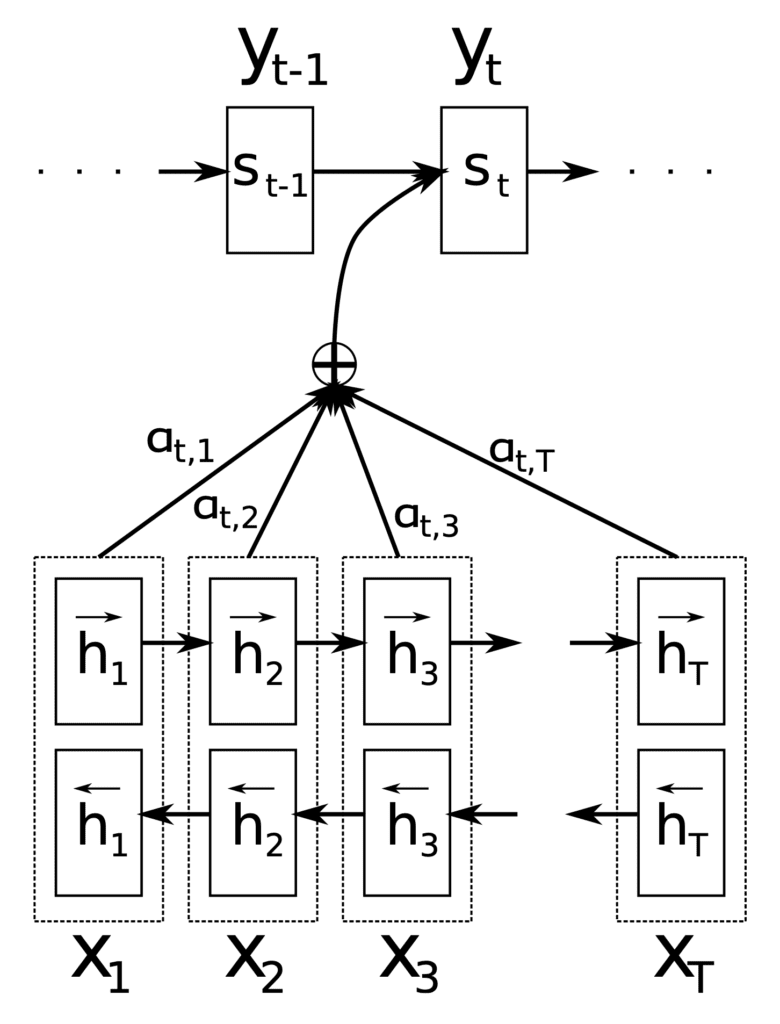 The role of the encoder is to generate an annotation, $\mathbf{h}_i$, for every word, $x_i$, in an input sentence of length $T$ words.

For this purpose, Bahdanau et al. employ a bidirectional RNN, which reads the input sentence in the forward direction to produce a forward hidden state, $\overrightarrow{\mathbf{h}_i}$, and then reads the input sentence in the reverse direction to produce a backward hidden state, $\overleftarrow{\mathbf{h}_i}$. The annotation for some particular word, $x_i$, concatenates the two states:

The idea behind generating each annotation in this manner was to capture a summary of both the preceding and succeeding words.

In this way, the annotation $\mathbf{h}_i$ contains the summaries of both the preceding words and the following words.

The generated annotations are then passed to the decoder to generate the context vector.

The role of the decoder is to produce the target words by focusing on the most relevant information contained in the source sentence. For this purpose, it makes use of an attention mechanism.

The decoder takes each annotation and feeds it to an alignment model, $a(.)$, together with the previous hidden decoder state, $\mathbf{s}_{t-1}$. This generates an attention score:

The function implemented by the alignment model here combines $\mathbf{s}_{t-1}$ and $\mathbf{h}_i$ using an addition operation. For this reason, the attention mechanism implemented by Bahdanau et al. is referred to as additive attention.

The alignment model is parametrized as a feedforward neural network and jointly trained with the remaining system components.

Subsequently, a softmax function is applied to each attention score to obtain the corresponding weight value:

The application of the softmax function essentially normalizes the annotation values to a range between 0 and 1; hence, the resulting weights can be considered probability values. Each probability (or weight) value reflects how important $\mathbf{h}_i$ and $\mathbf{s}_{t-1}$ are in generating the next state, $\mathbf{s}_t$, and the next output, $y_t$.

This is finally followed by the computation of the context vector as a weighted sum of the annotations:

Bahdanau et al. tested their architecture on the task of English-to-French translation. They reported that their model significantly outperformed the conventional encoder-decoder model, regardless of the sentence length.

There have been several improvements over the Bahdanau attention proposed, such as those of Luong et al. (2015), which we shall review in a separate tutorial.

In this tutorial, you discovered the Bahdanau attention mechanism for neural machine translation.

4 Responses to The Bahdanau Attention Mechanism