By Jason Brownlee on January 1, 2018 in Deep Learning for Natural Language Processing

This architecture is very new, having only been pioneered in 2014, although, has been adopted as the core technology inside Google’s translate service.

In this post, you will discover the two seminal examples of the encoder-decoder model for neural machine translation. 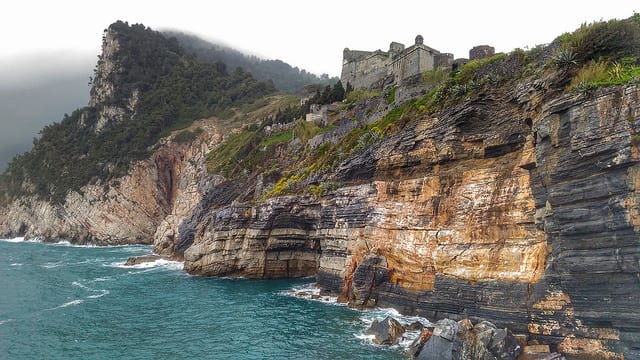 The Encoder-Decoder architecture with recurrent neural networks has become an effective and standard approach for both neural machine translation (NMT) and sequence-to-sequence (seq2seq) prediction in general.

The key benefits of the approach are the ability to train a single end-to-end model directly on source and target sentences and the ability to handle variable length input and output sequences of text.

As evidence of the success of the method, the architecture is the core of the Google translation service.

Our model follows the common sequence-to-sequence learning framework with attention. It has three components: an encoder network, a decoder network, and an attention network.

In this post, we will take a closer look at two different research projects that developed the same Encoder-Decoder architecture at the same time in 2014 and achieved results that put the spotlight on the approach. They are:

In this section, we will look at the neural machine translation model developed by Ilya Sutskever, et al. as described in their 2014 paper “Sequence to Sequence Learning with Neural Networks“. We will refer to it as the “Sutskever NMT Model“, for lack of a better name.

This is an important paper as it was one of the first to introduce the Encoder-Decoder model for machine translation and more generally sequence-to-sequence learning.

The model was applied to English to French translation, specifically the WMT 2014 translation task.

The translation task was processed one sentence at a time, and an end-of-sequence (<EOS>) token was added to the end of output sequences during training to signify the end of the translated sequence. This allowed the model to be capable of predicting variable length output sequences.

Note that we require that each sentence ends with a special end-of-sentence symbol “<EOS>”, which enables the model to define a distribution over sequences of all possible lengths.

The model was trained on a subset of the 12 Million sentences in the dataset, comprised of 348 Million French words and 304 Million English words. This set was chosen because it was pre-tokenized.

The source vocabulary was reduced to the 160,000 most frequent source English words and 80,000 of the most frequent target French words. All out-of-vocabulary words were replaced with the “UNK” token.

An Encoder-Decoder architecture was developed where an input sequence was read in entirety and encoded to a fixed-length internal representation.

A decoder network then used this internal representation to output words until the end of sequence token was reached. LSTM networks were used for both the encoder and decoder.

The idea is to use one LSTM to read the input sequence, one timestep at a time, to obtain large fixed-dimensional vector representation, and then to use another LSTM to extract the output sequence from that vector

The final model was an ensemble of 5 deep learning models. A left-to-right beam search was used during the inference of the translations.

The model was fit on an 8-GPU machine where each layer was run on a different GPU. Training took 10 days.

The resulting implementation achieved a speed of 6,300 (both English and French) words per second with a minibatch size of 128. Training took about ten days with this implementation.

… we obtained a BLEU score of 34.81 […] This is by far the best result achieved by direct translation with large neural networks. For comparison, the BLEU score of an SMT baseline on this dataset is 33.30

The final model was used t ore-score the list of best translations and improved the score to 36.5 which brings it close to the best result at the time of 37.0.

You can see a video of the talk associated with the paper here:

In this section, we will look at the neural machine translation system described by Kyunghyun Cho, et al. in their 2014 paper titled “Learning Phrase Representations using RNN Encoder–Decoder for Statistical Machine Translation.” We will refer to it as the “Cho NMT Model” model for lack of a better name.

Importantly, the Cho Model is used only to score candidate translations and is not used directly for translation like the Sutskever model above. Although extensions to the work to better diagnose and improve the model do use it directly and alone for translation.

As above, the problem is the English to French translation task from the WMT 2014 workshop.

The source and target vocabulary were limited to the most frequent 15,000 French and English words which covers 93% of the dataset, and out of vocabulary words were replaced with “UNK”.

The model uses the same two-model approach, here giving it the explicit name of the encoder-decoder architecture. 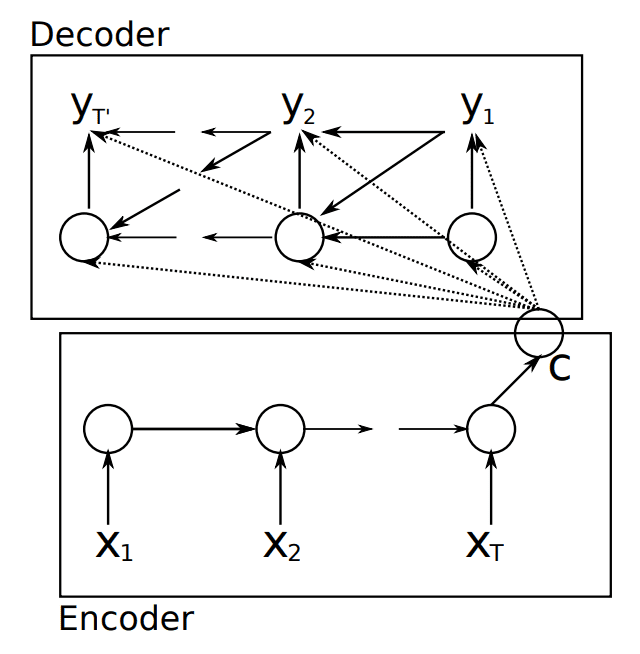 The implementation does not use LSTM units; instead, a simpler recurrent neural network unit is developed called the gated recurrent unit or GRU.

… we also propose a new type of hidden unit that has been motivated by the LSTM unit but is much simpler to compute and implement.

The model was trained for approximately 2 days.

In the paper “On the Properties of Neural Machine Translation: Encoder-Decoder Approaches,” Cho, et al. investigate the limitations of their model. They discover that performance degrades quickly with the increase in the length of input sentences and with the number of words outside of the vocabulary.

Our analysis revealed that the performance of the neural machine translation suffers significantly from the length of sentences.

They provide a useful graph of the performance of the model as the length of the sentence is increased that captures the graceful loss in skill with increased difficulty. 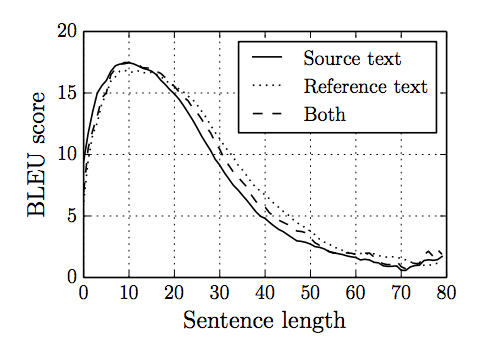 Loss in model skill with increased sentence length.
Taken from “On the Properties of Neural Machine Translation: Encoder-Decoder Approaches.”

To address the problem of unknown words, they suggest dramatically increasing the vocabulary of known words during training.

They address the problem of sentence length in a follow-up paper titled “Neural Machine Translation by Jointly Learning to Align and Translate” in which they propose the use of an attention mechanism. Instead of encoding the input sentence to a fixed length vector, a fuller representation of the encoded input is kept and the model learns to use to pay attention to different parts of the input for each word output by the decoder.

A wealth of technical details are provided in the paper; for example:

This time the model takes approximately 5 days to train. The code for this follow-up work is also made available.

As with the Sutskever, the model achieved results within the reach of classical phrase-based statistical approaches.

Kyunghyun Cho is also the author of a 2015 series of posts on the Nvidia developer blog on the topic of the encoder-decoder architecture for neural machine translation titled “Introduction to Neural Machine Translation with GPUs.” The series provides a good introduction to the topic and the model; see part 1, part 2, and part 3.

In this post, you discovered two examples of the encoder-decoder model for neural machine translation. 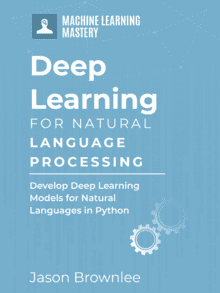