By Jason Brownlee on September 6, 2019 in Probability

A Naive Classifier is a simple classification model that assumes little to nothing about the problem and the performance of which provides a baseline by which all other models evaluated on a dataset can be compared.

There are different strategies that can be used for a naive classifier, and some are better than others, depending on the dataset and the choice of performance measures. The most common performance measure is classification accuracy and common naive classification strategies, including randomly guessing class labels, randomly choosing labels from a training dataset, and using a majority class label.

In this tutorial, you will discover how to develop and evaluate naive classification strategies for machine learning. 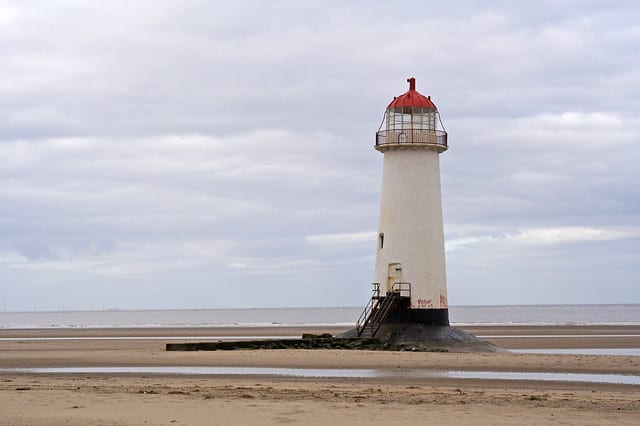 Classification predictive modeling problems involve predicting a class label given an input to the model.

Classification models are fit on a training dataset and evaluated on a test dataset, and performance is often reported as a fraction of the number of correct predictions compared to the total number of predictions made, called accuracy.

Given a classification model, how do you know if the model has skill or not?

This is a common question on every classification predictive modeling project. The answer is to compare the results of a given classifier model to a baseline or naive classifier model.

What classifier should be used as the naive classifier?

This is a common area of confusion for beginners, and different naive classifiers are adopted.

Some common choices include:

The problem is, not all naive classifiers are created equal, and some perform better than others. As such, we should use the best-performing naive classifier on all of our classification predictive modeling projects.

We can use simple probability to evaluate the performance of different naive classifier models and confirm the one strategy that should always be used as the native classifier.

Before we start evaluating different strategies, let’s define a contrived two-class classification problem. To make it interesting, we will assume that the number of observations is not equal for each class (e.g. the problem is imbalanced) with 25 examples for class-0 and 75 examples for class-1.

We can make this concrete with a small example in Python, listed below.

Running the example creates the dataset and summarizes the fraction of examples that belong to each class, showing 25% and 75% for class-0 and class-1 as we might intuitively expect.

Finally, we can define a probabilistic model for evaluating naive classification strategies.

Next, we will use this contrived prediction problem to explore different strategies for a naive classifier.

Perhaps the simplest strategy is to randomly guess one of the available classes for each prediction that is required.

We will call this the random-guess strategy.

Using our probabilistic model, we can calculate how well this model is expected to perform on average on our contrived dataset.

A random guess for each class is a uniform probability distribution over each possible class label, or in the case of a two-class problem, a probability of 0.5 for each class. Also, we know the expected probability of the values for class-0 and class-1 for our dataset because we contrived the problem; they are 0.25 and 0.75 respectively. Therefore, we calculate the average performance of this strategy as follows:

This calculation suggests that the performance of predicting a uniformly random class label on our contrived problem is 0.5 or 50% classification accuracy.

This might be surprising, which is good as it highlights the benefit of systematically calculating the expected performance of a naive strategy.

We can confirm that this estimation is correct with a small experiment.

The strategy can be implemented as a function that randomly selects a 0 or 1 for each prediction required.

That is a single trial, but the accuracy will be different each time the strategy is used.

Running the example performs 1,000 trials of our experiment and reports the mean accuracy of the strategy.

Your specific result will vary given the stochastic nature of the algorithm.

In this case, we can see that the expected performance very closely matches the calculated performance. Given the law of large numbers, the more trials of this experiment we perform, the closer our estimate will get to the theoretical value we calculated.

This is a good start, but what if we use some basic information about the composition of the training dataset in the strategy. We will explore that next.

Another naive classifier approach is to make use of the training dataset in some way.

This makes sense, and we may expect this primitive use of the training dataset would result in a slightly better naive accuracy than randomly guessing.

We can find out by calculating the expected performance of the approach using our probabilistic framework.

With this knowledge, we can plug-in these values into the probabilistic model.

Let’s confirm our calculations again with a small simulation.

The random_class() function below implements this naive classifier strategy by selecting and returning a random class label from the training dataset.

We can then use the same framework from the previous section to evaluate the model 1,000 times and report the average classification accuracy across those trials. We would expect that this empirical estimate would match our expected value, or be very close to it.

Running the example performs 1,000 trials of our experiment and reports the mean accuracy of the strategy.

Your specific result will vary given the stochastic nature of the algorithm.

Perhaps we can do better than a uniform distribution when predicting a class label. We will explore this in the next section.

In the previous section, we explored a strategy that selected a class label based on a uniform probability distribution over the observed label in the training dataset.

That is, if 75% of the examples in the training set are class-1, and we predicted class-1 for all examples, then we know that we would at least achieve an accuracy of 75%, an improvement over randomly selecting a class as we did in the previous section.

We can confirm this by calculating the expected performance of the approach using our probability model.

This confirms our expectations and suggests that this strategy would give a further lift of 12.5% over the previous strategy on this specific dataset.

Again, we can confirm this approach with a simulation.

The majority class can be calculated statistically using the mode; that is, the most common observation in a distribution.

The mode() SciPy function can be used. It returns two values, the first of which is the mode that we can return. The majority_class() function below implements this naive classifier.

We can then evaluate the strategy on the contrived dataset. We do not need to repeat the experiment multiple times as there is no random component to the strategy, and the algorithm will give the same performance on the same dataset every time.

Running the example reports the accuracy of the majority class naive classifier on the dataset.

The accuracy matches the expected value calculated by the probability framework of 75% and the composition of the training dataset.

This majority class naive classifier is the method that should be used to calculate a baseline performance on your classification predictive modeling problems.

It works just as well for those datasets with an equal number of class labels, and for problems with more than two class labels, e.g. multi-class classification problems.

Now that we have discovered the best-performing naive classifier model, we can see how we might use it in our next project.

The scikit-learn machine learning library provides an implementation of the majority class naive classification algorithm that you can use on your next classification predictive modeling project.

It is provided as part of the DummyClassifier class.

To use the naive classifier, the class must be defined and the “strategy” argument set to “most_frequent” to ensure that the majority class is predicted. The class can then be fit on a training dataset and used to make predictions on a test dataset or other resampling model evaluation strategy.

In fact, the DummyClassifier is flexible and allows the other two naive classifiers to be used.

We can confirm that the DummyClassifier performs as expected with the majority class naive classification strategy by testing it on our contrived dataset.

Running the example prepares the dataset, then defines and fits the DummyClassifier on the dataset using the majority class strategy.

Evaluating the classification accuracy of the predictions from the model confirms that the model performs as expected, achieving a score of 75%.

This example provides a starting point for calculating the naive classifier baseline performance on your own classification predictive modeling projects in the future.

In this tutorial, you discovered how to develop and evaluate naive classification strategies for machine learning.

Jason Brownlee, PhD is a machine learning specialist who teaches developers how to get results with modern machine learning methods via hands-on tutorials.
View all posts by Jason Brownlee →
A Gentle Introduction to Jensen’s Inequality
Resources for Getting Started With Probability in Machine Learning