We have an intuition that more observations is better.

This is the same intuition behind the idea that if we collect more data, our sample of data will be more representative of the problem domain.

There is a theorem in statistics and probability that supports this intuition that is a pillar of both of these fields and has important implications in applied machine learning. The name of this theorem is the law of large numbers.

In this tutorial, you will discover the law of large numbers and why it is important in applied machine learning. 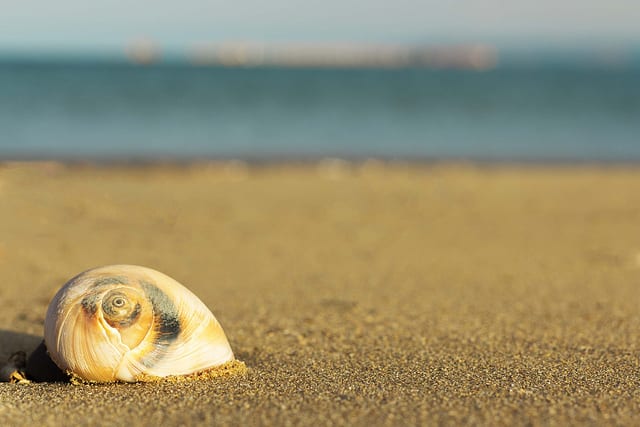 A Gentle Introduction to the Law of Large Numbers in Machine Learning
Photo by Raheel Shahid, some rights reserved.

The law of large numbers is a theorem from probability and statistics that suggests that the average result from repeating an experiment multiple times will better approximate the true or expected underlying result.

The law of large numbers explains why casinos always make money in the long run.

… a crowning achievement in probability, the law of large numbers. This theorem says that the mean of a large sample is close to the mean of the distribution.

— Page 76, All of Statistics: A Concise Course in Statistical Inference, 2004.

This is an important theoretical finding for statistics and probability, as well as for applied machine learning.

It is important to be clear that the observations in the sample must be independent.

This means that the trial is run in an identical manner and does not depend on the results of any other trial. This is often reasonable and easy to achieve in computers, although can be difficult elsewhere (e.g. how do you achieve identically random rolls of a dice?).

In statistics, this expectation is called “independent and identically distributed,” or IID, iid, or i.i.d. for short. This is to ensure that the samples are indeed drawn from the same underlying population distribution.

Regression to the Mean

The law of large numbers helps us understand why we cannot trust a single observation from an experiment in isolation.

We expect that a single result or the mean result from a small sample is likely. That is close to the central tendency, the mean of the population distribution. It may not be; in fact, it may be very strange or unlikely.

The law reminds us to repeat the experiment in order to develop a large and representative sample of observations before we start making inferences about what the result means.

It is why we must be skeptical of inferences from small sample sizes, called small n.

Related to the regression to the mean is the idea of the law of truly large numbers.

This is the idea that when we start investigating or working with extremely large samples of observations, we increase the likelihood of seeing something strange. That by having so many samples of the underlying population distribution, the sample will contain some astronomically rare events.

Again, we must be wary not to make inferences from single cases.

This is especially important to consider when running queries and investigating big data.

We can demonstrate the law of large numbers with a small worked example.

First, we can design an idealized underlying distribution. We will use a Gaussian distribution with a mean of 50 and a standard deviation of 5. The expected value or mean of this population is therefore 50.

Below is some code that generates a plot of this idealized distribution.

Running the code creates a plot of the designed population with the familiar bell shape. 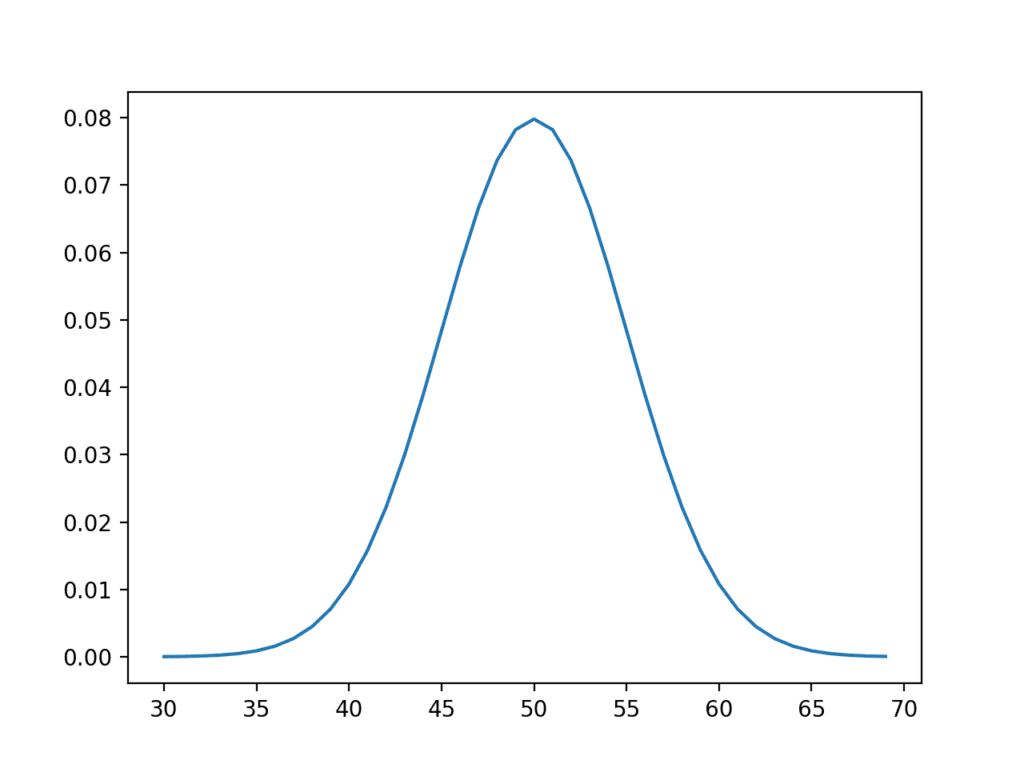 Now, we can pretend to forget everything that we know about the population and make independent random samples from the population.

We can create samples of different sizes and calculate the mean. Given our intuition and the law of large numbers, we expect that as the size of the sample is increased, the sample mean will better approximate the population mean.

The example below calculates samples of different sizes then prints the sample means.

Running the example first prints the means of each sample.

We can see a loose trend of the sample mean getting closer to 50.0 as the sample size increases.

Note too that this sample of sample means too must suffer the law of large numbers. For example, by chance you may get a very accurate estimate of the population mean with the mean of a small sample.

The example also creates a plot that compares the size of the sample to the error of the sample mean from the population mean. Generally, we can see that larger sample sizes have less error, and we would expect this trend to continue, on average.

We can also see that some sample means overestimate and some underestimate. Do not fall into the trap of assuming that the underestimate will fall on one side or another. 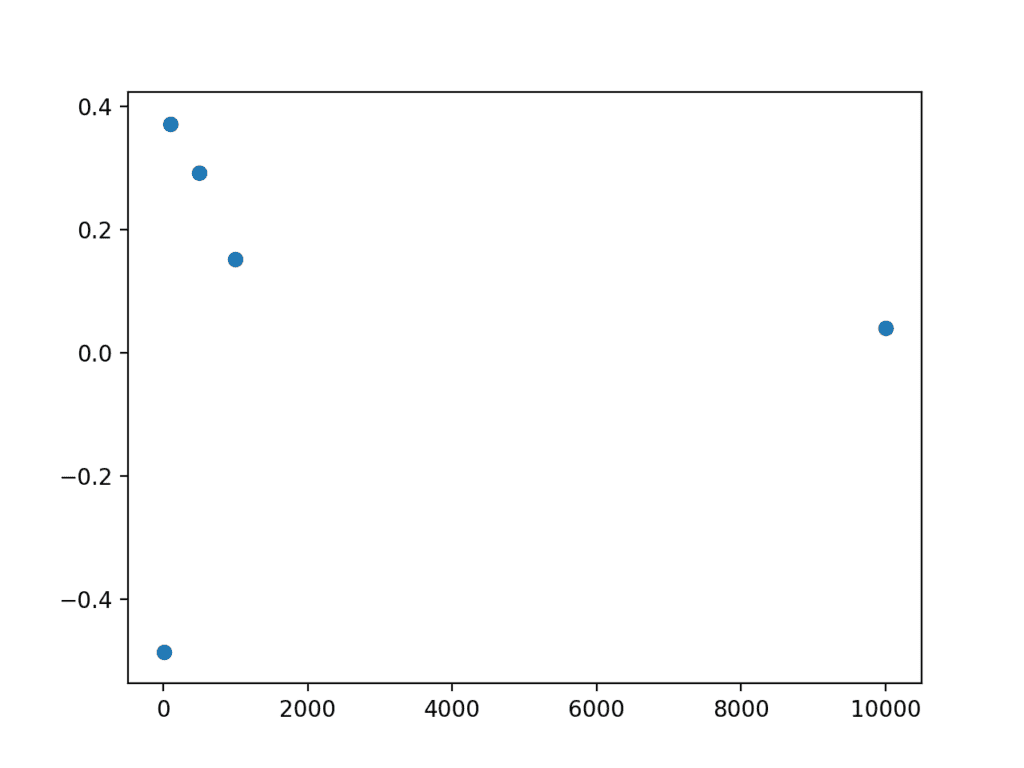 The law of large numbers has important implications in applied machine learning.

Let’s take a moment to highlight a few of these implications.

The data used to train the model must be representative of the observations from the domain.

This really means that it must contain enough information to generalize to the true unknown and underlying distribution of the population.

This is easy to conceptualize with a single input variable for a model, but is also just as important when you have multiple input variables. There will be unknown relationships or dependencies between the input variables and together, the input data will represent a multivariate distribution from which observations will be drawn to comprise your training sample.

Keep this in mind during data collection, data cleaning, and data preparation.

You may choose to exclude sections of the underlying population by setting hard limits on observed values (e.g. for outliers) where you expect data to be too sparse to model effectively.

This is often neglected with the blind use of 80/20 spits for train/test data or the blind use of 10-fold cross-validation, even on datasets where the size of 1/10th of the available data may not be a suitable representative of observations from the problem domain.

Consider the law of large numbers when presenting the estimated skill of a model on unseen data.

It provides a defense for not simply reporting or proceeding with a model based on a skill score from a single train/test evaluation.

It highlights the need to develop a sample of multiple independent (or close to independent) evaluations of a given model such that the mean reported skill from the sample is an accurate enough estimate of population mean.

In this tutorial, you discovered the law of large numbers and why it is important in applied machine learning.