Randomness is a big part of machine learning.

Randomness is used as a tool or a feature in preparing data and in learning algorithms that map input data to output data in order to make predictions.

In this tutorial, you will discover pseudorandom number generators and when to control and control-for randomness in machine learning. 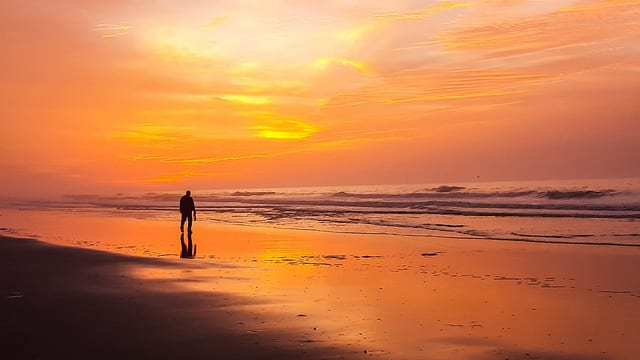 There are many sources of randomness in applied machine learning.

Randomness is used as a tool to help the learning algorithms be more robust and ultimately result in better predictions and more accurate models.

Let’s look at a few sources of randomness.

There is a random element to the sample of data that we have collected from the domain that we will use to train and evaluate the model.

The data may have mistakes or errors.

More deeply, the data contains noise that can obscure the crystal-clear relationship between the inputs and the outputs.

We do not have access to all the observations from the domain.

We work with only a small sample of the data. Therefore, we harness randomness when evaluating a model, such as using k-fold cross-validation to fit and evaluate the model on different subsets of the available dataset.

We do this to see how the model works on average rather than on a specific set of data.

Machine learning algorithms use randomness when learning from a sample of data.

Algorithms that use randomness are often called stochastic algorithms rather than random algorithms. This is because although randomness is used, the resulting model is limited to a more narrow range, e.g. like limited randomness.

Some clear examples of randomness used in machine learning algorithms include:

Next, let’s look at the source of randomness that we use in our algorithms and programs.

The source of randomness that we inject into our programs and algorithms is a mathematical trick called a pseudorandom number generator.

A random number generator is a system that generates random numbers from a true source of randomness. Often something physical, such as a Geiger counter, where the results are turned into random numbers. There are even books of random numbers generated from a physical source that you can purchase, for example:

We do not need true randomness in machine learning. Instead we can use pseudorandomness. Pseudorandomness is a sample of numbers that look close to random, but were generated using a deterministic process.

The numbers are generated in a sequence. The sequence is deterministic and is seeded with an initial number. If you do not explicitly seed the pseudorandom number generator, then it may use the current system time in seconds or milliseconds as the seed.

The value of the seed does not matter. Choose anything you wish. What does matter is that the same seeding of the process will result in the same sequence of random numbers.

Let’s make this concrete with some examples.

The Python standard library provides a module called random that offers a suite of functions for generating random numbers.

The example below seeds the pseudorandom number generator, generates some random numbers, then re-seeds to demonstrate that the same sequence of numbers is generated.

In machine learning, you are likely using libraries such as scikit-learn and Keras.

These libraries make use of NumPy under the covers, a library that makes working with vectors and matrices of numbers very efficient.

NumPy also has its own implementation of a pseudorandom number generator and convenience wrapper functions.

The example below seeds the pseudorandom number generator, generates an array of five random floating point values, seeds the generator again, and demonstrates that the same sequence of random numbers are generated.

Now that we know how controlled randomness is generated, let’s look at where we can use it effectively.

When to Seed the Random Number Generator

There are times during a predictive modeling project when you should consider seeding the random number generator.

You may wish to seed the pseudorandom number generator once before each task or once before performing the batch of tasks. It generally does not matter which.

Sometimes you may want an algorithm to behave consistently, perhaps because it is trained on exactly the same data each time. This may happen if the algorithm is used in a production environment. It may also happen if you are demonstrating an algorithm in a tutorial environment.

In that case, it may make sense to initialize the seed prior to fitting the algorithm.

How to Control for Randomness

A stochastic machine learning algorithm will learn slightly differently each time it is run on the same data.

This will result in a model with slightly different performance each time it is trained.

As mentioned, we can fit the model using the same sequence of random numbers each time. When evaluating a model, this is a bad practice as it hides the inherent uncertainty within the model.

There are two aspects of uncertainty to consider here:

In general, I would recommend reporting on both of these sources of uncertainty combined. This is where the algorithm is fit on different splits of the data each evaluation run and has a new sequence of randomness. The evaluation procedure can seed the random number generator once at the beginning and the process can be repeated perhaps 30 or more times to give a population of performance scores that can be summarized.

This will give a fair description of model performance taking into account variance both in the training data and in the learning algorithm itself.

Will real random numbers lead to better results?
As far as I have read, using real randomness does not help in general, unless you are working with simulations of physical processes.

What about the final model?
The final model is the chosen algorithm and configuration trained on all available training data that you can use to make predictions. The performance of this model will fall within the variance of the evaluated model.

In this tutorial, you discovered the role of randomness in applied machine learning and how to control and harness it.