By Jason Brownlee on January 10, 2020 in Imbalanced Classification

Classification predictive modeling involves predicting a class label for examples, although some problems require the prediction of a probability of class membership.

For these problems, the crisp class labels are not required, and instead, the likelihood that each example belonging to each class is required and later interpreted. As such, small relative probabilities can carry a lot of meaning and specialized metrics are required to quantify the predicted probabilities.

In this tutorial, you will discover metrics for evaluating probabilistic predictions for imbalanced classification. 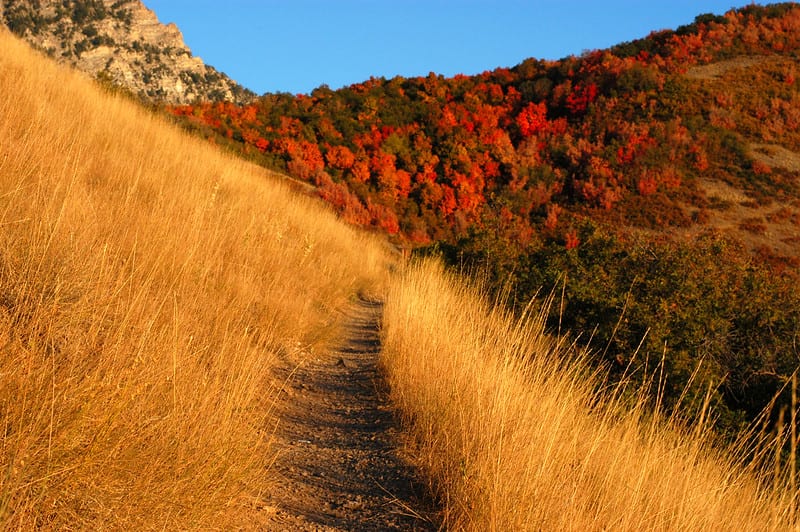 A Gentle Introduction to Probability Metrics for Imbalanced Classification
Photo by a4gpa, some rights reserved.

On some problems, a crisp class label is not required, and instead a probability of class membership is preferred. The probability summarizes the likelihood (or uncertainty) of an example belonging to each class label. Probabilities are more nuanced and can be interpreted by a human operator or a system in decision making.

In practice, a dataset will not have target probabilities. Instead, it will have class labels.

We can see how this would scale to three classes or more; for example:

In the case of binary classification problems, this representation can be simplified to just focus on the positive class.

That is, we only require the probability of an example belonging to class 1 to represent the probabilities for binary classification (the so-called Bernoulli distribution); for example:

A given probability metric is typically calculated for each example, then averaged across all examples in the training dataset.

There are two popular metrics for evaluating predicted probabilities; they are:

Let’s take a closer look at each in turn.

Logarithmic loss or log loss for short is a loss function known for training the logistic regression classification algorithm.

The log loss function calculates the negative log likelihood for probability predictions made by the binary classification model. Most notably, this is logistic regression, but this function can be used by other models, such as neural networks, and is known by other names, such as cross-entropy.

The best possible log loss is 0.0, and values are positive to infinite for progressively worse scores.

If you are just predicting the probability for the positive class, then the log loss function can be calculated for one binary classification prediction (yhat) compared to the expected probability (y) as follows:

For example, if the expected probability was 1.0 and the model predicted 0.8, the log loss would be:

This calculation can be scaled up for multiple classes by adding additional terms; for example:

This generalization is also known as cross-entropy and calculates the number of bits (if log base-2 is used) or nats (if log base-e is used) by which two probability distributions differ.

Specifically, it builds upon the idea of entropy from information theory and calculates the average number of bits required to represent or transmit an event from one distribution compared to the other distribution.

The intuition for this definition comes if we consider a target or underlying probability distribution P and an approximation of the target distribution Q, then the cross-entropy of Q from P is the number of additional bits to represent an event using Q instead of P.

We will stick with log loss for now, as it is the term most commonly used when using this calculation as an evaluation metric for classifier models.

When calculating the log loss for a set of predictions compared to a set of expected probabilities in a test dataset, the average of the log loss across all samples is calculated and reported; for example:

The average log loss for a set of predictions on a training dataset is often simply referred to as the log loss.

We can demonstrate calculating log loss with a worked example.

First, let’s define a synthetic binary classification dataset. We will use the make_classification() function to create 1,000 examples, with 99%/1% split for the two classes. The complete example of creating and summarizing the dataset is listed below.

Running the example creates the dataset and reports the distribution of examples in each class.

Next, we will develop an intuition for naive predictions of probabilities.

Therefore, predicting certain probabilities for class 0 for all examples would be implemented as follows:

These two strategies are expected to perform terribly.

Finally, we can also calculate the log loss for perfectly predicted probabilities by taking the target values for the test set as predictions.

Running the example reports the log loss for each naive strategy.

As expected, predicting certainty for each class label is punished with large log loss scores, with the case of being certain for the minority class in all cases resulting in a much larger score.

We can see that predicting the distribution of examples in the dataset as the baseline results in a better score than either of the other naive measures. This baseline represents the no skill classifier and log loss scores below this strategy represent a model that has some skill.

Now that we are familiar with log loss, let’s take a look at the Brier score.

The Brier score, named for Glenn Brier, calculates the mean squared error between predicted probabilities and the expected values.

The score summarizes the magnitude of the error in the probability forecasts and is designed for binary classification problems. It is focused on evaluating the probabilities for the positive class. Nevertheless, it can be adapted for problems with multiple classes.

As such, it is an appropriate probabilistic metric for imbalanced classification problems.

The evaluation of probabilistic scores is generally performed by means of the Brier Score. The basic idea is to compute the mean squared error (MSE) between predicted probability scores and the true class indicator, where the positive class is coded as 1, and negative class 0.

We can demonstrate calculating Brier score with a worked example using the same dataset and naive predictive models as were used in the previous section.

The Brier score can be calculated using the brier_score_loss() scikit-learn function. It takes the probabilities for the positive class only, and returns an average score.

As in the previous section, we can evaluate naive strategies of predicting the certainty for each class label. In this case, as the score only considered the probability for the positive class, this will involve predicting 0.0 for P(class=1)=0 and 1.0 for P(class=1)=1. For example:

We can also test the no skill classifier that predicts the ratio of positive examples in the dataset, which in this case is 1 percent or 0.01.

Finally, we can also confirm the Brier score for perfectly predicted probabilities.

Running the example, we can see the scores for the naive models and the baseline no skill classifier.

Importantly, we can see that the default no skill classifier results in a lower score than predicting all 0.0 values. Again, this represents the baseline score, below which models will demonstrate skill.

The Brier scores can become very small and the focus will be on fractions well below the decimal point. For example, the difference in the above example between Baseline and Perfect scores is slight at four decimal places.

A common practice is to transform the score using a reference score, such as the no skill classifier. This is called a Brier Skill Score, or BSS, and is calculated as follows:

We can see that if the reference score was evaluated, it would result in a BSS of 0.0. This represents a no skill prediction. Values below this will be negative and represent worse than no skill. Values above 0.0 represent skillful predictions with a perfect prediction value of 1.0.

We can demonstrate this by developing a function to calculate the Brier skill score listed below.

We can then calculate the BSS for each of the naive forecasts, as well as for a perfect prediction.

As such, the Brier Skill Score is a best practice for evaluating probability predictions and is widely used where probability classification prediction are evaluated routinely, such as in weather forecasts (e.g. rain or not).

In this tutorial, you discovered metrics for evaluating probabilistic predictions for imbalanced classification.