By Jason Brownlee on September 20, 2019 in Probability

Knowledge of discrete probability distributions is also required in the choice of activation functions in the output layer of deep learning neural networks for classification tasks and selecting an appropriate loss function.

Discrete probability distributions play an important role in applied machine learning and there are a few distributions that a practitioner must know about.

In this tutorial, you will discover discrete probability distributions used in machine learning. 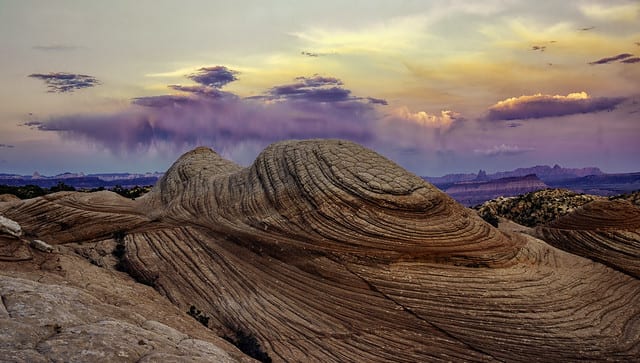 A random variable is the quantity produced by a random process.

Each outcome or event for a discrete random variable has a probability.

The relationship between the events for a discrete random variable and their probabilities is called the discrete probability distribution and is summarized by a probability mass function, or PMF for short.

For outcomes that can be ordered, the probability of an event equal to or less than a given value is defined by the cumulative distribution function, or CDF for short. The inverse of the CDF is called the percentage-point function and will give the discrete outcome that is less than or equal to a probability.

There are many common discrete probability distributions.

The most common are the Bernoulli and Multinoulli distributions for binary and categorical discrete random variables respectively, and the Binomial and Multinomial distributions that generalize each to multiple independent trials.

In the following sections, we will take a closer look at each of these distributions in turn.

There are additional discrete probability distributions that you may want to explore, including the Poisson Distribution and the Discrete Uniform Distribution.

The Bernoulli distribution is a discrete probability distribution that covers a case where an event will have a binary outcome as either a 0 or 1.

A “Bernoulli trial” is an experiment or case where the outcome follows a Bernoulli distribution. The distribution and the trial are named after the Swiss mathematician Jacob Bernoulli.

Some common examples of Bernoulli trials include:

A common example of a Bernoulli trial in machine learning might be a binary classification of a single example as the first class (0) or the second class (1).

The distribution can be summarized by a single variable p that defines the probability of an outcome 1. Given this parameter, the probability for each event can be calculated as follows:

In the case of flipping a fair coin, the value of p would be 0.5, giving a 50% probability of each outcome.

The repetition of multiple independent Bernoulli trials is called a Bernoulli process.

Some common examples of Bernoulli processes include:

The performance of a machine learning algorithm on a binary classification problem can be analyzed as a Bernoulli process, where the prediction by the model on an example from a test set is a Bernoulli trial (correct or incorrect).

The Binomial distribution summarizes the number of successes in a given number of Bernoulli trials k, with a given probability of success for each trial p.

A different random sequence of 100 trials will result each time the code is run, so your specific results will differ. Try running the example a few times.

In this case, we can see that we get slightly less than the expected 30 successful trials.

We can calculate the moments of this distribution, specifically the expected value or mean and the variance using the binom.stats() SciPy function.

Running the example reports the expected value of the distribution, which is 30, as we would expect, as well as the variance of 21, which if we calculate the square root, gives us the standard deviation of about 4.5.

We can use the probability mass function to calculate the likelihood of different numbers of successful outcomes for a sequence of trials, such as 10, 20, 30, to 100.

We would expect 30 successful outcomes to have the highest probability.

Running the example defines the binomial distribution and calculates the probability for each number of successful outcomes in [10, 100] in groups of 10.

The probabilities are multiplied by 100 to give percentages, and we can see that 30 successful outcomes has the highest probability at about 8.6%.

Given the probability of success is 30% for one trial, we would expect that a probability of 50 or fewer successes out of 100 trials to be close to 100%. We can calculate this with the cumulative distribution function, demonstrated below.

Running the example prints each number of successes in [10, 100] in groups of 10 and the probability of achieving that many success or less over 100 trials.

As expected, after 50 successes or less covers 99.999% of the successes expected to happen in this distribution.

The Multinoulli distribution, also called the categorical distribution, covers the case where an event will have one of K possible outcomes.

A common example that follows a Multinoulli distribution is:

A common example of a Multinoulli distribution in machine learning might be a multi-class classification of a single example into one of K classes, e.g. one of three different species of the iris flower.

The distribution can be summarized with K variables from p1 to pK, each defining the probability of a given categorical outcome from 1 to K, and where all probabilities sum to 1.0.

The repetition of multiple independent Multinoulli trials will follow a multinomial distribution.

An example of a multinomial process includes a sequence of independent dice rolls.

A common example of the multinomial distribution is the occurrence counts of words in a text document, from the field of natural language processing.

A multinomial distribution is summarized by a discrete random variable with K outcomes, a probability for each outcome from p1 to pK, and k successive trials.

Firstly, we can use the multinomial() NumPy function to simulate 100 independent trials and summarize the number of times that the event resulted in each of the given categories. The function takes both the number of trials and the probabilities for each category as a list.

We would expect each category to have about 33 events.

Running the example reports each case and the number of events.

A different random sequence of 100 trials will result each time the code is run, so your specific results will differ. Try running the example a few times.

Running the example reports the probability of less than 1% for the idealized number of cases of [33, 33, 34] for each event type.

In this tutorial, you discovered discrete probability distributions used in machine learning.