By Jason Brownlee on October 25, 2019 in Probability

Linear regression is a classical model for predicting a numerical quantity.

A linear regression model can be fit under this framework and can be shown to derive an identical solution to a least squares approach.

In this post, you will discover linear regression with maximum likelihood estimation. 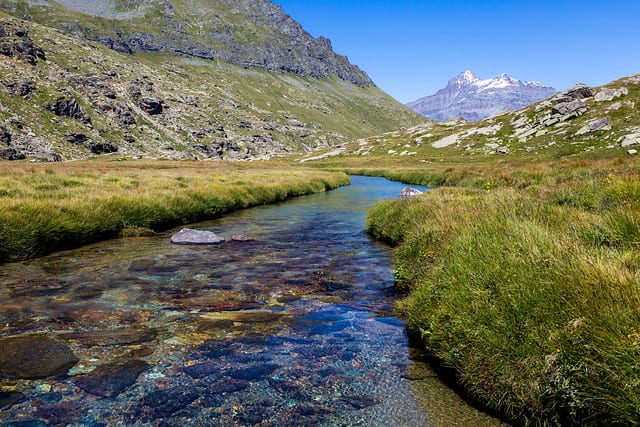 Linear regression is a standard modeling method from statistics and machine learning.

Linear regression is the “work horse” of statistics and (supervised) machine learning.

Generally, it is a model that maps one or more numerical inputs to a numerical output. In terms of predictive modeling, it is suited to regression type problems: that is, the prediction of a real-valued quantity.

The model is defined in terms of parameters called coefficients (beta), where there is one coefficient per input and an additional coefficient that provides the intercept or bias.

For example, a problem with inputs X with m variables x1, x2, …, xm will have coefficients beta1, beta2, …, betam and beta0. A given input is predicted as the weighted sum of the inputs for the example and the coefficients.

The examples are drawn from a broader population and as such, the sample is known to be incomplete. Additionally, there is expected to be measurement error or statistical noise in the observations.

The parameters of the model (beta) must be estimated from the sample of observations drawn from the domain.

There are many ways to estimate the parameters given the study of the model for more than 100 years; nevertheless, there are two frameworks that are the most common. They are:

Both are optimization procedures that involve searching for different model parameters.

Least squares optimization is an approach to estimating the parameters of a model by seeking a set of parameters that results in the smallest squared error between the predictions of the model (yhat) and the actual outputs (y), averaged over all examples in the dataset, so-called mean squared error.

Maximum Likelihood Estimation is a frequentist probabilistic framework that seeks a set of parameters for the model that maximize a likelihood function. We will take a closer look at this second approach.

Under both frameworks, different optimization algorithms may be used, such as local search methods like the BFGS algorithm (or variants), and general optimization methods like stochastic gradient descent. The linear regression model is special in that an analytical solution also exists, meaning that the coefficients can be calculated directly using linear algebra, a topic that is out of the scope of this tutorial.

Maximum Likelihood Estimation, or MLE for short, is a probabilistic framework for estimating the parameters of a model.

In Maximum Likelihood Estimation, we wish to maximize the conditional probability of observing the data (X) given a specific probability distribution and its parameters (theta), stated formally as:

Where X is, in fact, the joint probability distribution of all observations from the problem domain from 1 to n.

This resulting conditional probability is referred to as the likelihood of observing the data given the model parameters and written using the notation L() to denote the likelihood function. For example:

The Maximum Likelihood Estimation framework can be used as a basis for estimating the parameters of many different machine learning models for regression and classification predictive modeling. This includes the linear regression model.

Specifically, the choice of model and model parameters is referred to as a modeling hypothesis h, and the problem involves finding h that best explains the data X. We can, therefore, find the modeling hypothesis that maximizes the likelihood function.

Supervised learning can be framed as a conditional probability problem of predicting the probability of the output given the input:

As such, we can define conditional maximum likelihood estimation for supervised machine learning as follows:

Now we can replace h with our linear regression model.

We can make some reasonable assumptions, such as the observations in the dataset are independent and drawn from the same probability distribution (i.i.d.), and that the target variable (y) has statistical noise with a Gaussian distribution, zero mean, and the same variance for all examples.

With these assumptions, we can frame the problem of estimating y given X as estimating the mean value for y from a Gaussian probability distribution given X.

The analytical form of the Gaussian function is as follows:

Where mu is the mean of the distribution and sigma^2 is the variance where the units are squared.

We can use this function as our likelihood function, where mu is defined as the prediction from the model with a given set of coefficients (Beta) and sigma is a fixed constant.

First, we can state the problem as the maximization of the product of the probabilities for each example in the dataset:

Where xi is a given example and Beta refers to the coefficients of the linear regression model. We can transform this to a log-likelihood model as follows:

The calculation can be simplified further, but we will stop there for now.

Although the model assumes a Gaussian distribution in the prediction (i.e. Gaussian noise function or error function), there is no such expectation for the inputs to the model (X).

[the model] considers noise only in the target value of the training example and does not consider noise in the attributes describing the instances themselves.

This provides a solution to the linear regression model for a given dataset.

This framework is also more general and can be used for curve fitting and provides the basis for fitting other regression models, such as artificial neural networks.

Interestingly, the maximum likelihood solution to linear regression presented in the previous section can be shown to be identical to the least squares solution.

After derivation, the least squares equation to be minimized to fit a linear regression to a dataset looks as follows:

Where we are summing the squared errors between each target variable (yi) and the prediction from the model for the associated input h(xi, Beta). This is often referred to as ordinary least squares. More generally, if the value is normalized by the number of examples in the dataset (averaged) rather than summed, then the quantity is referred to as the mean squared error.

Starting with the likelihood function defined in the previous section, we can show how we can remove constant elements to give the same equation as the least squares approach to solving linear regression.

Note: this derivation is based on the example given in Chapter 6 of Machine Learning by Tom Mitchell.

Key to removing constants is to focus on what does not change when different models are evaluated, e.g. when h(xi, Beta) is evaluated.

The first term of the calculation is independent of the model and can be removed to give:

Finally, we can discard the remaining first term that is also independent of the model to give:

We can see that this is identical to the least squares solution.

In fact, under reasonable assumptions, an algorithm that minimizes the squared error between the target variable and the model output also performs maximum likelihood estimation.

… under certain assumptions any learning algorithm that minimizes the squared error between the output hypothesis pre- dictions and the training data will output a maximum likelihood hypothesis.

In this post, you discovered linear regression with maximum likelihood estimation.

Jason Brownlee, PhD is a machine learning specialist who teaches developers how to get results with modern machine learning methods via hands-on tutorials.
View all posts by Jason Brownlee →
Develop k-Nearest Neighbors in Python From Scratch
A Gentle Introduction to Logistic Regression With Maximum Likelihood Estimation