By Jason Brownlee on November 8, 2019 in Probability

Density estimation is the problem of estimating the probability distribution for a sample of observations from a problem domain.

Typically, estimating the entire distribution is intractable, and instead, we are happy to have the expected value of the distribution, such as the mean or mode. Maximum a Posteriori or MAP for short is a Bayesian-based approach to estimating a distribution and model parameters that best explain an observed dataset.

This flexible probabilistic framework can be used to provide a Bayesian foundation for many machine learning algorithms, including important methods such as linear regression and logistic regression for predicting numeric values and class labels respectively, and unlike maximum likelihood estimation, explicitly allows prior belief about candidate models to be incorporated systematically.

In this post, you will discover a gentle introduction to Maximum a Posteriori estimation. 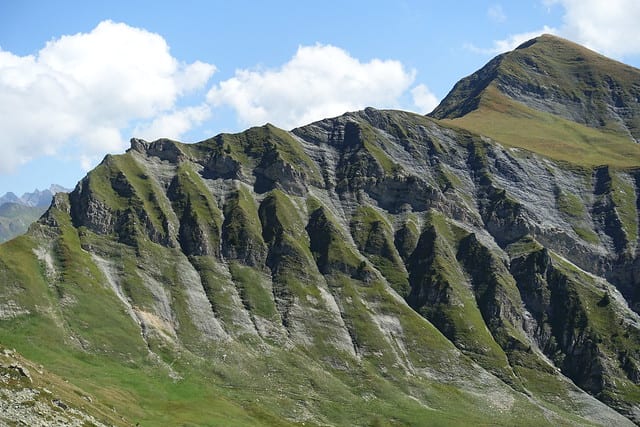 A Gentle Introduction to Maximum a Posteriori (MAP) for Machine Learning
Photo by Guilhem Vellut, some rights reserved.

A common modeling problem involves how to estimate a joint probability distribution for a dataset.

For example, given a sample of observation (X) from a domain (x1, x2, x3, …, xn), where each observation is drawn independently from the domain with the same probability distribution (so-called independent and identically distributed, i.i.d., or close to it).

Often estimating the density is too challenging; instead, we are happy with a point estimate from the target distribution, such as the mean.

There are many techniques for solving this problem, although two common approaches are:

Both approaches frame the problem as optimization and involve searching for a distribution and set of parameters for the distribution that best describes the observed data.

This resulting conditional probability is referred to as the likelihood of observing the data given the model parameters.

The objective of Maximum Likelihood Estimation is to find the set of parameters (theta) that maximize the likelihood function, e.g. result in the largest likelihood value.

An alternative and closely related approach is to consider the optimization problem from the perspective of Bayesian probability.

Recall that the Bayes theorem provides a principled way of calculating a conditional probability.

It involves calculating the conditional probability of one outcome given another outcome, using the inverse of this relationship, stated as follows:

The normalizing constant of P(B) can be removed, and the posterior can be shown to be proportional to the probability of B given A multiplied by the prior.

This is a helpful simplification as we are not interested in estimating a probability, but instead in optimizing a quantity. A proportional quantity is good enough for this purpose.

We can now relate this calculation to our desire to estimate a distribution and parameters (theta) that best explains our dataset (X), as we described in the previous section. This can be stated as:

Maximizing this quantity over a range of theta solves an optimization problem for estimating the central tendency of the posterior probability (e.g. the model of the distribution). As such, this technique is referred to as “maximum a posteriori estimation,” or MAP estimation for short, and sometimes simply “maximum posterior estimation.”

We are typically not calculating the full posterior probability distribution, and in fact, this may not be tractable for many problems of interest.

… finding MAP hypotheses is often much easier than Bayesian learning, because it requires solving an optimization problem instead of a large summation (or integration) problem.

Instead, we are calculating a point estimation such as a moment of the distribution, like the mode, the most common value, which is the same as the mean for the normal distribution.

One common reason for desiring a point estimate is that most operations involving the Bayesian posterior for most interesting models are intractable, and a point estimate offers a tractable approximation.

Note: this is very similar to Maximum Likelihood Estimation, with the addition of the prior probability over the distribution and parameters.

In fact, if we assume that all values of theta are equally likely because we don’t have any prior information (e.g. a uniform prior), then both calculations are equivalent.

… the maximum likelihood hypothesis might not be the MAP hypothesis, but if one assumes uniform prior probabilities over the hypotheses then it is.

In machine learning, Maximum a Posteriori optimization provides a Bayesian probability framework for fitting model parameters to training data and an alternative and sibling to the perhaps more common Maximum Likelihood Estimation framework.

Maximum a posteriori (MAP) learning selects a single most likely hypothesis given the data. The hypothesis prior is still used and the method is often more tractable than full Bayesian learning.

One framework is not better than another, and as mentioned, in many cases, both frameworks frame the same optimization problem from different perspectives.

Bayesian methods can be used to determine the most probable hypothesis given the data-the maximum a posteriori (MAP) hypothesis. This is the optimal hypothesis in the sense that no other hypothesis is more likely.

In fact, the addition of the prior to the MLE can be thought of as a type of regularization of the MLE calculation. This insight allows other regularization methods (e.g. L2 norm in models that use a weighted sum of inputs) to be interpreted under a framework of MAP Bayesian inference. For example, L2 is a bias or prior that assumes that a set of coefficients or weights have a small sum squared value.

… in particular, L2 regularization is equivalent to MAP Bayesian inference with a Gaussian prior on the weights.

We can make the relationship between MAP and machine learning clearer by re-framing the optimization problem as being performed over candidate modeling hypotheses (h in H) instead of the more abstract distribution and parameters (theta); for example:

Here, we can see that we want a model or hypothesis (h) that best explains the observed training dataset (X) and that the prior (P(h)) is our belief about how useful a hypothesis is expected to be, generally, regardless of the training data. The optimization problem involves estimating the posterior probability for each candidate hypothesis.

We can determine the MAP hypotheses by using Bayes theorem to calculate the posterior probability of each candidate hypothesis.

Like MLE, solving the optimization problem depends on the choice of model. For simpler models, like linear regression, there are analytical solutions. For more complex models like logistic regression, numerical optimization is required that makes use of first- and second-order derivatives. For the more prickly problems, stochastic optimization algorithms may be required.

In this post, you discovered a gentle introduction to Maximum a Posteriori estimation.

Jason Brownlee, PhD is a machine learning specialist who teaches developers how to get results with modern machine learning methods via hands-on tutorials.
View all posts by Jason Brownlee →
A Gentle Introduction to Markov Chain Monte Carlo for Probability
14 Different Types of Learning in Machine Learning