By Jason Brownlee on November 6, 2019 in Probability

Often, directly inferring values is not tractable with probabilistic models, and instead, approximation methods must be used.

In this post, you will discover a gentle introduction to Markov Chain Monte Carlo for machine learning. 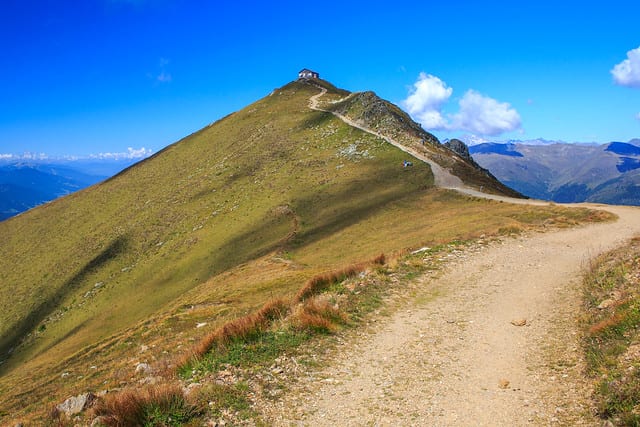 The direct calculation of the desired quantity from a model of interest is intractable for all but the most trivial probabilistic models. Instead, the expected probability or density must be approximated by other means.

For most probabilistic models of practical interest, exact inference is intractable, and so we have to resort to some form of approximation.

The typical solution is to draw independent samples from the probability distribution, then repeat this process many times to approximate the desired quantity. This is referred to as Monte Carlo sampling or Monte Carlo integration, named for the city in Monaco that has many casinos.

The problem with Monte Carlo sampling is that it does not work well in high-dimensions. This is firstly because of the curse of dimensionality, where the volume of the sample space increases exponentially with the number of parameters (dimensions).

Secondly, and perhaps most critically, this is because Monte Carlo sampling assumes that each random sample drawn from the target distribution is independent and can be independently drawn. This is typically not the case or intractable for inference with Bayesian structured or graphical probabilistic models.

What Is Markov Chain Monte Carlo

The solution to sampling probability distributions in high-dimensions is to use Markov Chain Monte Carlo, or MCMC for short.

Like Monte Carlo methods, Markov Chain Monte Carlo was first developed around the same time as the development of the first computers and was used in calculations for particle physics required as part of the Manhattan project for developing the atomic bomb.

Monte Carlo is a technique for randomly sampling a probability distribution and approximating a desired quantity.

Monte Carlo algorithms, [….] are used in many branches of science to estimate quantities that are difficult to calculate exactly.

Monte Carlo methods typically assume that we can efficiently draw samples from the target distribution. From the samples that are drawn, we can then estimate the sum or integral quantity as the mean or variance of the drawn samples.

A useful way to think about a Monte Carlo sampling process is to consider a complex two-dimensional shape, such as a spiral. We cannot easily define a function to describe the spiral, but we may be able to draw samples from the domain and determine if they are part of the spiral or not. Together, a large number of samples drawn from the domain will allow us to summarize the shape (probability density) of the spiral.

Markov chain is a systematic method for generating a sequence of random variables where the current value is probabilistically dependent on the value of the prior variable. Specifically, selecting the next variable is only dependent upon the last variable in the chain.

A Markov chain is a special type of stochastic process, which deals with characterization of sequences of random variables. Special interest is paid to the dynamic and the limiting behaviors of the sequence.

Another example of a Markov chain is a random walk in one dimension, where the possible moves are 1, -1, chosen with equal probability, and the next point on the number line in the walk is only dependent upon the current position and the randomly chosen move.

At a high level, a Markov chain is defined in terms of a graph of states over which the sampling algorithm takes a random walk.

As such, Monte Carlo sampling cannot be used.

Yet, we are still sampling from the target probability distribution with the goal of approximating a desired quantity, so it is appropriate to refer to the resulting collection of samples as a Monte Carlo sample, e.g. extent of samples drawn often forms one long Markov chain.

The random walk provides a good metaphor for the construction of the Markov chain of samples, yet it is very inefficient. Consider the case where we may want to calculate the expected probability; it is more efficient to zoom in on that quantity or density, rather than wander around the domain. Markov Chain Monte Carlo algorithms are attempts at carefully harnessing properties of the problem in order to construct the chain efficiently.

This sequence is constructed so that, although the first sample may be generated from the prior, successive samples are generated from distributions that provably get closer and closer to the desired posterior.

MCMC algorithms are sensitive to their starting point, and often require a warm-up phase or burn-in phase to move in towards a fruitful part of the search space, after which prior samples can be discarded and useful samples can be collected.

Additionally, it can be challenging to know whether a chain has converged and collected a sufficient number of steps. Often a very large number of samples are required and a run is stopped given a fixed number of steps.

… it is necessary to discard some of the initial samples until the Markov chain has burned in, or entered its stationary distribution.

The most common general Markov Chain Monte Carlo algorithm is called Gibbs Sampling; a more general version of this sampler is called the Metropolis-Hastings algorithm.

Let’s take a closer look at both methods.

The Gibbs Sampling algorithm is an approach to constructing a Markov chain where the probability of the next sample is calculated as the conditional probability given the prior sample.

Samples are constructed by changing one random variable at a time, meaning that subsequent samples are very close in the search space, e.g. local. As such, there is some risk of the chain getting stuck.

The idea behind Gibbs sampling is that we sample each variable in turn, conditioned on the values of all the other variables in the distribution.

Gibbs Sampling is appropriate for those probabilistic models where this conditional probability can be calculated, e.g. the distribution is discrete rather than continuous.

… Gibbs sampling is applicable only in certain circumstances; in particular, we must be able to sample from the distribution P(Xi | x-i). Although this sampling step is easy for discrete graphical models, in continuous models, the conditional distribution may not be one that has a parametric form that allows sampling, so that Gibbs is not applicable.

Unlike the Gibbs chain, the algorithm does not assume that we can generate next-state samples from a particular target distribution.

Instead, the Metropolis-Hastings algorithm involves using a surrogate or proposal probability distribution that is sampled (sometimes called the kernel), then an acceptance criterion that decides whether the new sample is accepted into the chain or discarded.

They are based on a Markov chain whose dependence on the predecessor is split into two parts: a proposal and an acceptance of the proposal. The proposals suggest an arbitrary next step in the trajectory of the chain and the acceptance makes sure the appropriate limiting direc­tion is maintained by rejecting unwanted moves of the chain.

The acceptance criterion is probabilistic based on how likely the proposal distribution differs from the true next-state probability distribution.

The Metropolis-Hastings Algorithm is a more general and flexible Markov Chain Monte Carlo algorithm, subsuming many other methods.

In this post, you discovered a gentle introduction to Markov Chain Monte Carlo for machine learning.