By Jason Brownlee on March 25, 2016 in Machine Learning Algorithms

Linear regression is perhaps one of the most well known and well understood algorithms in statistics and machine learning.

You do not need to know any statistics or linear algebra to understand linear regression. This is a gentle high-level introduction to the technique to give you enough background to be able to use it effectively on your own problems. 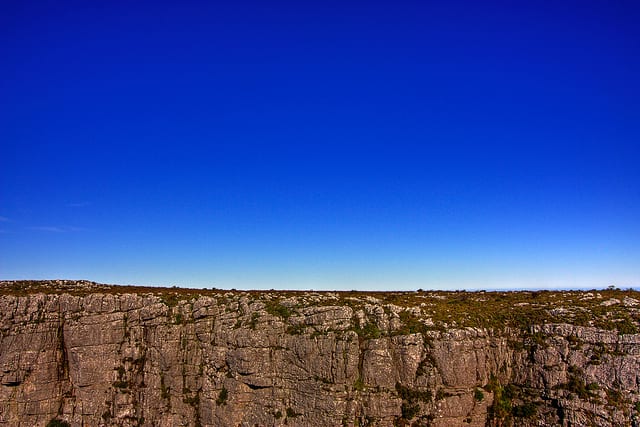 Before we dive into the details of linear regression, you may be asking yourself why we are looking at this algorithm.

Isn’t it a technique from statistics?

Machine learning, more specifically the field of predictive modeling is primarily concerned with minimizing the error of a model or making the most accurate predictions possible, at the expense of explainability. In applied machine learning we will borrow, reuse and steal algorithms from many different fields, including statistics and use them towards these ends.

As such, linear regression was developed in the field of statistics and is studied as a model for understanding the relationship between input and output numerical variables, but has been borrowed by machine learning. It is both a statistical algorithm and a machine learning algorithm.

Next, let’s review some of the common names used to refer to a linear regression model.

Many Names of Linear Regression

When you start looking into linear regression, things can get very confusing.

The reason is because linear regression has been around for so long (more than 200 years). It has been studied from every possible angle and often each angle has a new and different name.

Now that we know some names used to describe linear regression, let’s take a closer look at the representation used.

Linear regression is an attractive model because the representation is so simple.

The linear equation assigns one scale factor to each input value or column, called a coefficient and represented by the capital Greek letter Beta (B). One additional coefficient is also added, giving the line an additional degree of freedom (e.g. moving up and down on a two-dimensional plot) and is often called the intercept or the bias coefficient.

For example, in a simple regression problem (a single x and a single y), the form of the model would be:

In higher dimensions when we have more than one input (x), the line is called a plane or a hyper-plane. The representation therefore is the form of the equation and the specific values used for the coefficients (e.g. B0 and B1 in the above example).

It is common to talk about the complexity of a regression model like linear regression. This refers to the number of coefficients used in the model.

When a coefficient becomes zero, it effectively removes the influence of the input variable on the model and therefore from the prediction made from the model (0 * x = 0). This becomes  relevant if you look at regularization methods that change the learning algorithm to reduce the complexity of regression models by putting pressure on the absolute size of the coefficients, driving some to zero.

Now that we understand the representation used for a linear regression model, let’s review some ways that we can learn this representation from data. 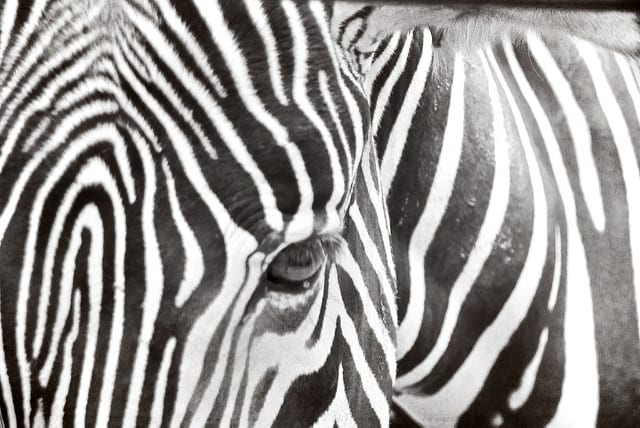 What is Linear Regression?
Photo by Estitxu Carton, some rights reserved.

Learning a linear regression model means estimating the values of the coefficients used in the representation with the data that we have available.

In this section we will take a brief look at four techniques to prepare a linear regression model. This is not enough information to implement them from scratch, but enough to get a flavor of the computation and trade-offs involved.

With simple linear regression when we have a single input, we can use statistics to estimate the coefficients.

This is fun as an exercise in excel, but not really useful in practice.

When we have more than one input we can use Ordinary Least Squares to estimate the values of the coefficients.

This approach treats the data as a matrix and uses linear algebra operations to estimate the optimal values for the coefficients. It means that all of the data must be available and you must have enough memory to fit the data and perform matrix operations.

It is unusual to implement the Ordinary Least Squares procedure yourself unless as an exercise in linear algebra. It is more likely that you will call a procedure in a linear algebra library. This procedure is very fast to calculate.

When there are one or more inputs you can use a process of optimizing the values of the coefficients by iteratively minimizing the error of the model on your training data.

This operation is called Gradient Descent and works by starting with random values for each coefficient. The sum of the squared errors are calculated for each pair of input and output values. A learning rate is used as a scale factor and the coefficients are updated in the direction towards minimizing the error. The process is repeated until a minimum sum squared error is achieved or no further improvement is possible.

When using this method, you must select a learning rate (alpha) parameter that determines the size of the improvement step to take on each iteration of the procedure.

Gradient descent is often taught using a linear regression model because it is relatively straightforward to understand. In practice, it is useful when you have a very large dataset either in the number of rows or the number of columns that may not fit into memory.

There are extensions of the training of the linear model called regularization methods. These seek to both minimize the sum of the squared error of the model on the training data (using ordinary least squares) but also to reduce the complexity of the model (like the number or absolute size of the sum of all coefficients in the model).

Two popular examples of regularization procedures for linear regression are:

These methods are effective to use when there is collinearity in your input values and ordinary least squares would overfit the training data.

Now that you know some techniques to learn the coefficients in a linear regression model, let’s look at how we can use a model to make predictions on new data.

Given the representation is a linear equation, making predictions is as simple as solving the equation for a specific set of inputs.

Let’s make this concrete with an example. Imagine we are predicting weight (y) from height (x). Our linear regression model representation for this problem would be:

Where B0 is the bias coefficient and B1 is the coefficient for the height column. We use a learning technique to find a good set of coefficient values. Once found, we can plug in different height values to predict the weight.

You can see that the above equation could be plotted as a line in two-dimensions. The B0 is our starting point regardless of what height we have. We can run through a bunch of heights from 100 to 250 centimeters and plug them to the equation and get weight values, creating our line. 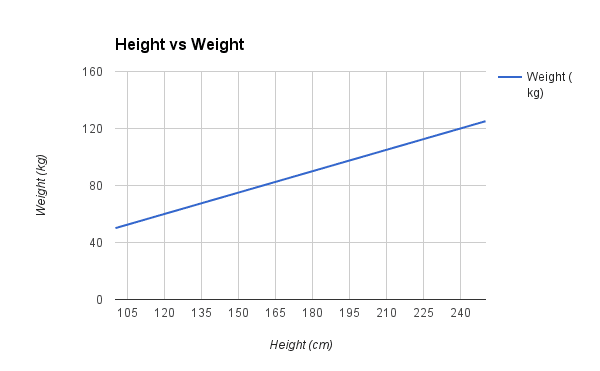 Now that we know how to make predictions given a learned linear regression model, let’s look at some rules of thumb for preparing our data to make the most of this type of model.

Linear regression is been studied at great length, and there is a lot of literature on how your data must be structured to make best use of the model.

As such, there is a lot of sophistication when talking about these requirements and expectations which can be intimidating. In practice, you can uses these rules more as rules of thumb when using Ordinary Least Squares Regression, the most common implementation of linear regression.

Try different preparations of your data using these heuristics and see what works best for your problem.

There’s plenty more out there to read on linear regression. Start using it before you do more reading, but when you want to dive deeper, below are some references you could use.

Below are some interesting essays and blog posts on linear regression that I have come across.

Know any more good references on linear regression with a bent towards machine learning and predictive modeling? Leave a comment and let me know.

In this post you discovered the linear regression algorithm for machine learning.

You covered a lot of ground including:

Try out linear regression and get comfortable with it.

Do you have any questions about linear regression or about this post?
Leave a comment and ask, I will do my best to answer. 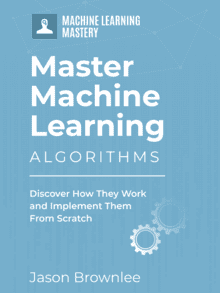 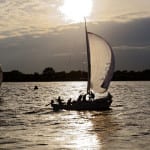