XGBoost is an efficient implementation of gradient boosting for classification and regression problems.

It is both fast and efficient, performing well, if not the best, on a wide range of predictive modeling tasks and is a favorite among data science competition winners, such as those on Kaggle.

XGBoost can also be used for time series forecasting, although it requires that the time series dataset be transformed into a supervised learning problem first. It also requires the use of a specialized technique for evaluating the model called walk-forward validation, as evaluating the model using k-fold cross validation would result in optimistically biased results.

In this tutorial, you will discover how to develop an XGBoost model for time series forecasting.

Kick-start your project with my new book XGBoost With Python, including step-by-step tutorials and the Python source code files for all examples. 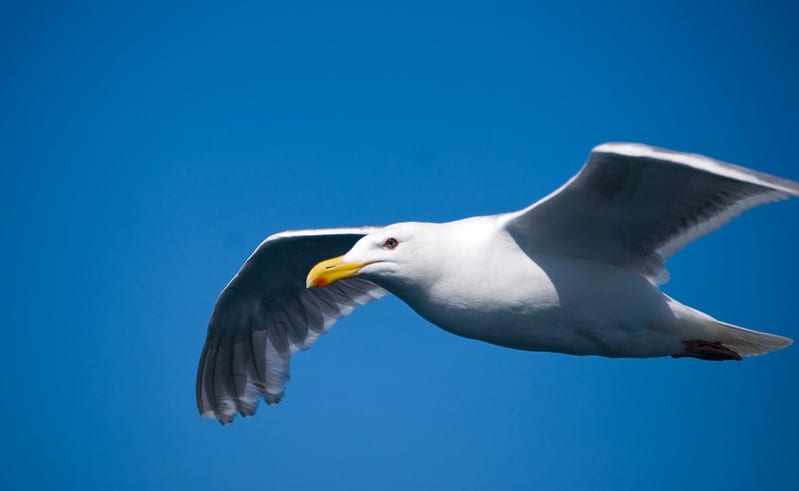 How to Use XGBoost for Time Series Forecasting
Photo by gothopotam, some rights reserved.

XGBoost is short for Extreme Gradient Boosting and is an efficient implementation of the stochastic gradient boosting machine learning algorithm.

Tree boosting has been shown to give state-of-the-art results on many standard classification benchmarks.

It is an ensemble of decision trees algorithm where new trees fix errors of those trees that are already part of the model. Trees are added until no further improvements can be made to the model.

XGBoost provides a highly efficient implementation of the stochastic gradient boosting algorithm and access to a suite of model hyperparameters designed to provide control over the model training process.

The most important factor behind the success of XGBoost is its scalability in all scenarios. The system runs more than ten times faster than existing popular solutions on a single machine and scales to billions of examples in distributed or memory-limited settings.

XGBoost is designed for classification and regression on tabular datasets, although it can be used for time series forecasting.

For more on the gradient boosting and XGBoost implementation, see the tutorial:

First, the XGBoost library must be installed.

You can install it using pip, as follows:

Once installed, you can confirm that it was installed successfully and that you are using a modern version by running the following code:

Running the code, you should see the following version number or higher.

Although the XGBoost library has its own Python API, we can use XGBoost models with the scikit-learn API via the XGBRegressor wrapper class.

An instance of the model can be instantiated and used just like any other scikit-learn class for model evaluation. For example:

Now that we are familiar with XGBoost, let’s look at how we can prepare a time series dataset for supervised learning.

Reorganizing the time series dataset this way, the data would look as follows:

Note that the time column is dropped and some rows of data are unusable for training a model, such as the first and the last.

This representation is called a sliding window, as the window of inputs and expected outputs is shifted forward through time to create new “samples” for a supervised learning model.

For more on the sliding window approach to preparing time series forecasting data, see the tutorial:

This would be a useful tool as it would allow us to explore different framings of a time series problem with machine learning algorithms to see which might result in better-performing models.

The function below will take a time series as a NumPy array time series with one or more columns and transform it into a supervised learning problem with the specified number of inputs and outputs.

We can use this function to prepare a time series dataset for XGBoost.

For more on the step-by-step development of this function, see the tutorial:

Once the dataset is prepared, we must be careful in how it is used to fit and evaluate a model.

For example, it would not be valid to fit the model on data from the future and have it predict the past. The model must be trained on the past and predict the future.

This means that methods that randomize the dataset during evaluation, like k-fold cross-validation, cannot be used. Instead, we must use a technique called walk-forward validation.

For more on walk-forward validation, see the tutorial:

The function below performs walk-forward validation.

It takes the entire supervised learning version of the time series dataset and the number of rows to use as the test set as arguments.

It then steps through the test set, calling the xgboost_forecast() function to make a one-step forecast. An error measure is calculated and the details are returned for analysis.

The train_test_split() function is called to split the dataset into train and test sets.

We can define this function below.

We can use the XGBRegressor class to make a one-step forecast.

The xgboost_forecast() function below implements this, taking the training dataset and test input row as input, fitting a model, and making a one-step prediction.

Now that we know how to prepare time series data for forecasting and evaluate an XGBoost model, next we can look at using XGBoost on a real dataset.

In this section, we will explore how to use XGBoost for time series forecasting.

We will use a standard univariate time series dataset with the intent of using the model to make a one-step forecast.

You can use the code in this section as the starting point in your own project and easily adapt it for multivariate inputs, multivariate forecasts, and multi-step forecasts.

We will use the daily female births dataset, that is the monthly births across three years.

You can download the dataset from here, place it in your current working directory with the filename “daily-total-female-births.csv“.

The first few lines of the dataset look as follows:

Running the example creates a line plot of the dataset.

We can see there is no obvious trend or seasonality. 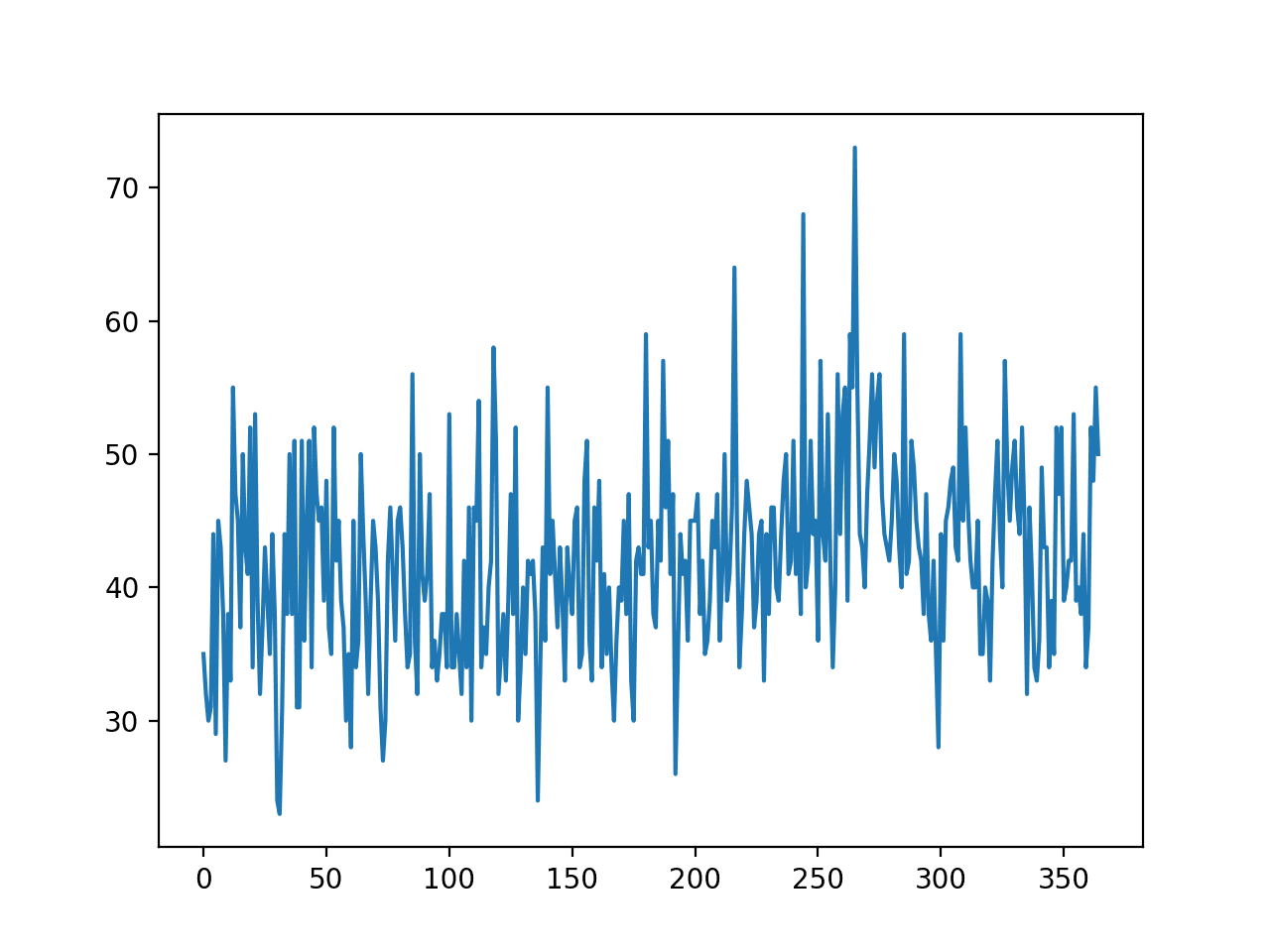 A persistence model can achieve a MAE of about 6.7 births when predicting the last 12 days. This provides a baseline in performance above which a model may be considered skillful.

Next, we can evaluate the XGBoost model on the dataset when making one-step forecasts for the last 12 days of data.

We will use only the previous 6 time steps as input to the model and default model hyperparameters, except we will change the loss to ‘reg:squarederror‘ (to avoid a warning message) and use a 1,000 trees in the ensemble (to avoid underlearning).

We can see that the model performs better than a persistence model, achieving a MAE of about 5.9 births, compared to 6.7 births.

Can you do better?
You can test different XGBoost hyperparameters and numbers of time steps as input to see if you can achieve better performance. Share your results in the comments below.

A line plot is created comparing the series of expected values and predicted values for the last 12 days of the dataset.

This gives a geometric interpretation of how well the model performed on the test set. 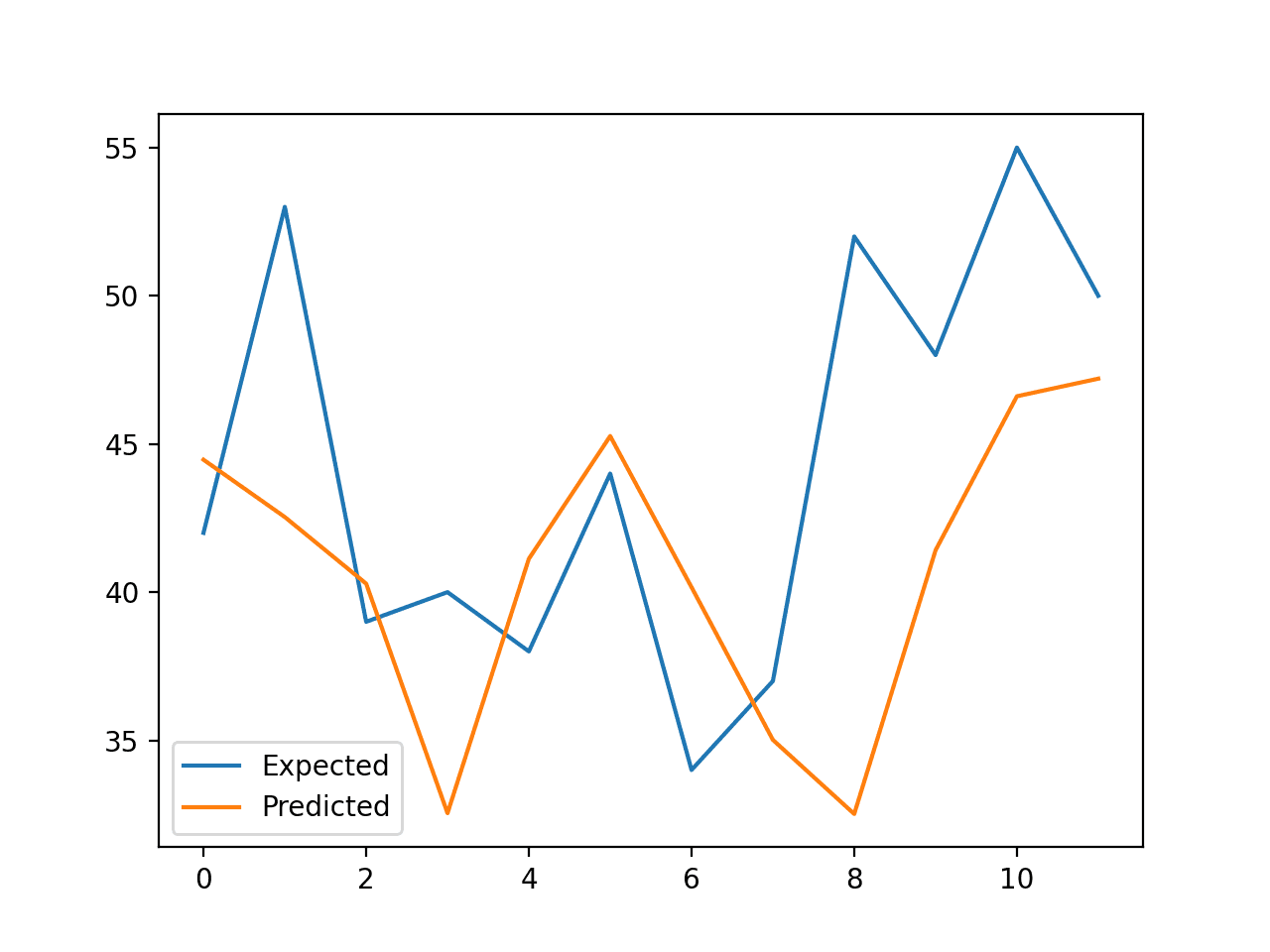 Once a final XGBoost model configuration is chosen, a model can be finalized and used to make a prediction on new data.

This is called an out-of-sample forecast, e.g. predicting beyond the training dataset. This is identical to making a prediction during the evaluation of the model: as we always want to evaluate a model using the same procedure that we expect to use when the model is used to make prediction on new data.

The example below demonstrates fitting a final XGBoost model on all available data and making a one-step prediction beyond the end of the dataset.

Running the example fits an XGBoost model on all available data.

A new row of input is prepared using the last 6 days of known data and the next month beyond the end of the dataset is predicted.

In this tutorial, you discovered how to develop an XGBoost model for time series forecasting. 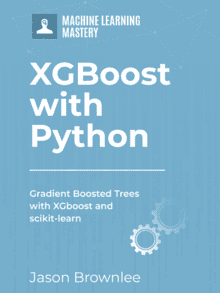 Jason Brownlee, PhD is a machine learning specialist who teaches developers how to get results with modern machine learning methods via hands-on tutorials.
View all posts by Jason Brownlee →
Repeated k-Fold Cross-Validation for Model Evaluation in Python
Multi-Class Imbalanced Classification

120 Responses to How to Use XGBoost for Time Series Forecasting 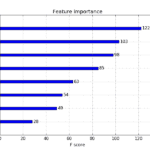 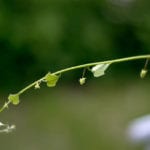 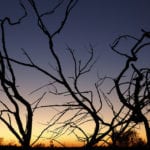 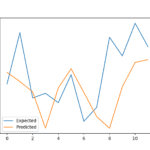 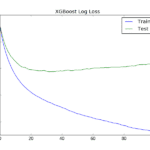