By Jason Brownlee on November 18, 2019 in Probability

The behavior and performance of many machine learning algorithms are referred to as stochastic.

Stochastic refers to a variable process where the outcome involves some randomness and has some uncertainty. It is a mathematical term and is closely related to “randomness” and “probabilistic” and can be contrasted to the idea of “deterministic.”

The stochastic nature of machine learning algorithms is an important foundational concept in machine learning and is required to be understand in order to effectively interpret the behavior of many predictive models.

In this post, you will discover a gentle introduction to stochasticity in machine learning. 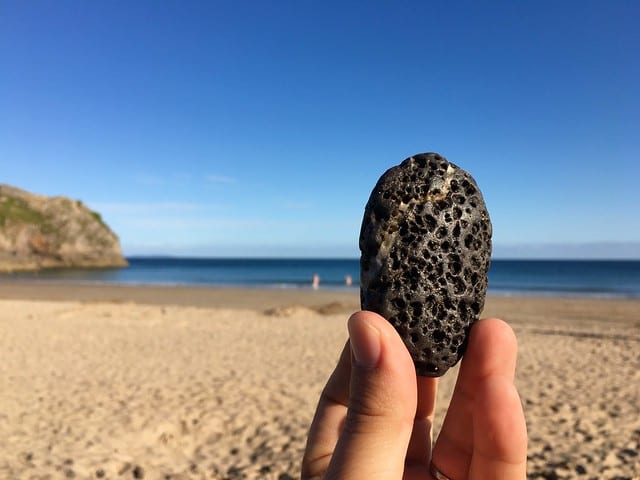 A Gentle Introduction to Stochastic in Machine Learning
Photo by Giles Turnbull, some rights reserved.

What Does “Stochastic” Mean?

A variable is stochastic if the occurrence of events or outcomes involves randomness or uncertainty.

A process is stochastic if it governs one or more stochastic variables.

Games are stochastic because they include an element of randomness, such as shuffling or rolling of a dice in card games and board games.

In real life, many unpredictable external events can put us into unforeseen situations. Many games mirror this unpredictability by including a random element, such as the throwing of dice. We call these stochastic games.

Now that we have some definitions, let’s try and add some more context by comparing stochastic with other notions of uncertainty.

Stochastic vs. Random, Probabilistic, and Non-deterministic

In this section, we’ll try to better understand the idea of a variable or process being stochastic by comparing it to the related terms of “random,” “probabilistic,” and “non-deterministic.”

In statistics and probability, a variable is called a “random variable” and can take on one or more outcomes or events.

It is the common name used for a thing that can be measured.

In general, stochastic is a synonym for random.

Typically, random is used to refer to a lack of dependence between observations in a sequence. For example, the rolls of a fair die are random, so are the flips of a fair coin.

Strictly speaking, a random variable or a random sequence can still be summarized using a probability distribution; it just may be a uniform distribution.

In general, stochastic is a synonym for probabilistic.

For example, a stochastic variable or process is probabilistic. It can be summarized and analyzed using the tools of probability.

Most notably, the distribution of events or the next event in a sequence can be described in terms of a probability distribution.

We may choose to describe a variable or process as probabilistic over stochastic if we wish to emphasize the dependence, such as if we are using a parametric model or known probability distribution to summarize the variable or sequence.

A variable or process is deterministic if the next event in the sequence can be determined exactly from the current event.

A stochastic variable or process is not deterministic because there is uncertainty associated with the outcome.

Nevertheless, a stochastic variable or process is also not non-deterministic because non-determinism only describes the possibility of outcomes, rather than probability.

Describing something as stochastic is a stronger claim than describing it as non-deterministic because we can use the tools of probability in analysis, such as expected outcome and variance.

… “stochastic” generally implies that uncertainty about outcomes is quantified in terms of probabilities; a nondeterministic environment is one in which actions are characterized by their possible outcomes, but no probabilities are attached to them.

Many machine learning algorithms and models are described in terms of being stochastic.

This is because many optimization and learning algorithms both must operate in stochastic domains and because some algorithms make use of randomness or probabilistic decisions.

Let’s take a closer look at the source of uncertainty and the nature of stochastic algorithms in machine learning.

Stochastic domains are those that involve uncertainty.

… machine learning must always deal with uncertain quantities, and sometimes may also need to deal with stochastic (non-deterministic) quantities. Uncertainty and stochasticity can arise from many sources.

This uncertainty can come from a target or objective function that is subjected to statistical noise or random errors.

It can also come from the fact that the data used to fit a model is an incomplete sample from a broader population.

Finally, the models chosen are rarely able to capture all of the aspects of the domain, and instead must generalize to unseen circumstances and lose some fidelity.

Most commonly, stochastic optimization algorithms seek a balance between exploring the search space and exploiting what has already been learned about the search space in order to hone in on the optima. The choice of the next locations in the search space are chosen stochastically, that is probabilistically based on what areas have been searched recently.

Most machine learning algorithms are stochastic because they make use of randomness during learning.

Using randomness is a feature, not a bug. It allows the algorithms to avoid getting stuck and achieve results that deterministic (non-stochastic) algorithms cannot achieve.

For example, some machine learning algorithms even include “stochastic” in their name such as:

Stochastic gradient descent optimizes the parameters of a model, such as an artificial neural network, that involves randomly shuffling the training dataset before each iteration that causes different orders of updates to the model parameters. In addition, model weights in a neural network are often initialized to a random starting point.

Most deep learning algorithms are based on an optimization algorithm called stochastic gradient descent.

Stochastic gradient boosting is an ensemble of decision trees algorithms. The stochastic aspect refers to the random subset of rows chosen from the training dataset used to construct trees, specifically the split points of trees.

Because many machine learning algorithms make use of randomness, their nature (e.g. behavior and performance) is also stochastic.

The stochastic nature of machine learning algorithms is most commonly seen on complex and nonlinear methods used for classification and regression predictive modeling problems.

These algorithms make use of randomness during the process of constructing a model from the training data which has the effect of fitting a different model each time same algorithm is run on the same data. In turn, the slightly different models have different performance when evaluated on a hold out test dataset.

In this post, you discovered a gentle introduction to stochasticity in machine learning.

Jason Brownlee, PhD is a machine learning specialist who teaches developers how to get results with modern machine learning methods via hands-on tutorials.
View all posts by Jason Brownlee →
How to Connect Model Input Data With Predictions for Machine Learning
How to Save and Reuse Data Preparation Objects in Scikit-Learn

26 Responses to What Does Stochastic Mean in Machine Learning?