By Jason Brownlee on August 19, 2019 in Generative Adversarial Networks

The resulting model is capable not only of generating impressively photorealistic high-quality photos of faces, but also offers control over the style of the generated image at different levels of detail through varying the style vectors and noise.

In this post, you will discover the Style Generative Adversarial Network that gives control over the style of generated synthetic images. 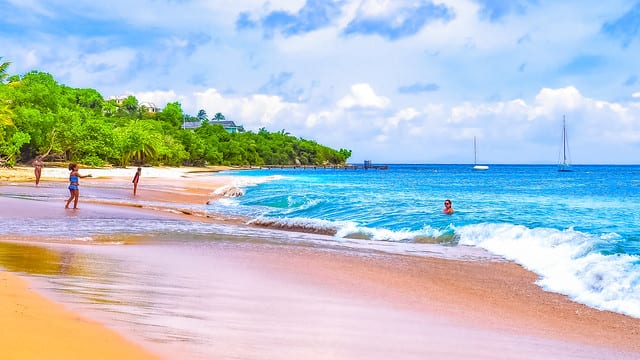 The generator model takes as input a point from latent space and generates an image. This model is trained by a second model, called the discriminator, that learns to differentiate real images from the training dataset from fake images generated by the generator model. As such, the two models compete in an adversarial game and find a balance or equilibrium during the training process.

As such, the generator has been somewhat neglected and remains a black box. For example, the source of randomness used in the generation of synthetic images is not well understood, including both the amount of randomness in the sampled points and the structure of the latent space.

Yet the generators continue to operate as black boxes, and despite recent efforts, the understanding of various aspects of the image synthesis process, […] is still lacking. The properties of the latent space are also poorly understood …

This limited understanding of the generator is perhaps most exemplified by the general lack of control over the generated images. There are few tools to control the properties of generated images, e.g. the style. This includes high-level features such as background and foreground, and fine-grained details such as the features of synthesized objects or subjects.

This requires both disentangling features or properties in images and adding controls for these properties to the generator model.

The Style Generative Adversarial Network, or StyleGAN for short, is an extension to the GAN architecture to give control over the disentangled style properties of generated images.

Our generator starts from a learned constant input and adjusts the “style” of the image at each convolution layer based on the latent code, therefore directly controlling the strength of image features at different scales

The StyleGAN is an extension of the progressive growing GAN that is an approach for training generator models capable of synthesizing very large high-quality images via the incremental expansion of both discriminator and generator models from small to large images during the training process.

In addition to the incremental growing of the models during training, the style GAN changes the architecture of the generator significantly.

The StyleGAN generator no longer takes a point from the latent space as input; instead, there are two new sources of randomness used to generate a synthetic image: a standalone mapping network and noise layers.

The output from the mapping network is a vector that defines the styles that is integrated at each point in the generator model via a new layer called adaptive instance normalization. The use of this style vector gives control over the style of the generated image.

Stochastic variation is introduced through noise added at each point in the generator model. The noise is added to entire feature maps that allow the model to interpret the style in a fine-grained, per-pixel manner.

This per-block incorporation of style vector and noise allows each block to localize both the interpretation of style and the stochastic variation to a given level of detail.

The new architecture leads to an automatically learned, unsupervised separation of high-level attributes (e.g., pose and identity when trained on human faces) and stochastic variation in the generated images (e.g., freckles, hair), and it enables intuitive, scale-specific control of the synthesis

What Is the StyleGAN Model Architecture

The StyleGAN is described as a progressive growing GAN architecture with five modifications, each of which was added and evaluated incrementally in an ablative study.

The incremental list of changes to the generator are:

The image below summarizes the StyleGAN generator architecture. 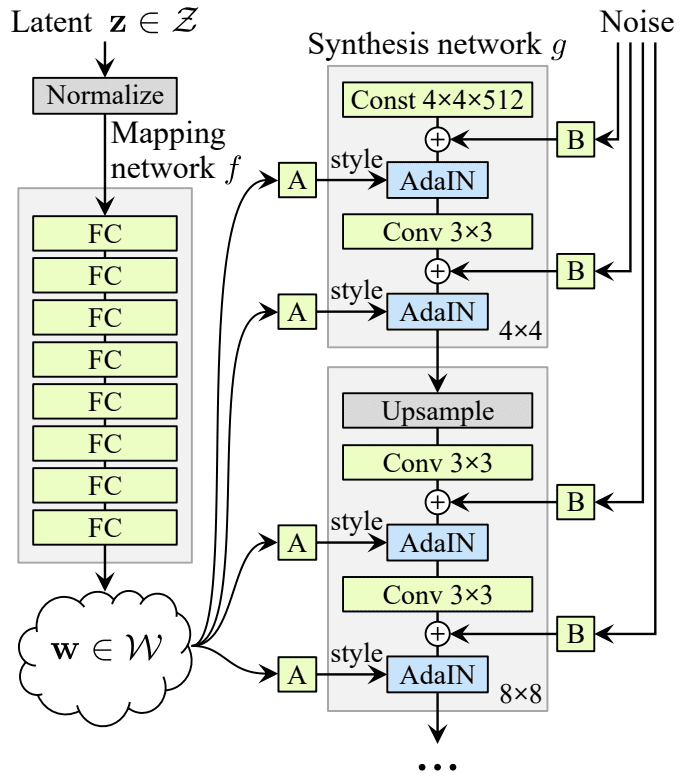 We can review each of these changes in more detail.

This means that both models start with small images, in this case, 4×4 images. The models are fit until stable, then both discriminator and generator are expanded to double the width and height (quadruple the area), e.g. 8×8.

A new block is added to each model to support the larger image size, which is faded in slowly over training. Once faded-in, the models are again trained until reasonably stable and the process is repeated with ever-larger image sizes until the desired target image size is met, such as 1024×1024.

For more on the progressive growing GAN, see the paper:

The progressive growing GAN uses nearest neighbor layers for upsampling instead of transpose convolutional layers that are common in other generator models.

The first point of deviation in the StyleGAN is that bilinear upsampling layers are unused instead of nearest neighbor.

We replace the nearest-neighbor up/downsampling in both networks with bilinear sampling, which we implement by lowpass filtering the activations with a separable 2nd order binomial filter after each upsampling layer and before each downsampling layer.

Next, a standalone mapping network is used that takes a randomly sampled point from the latent space as input and generates a style vector.

The mapping network is comprised of eight fully connected layers, e.g. it is a standard deep neural network.

For simplicity, we set the dimensionality of both [the latent and intermediate latent] spaces to 512, and the mapping f is implemented using an 8-layer MLP …

The style vector is then transformed and incorporated into each block of the generator model after the convolutional layers via an operation called adaptive instance normalization or AdaIN.

The AdaIN layers involve first standardizing the output of feature map to a standard Gaussian, then adding the style vector as a bias term.

Calculation of the adaptive instance normalization (AdaIN) in the StyleGAN.
Taken from: A Style-Based Generator Architecture for Generative Adversarial Networks.

The addition of the new mapping network to the architecture also results in the renaming of the generator model to a “synthesis network.”

The next change involves modifying the generator model so that it no longer takes a point from the latent space as input.

Instead, the model has a constant 4x4x512 constant value input in order to start the image synthesis process.

The output of each convolutional layer in the synthesis network is a block of activation maps.

Gaussian noise is added to each of these activation maps prior to the AdaIN operations. A different sample of noise is generated for each block and is interpreted using per-layer scaling factors.

These are single-channel images consisting of uncorrelated Gaussian noise, and we feed a dedicated noise image to each layer of the synthesis network. The noise image is broadcasted to all feature maps using learned per-feature scaling factors and then added to the output of the corresponding convolution …

This noise is used to introduce style-level variation at a given level of detail.

… we employ mixing regularization, where a given percentage of images are generated using two random latent codes instead of one during training.

This encourages the layers and blocks to localize the style to specific parts of the model and corresponding level of detail in the generated image.

The StyleGAN is both effective at generating large high-quality images and at controlling the style of the generated images.

In this section, we will review some examples of generated images.

A video demonstrating the capability of the model was released by the authors of the paper, providing a useful overview.

Varying Style by Level of Detail

The use of different style vectors at different points of the synthesis network gives control over the styles of the resulting image at different levels of detail.

Copying the styles corresponding to coarse spatial resolutions (4^2 – 8^2) brings high-level aspects such as pose, general hair style, face shape, and eyeglasses from source B, while all colors (eyes, hair, lighting) and finer facial features resemble A. 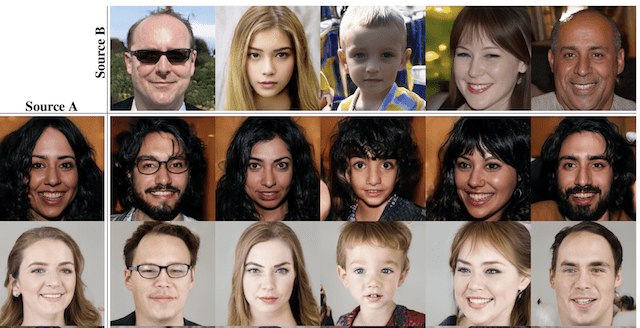 Use of Noise to Control Level of Detail

The authors varied the use of noise at different levels of detail in the model (e.g. fine, middle, coarse), much like the previous example of varying style.

We can see that the artificial omission of noise leads to featureless “painterly” look. Coarse noise causes large-scale curling of hair and appearance of larger background features, while the fine noise brings out the finer curls of hair, finer background detail, and skin pores. 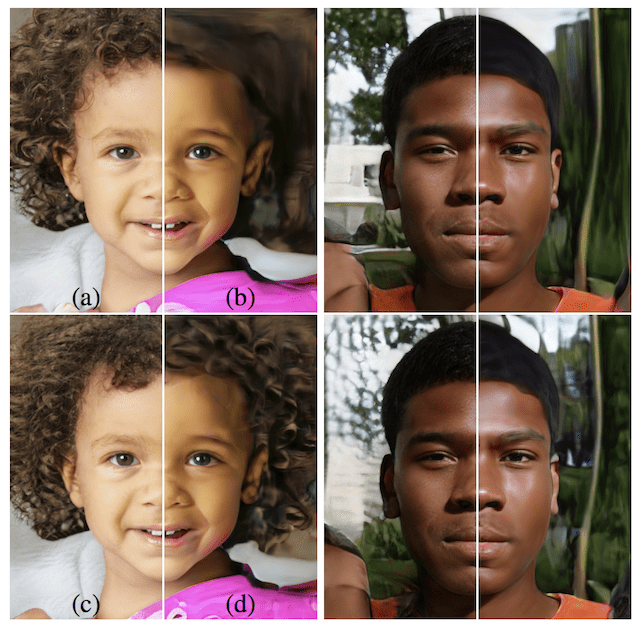 Example of Varying Noise at Different Levels of the Generator Model.
Taken from: A Style-Based Generator Architecture for Generative Adversarial Networks.

In this post, you discovered the Style Generative Adversarial Network that gives control over the style of generated synthetic images. 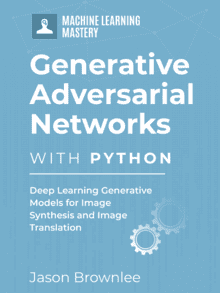