By Jason Brownlee on February 5, 2020 in Imbalanced Classification

The XGBoost algorithm is effective for a wide range of regression and classification predictive modeling problems.

It is an efficient implementation of the stochastic gradient boosting algorithm and offers a range of hyperparameters that give fine-grained control over the model training procedure. Although the algorithm performs well in general, even on imbalanced classification datasets, it offers a way to tune the training algorithm to pay more attention to misclassification of the minority class for datasets with a skewed class distribution.

This modified version of XGBoost is referred to as Class Weighted XGBoost or Cost-Sensitive XGBoost and can offer better performance on binary classification problems with a severe class imbalance.

In this tutorial, you will discover weighted XGBoost for imbalanced classification. 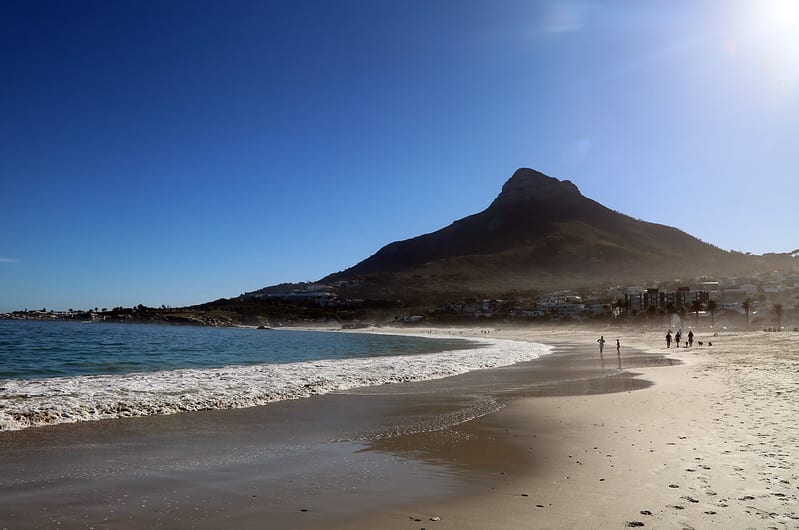 How to Configure XGBoost for Imbalanced Classification
Photo by flowcomm, some rights reserved.

We can use the make_classification() scikit-learn function to define a synthetic imbalanced two-class classification dataset. We will generate 10,000 examples with an approximate 1:100 minority to majority class ratio. 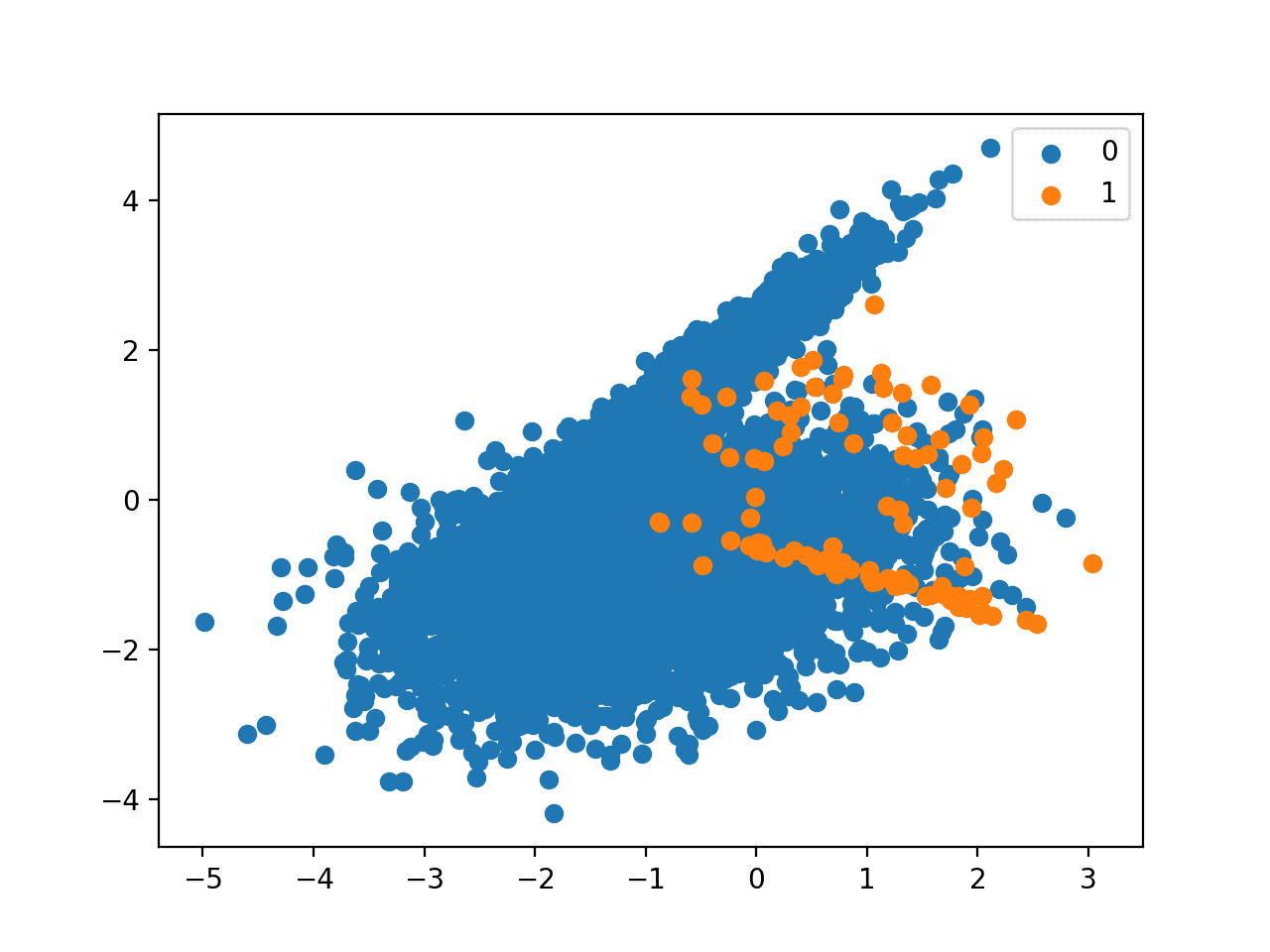 XGBoost is short for Extreme Gradient Boosting and is an efficient implementation of the stochastic gradient boosting machine learning algorithm.

Tree boosting has been shown to give state-of-the-art results on many standard classification benchmarks.

It is an ensemble of decision trees algorithm where new trees fix errors of those trees that are already part of the model. Trees are added until no further improvements can be made to the model.

XGBoost provides a highly efficient implementation of the stochastic gradient boosting algorithm and access to a suite of model hyperparameters designed to provide control over the model training process.

The most important factor behind the success of XGBoost is its scalability in all scenarios. The system runs more than ten times faster than existing popular solutions on a single machine and scales to billions of examples in distributed or memory-limited settings.

XGBoost is an effective machine learning model, even on datasets where the class distribution is skewed.

Before any modification or tuning is made to the XGBoost algorithm for imbalanced classification, it is important to test the default XGBoost model and establish a baseline in performance.

Although the XGBoost library has its own Python API, we can use XGBoost models with the scikit-learn API via the XGBClassifier wrapper class. An instance of the model can be instantiated and used just like any other scikit-learn class for model evaluation. For example:

The model performance will be reported using the mean ROC area under curve (ROC AUC) averaged over repeats and all folds.

Tying this together, the complete example of defining and evaluating a default XGBoost model on the imbalanced classification problem is listed below.

Running the example evaluates the default XGBoost model on the imbalanced dataset and reports the mean ROC AUC.

This provides a baseline for comparison for any hyperparameter tuning performed for the default XGBoost algorithm.

Although the XGBoost algorithm performs well for a wide range of challenging problems, it offers a large number of hyperparameters, many of which require tuning in order to get the most out of the algorithm on a given dataset.

The implementation provides a hyperparameter designed to tune the behavior of the algorithm for imbalanced classification problems; this is the scale_pos_weight hyperparameter.

By default, the scale_pos_weight hyperparameter is set to the value of 1.0 and has the effect of weighing the balance of positive examples, relative to negative examples when boosting decision trees. For an imbalanced binary classification dataset, the negative class refers to the majority class (class 0) and the positive class refers to the minority class (class 1).

XGBoost is trained to minimize a loss function and the “gradient” in gradient boosting refers to the steepness of this loss function, e.g. the amount of error. A small gradient means a small error and, in turn, a small change to the model to correct the error. A large error gradient during training in turn results in a large correction.

Gradients are used as the basis for fitting subsequent trees added to boost or correct errors made by the existing state of the ensemble of decision trees.

The scale_pos_weight value is used to scale the gradient for the positive class.

As such, the scale_pos_weight can be used to train a class-weighted or cost-sensitive version of XGBoost for imbalanced classification.

A sensible default value to set for the scale_pos_weight hyperparameter is the inverse of the class distribution. For example, for a dataset with a 1 to 100 ratio for examples in the minority to majority classes, the scale_pos_weight can be set to 100. This will give classification errors made by the model on the minority class (positive class) 100 times more impact, and in turn, 100 times more correction than errors made on the majority class.

For example, we can calculate this value for our synthetic classification dataset. We would expect this to be about 100, or more precisely, 99 given the weighting we used to define the dataset.

The complete example of estimating the value for the scale_pos_weight XGBoost hyperparameter is listed below.

Running the example creates the dataset and estimates the values of the scale_pos_weight hyperparameter as 99, as we expected.

We will use this value directly in the configuration of the XGBoost model and evaluate its performance on the dataset using repeated k-fold cross-validation.

We would expect some improvement in ROC AUC, although this is not guaranteed depending on the difficulty of the dataset and the chosen configuration of the XGBoost model.

The heuristic for setting the scale_pos_weight is effective for many situations.

Nevertheless, it is possible that better performance can be achieved with a different class weighting, and this too will depend on the choice of performance metric used to evaluate the model.

In this section, we will grid search a range of different class weightings for class-weighted XGBoost and discover which results in the best ROC AUC score.

We will try the following weightings for the positive class:

Tying this together, the example below grid searches eight different positive class weights for the XGBoost algorithm on the imbalanced dataset.

In this case, we can see that the scale_pos_weight=99 positive class weighting achieved the best mean ROC score. This matches the configuration for the general heuristic.

In this tutorial, you discovered weighted XGBoost for imbalanced classification. 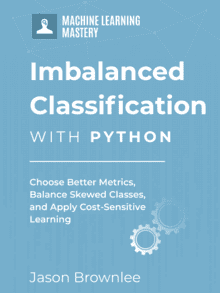 57 Responses to How to Configure XGBoost for Imbalanced Classification