By Jason Brownlee on September 11, 2019 in Probability

Probability is a field of mathematics that quantifies uncertainty.

It is undeniably a pillar of the field of machine learning, and many recommend it as a prerequisite subject to study prior to getting started. This is misleading advice, as probability makes more sense to a practitioner once they have the context of the applied machine learning process in which to interpret it.

In this post, you will discover why machine learning practitioners should study probabilities to improve their skills and capabilities. 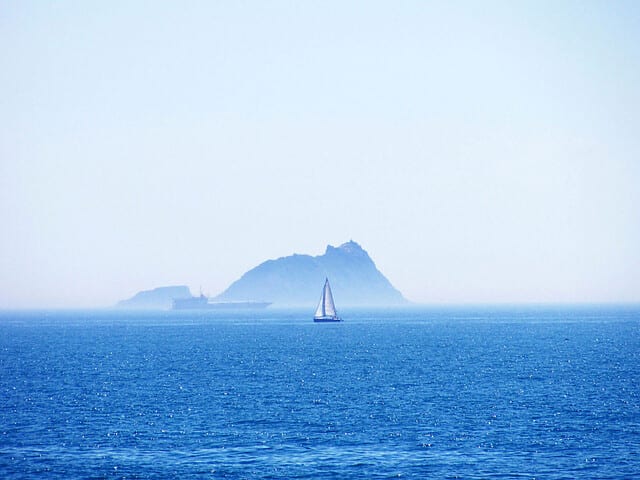 This tutorial is divided into seven parts; they are:

Reasons to NOT Learn Probability

Before we go through the reasons that you should learn probability, let’s start off by taking a small look at the reason why you should not.

I think you should not study probability if you are just getting started with applied machine learning.

I recommend a breadth-first approach to getting started in applied machine learning.

I call this the results-first approach. It is where you start by learning and practicing the steps for working through a predictive modeling problem end-to-end (e.g. how to get results) with a tool (such as scikit-learn and Pandas in Python).

This process then provides the skeleton and context for progressively deepening your knowledge, such as how algorithms work and, eventually, the math that underlies them.

After you know how to work through a predictive modeling problem, let’s look at why you should deepen your understanding of probability.

Classification predictive modeling problems are those where an example is assigned a given label.

An example that you may be familiar with is the iris flowers dataset where we have four measurements of a flower and the goal is to assign one of three different known species of iris flower to the observation.

We can model the problem as directly assigning a class label to each observation.

A more common approach is to frame the problem as a probabilistic class membership, where the probability of an observation belonging to each known class is predicted.

Framing the problem as a prediction of class membership simplifies the modeling problem and makes it easier for a model to learn. It allows the model to capture ambiguity in the data, which allows a process downstream, such as the user to interpret the probabilities in the context of the domain.

This choice of a class membership framing of the problem interpretation of the predictions made by the model requires a basic understanding of probability.

There are algorithms that are specifically designed to harness the tools and methods from probability.

These range from individual algorithms, like Naive Bayes algorithm, which is constructed using Bayes Theorem with some simplifying assumptions.

A notable graphical model is Bayesian Belief Networks or Bayes Nets, which are capable of capturing the conditional dependencies between variables.

3. Models Are Trained With Probabilistic Frameworks

Many machine learning models are trained using an iterative algorithm designed under a probabilistic framework.

Some examples of general probabilsitic modeling frameworks are:

Perhaps the most common is the framework of maximum likelihood estimation, sometimes shorted as MLE. This is a framework for estimating model parameters (e.g. weights) given observed data.

This is the framework that underlies the ordinary least squares estimate of a linear regression model and the log loss estimate for logistic regression.

For models that predict class membership, maximum likelihood estimation provides the framework for minimizing the difference or divergence between an observed and predicted probability distribution. This is used in classification algorithms like logistic regression as well as deep learning neural networks.

It is common to measure this difference in probability distribution during training using entropy, e.g. via cross-entropy. Entropy, and differences between distributions measured via KL divergence, and cross-entropy are from the field of information theory that directly build upon probability theory. For example, entropy is calculated directly as the negative log of the probability.

As such, these tools from information theory such as minimising cross-entropy loss can be seen as another probabilistic framework for model estimation.

4. Models Are Tuned With a Probabilistic Framework

It is common to tune the hyperparameters of a machine learning model, such as k for kNN or the learning rate in a neural network.

For more on Bayesian optimization, see the tutorial:

5. Models Are Evaluated With Probabilistic Measures

For those algorithms where a prediction of probabilities is made, evaluation measures are required to summarize the performance of the model.

There are many measures used to summarize the performance of a model based on predicted probabilities. Common examples include:

For more on metrics for evaluating predicted probabilities, see the tutorial:

For binary classification tasks where a single probability score is predicted, Receiver Operating Characteristic, or ROC, curves can be constructed to explore different cut-offs that can be used when interpreting the prediction that, in turn, result in different trade-offs. The area under the ROC curve, or ROC AUC, can also be calculated as an aggregate measure. A related method that couses on the positive class is the Precision-Recall Curve and area under curve.

For more on these curves and when to use them see the tutorial:

Choice and interpretation of these scoring methods require a foundational understanding of probability theory.

If I could give one more reason, it would be: Because it is fun.

Learning probability, at least the way I teach it with practical examples and executable code, is a lot of fun. Once you can see how the operations work on real data, it is hard to avoid developing a strong intuition for a subject that is often quite unintuitive.

Do you have more reasons why it is critical for an intermediate machine learning practitioner to learn probability?

Let me know in the comments below.

In this post, you discovered why, as a machine learning practitioner, you should deepen your understanding of probability.

24 Responses to 5 Reasons to Learn Probability for Machine Learning