Reducing the number of input variables for a predictive model is referred to as dimensionality reduction.

Fewer input variables can result in a simpler predictive model that may have better performance when making predictions on new data.

Linear Discriminant Analysis, or LDA for short, is a predictive modeling algorithm for multi-class classification. It can also be used as a dimensionality reduction technique, providing a projection of a training dataset that best separates the examples by their assigned class.

The ability to use Linear Discriminant Analysis for dimensionality reduction often surprises most practitioners.

In this tutorial, you will discover how to use LDA for dimensionality reduction when developing predictive models. 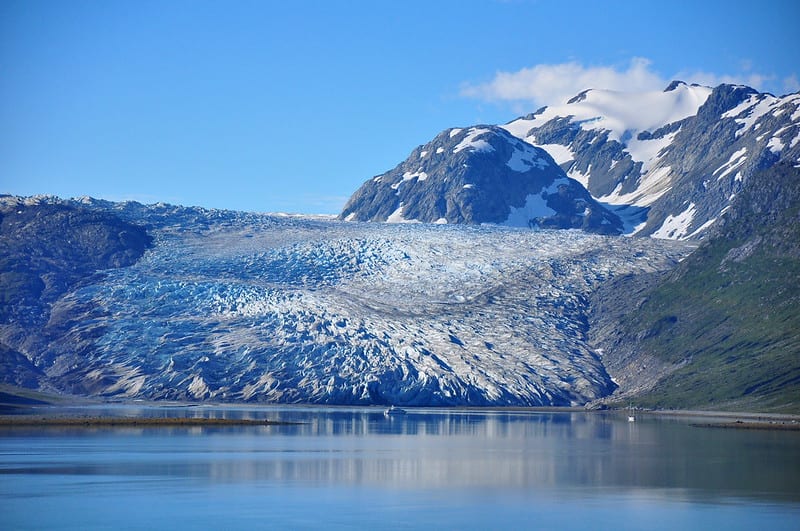 Dimensionality reduction refers to reducing the number of input variables for a dataset.

In a dataset with k numeric attributes, you can visualize the data as a cloud of points in k-dimensional space …

Therefore, it is often desirable to reduce the number of input features. This reduces the number of dimensions of the feature space, hence the name “dimensionality reduction.”

A popular approach to dimensionality reduction is to use techniques from the field of linear algebra. This is often called “feature projection” and the algorithms used are referred to as “projection methods.”

Projection methods seek to reduce the number of dimensions in the feature space whilst also preserving the most important structure or relationships between the variables observed in the data.

The resulting dataset, the projection, can then be used as input to train a machine learning model.

In essence, the original features no longer exist and new features are constructed from the available data that are not directly comparable to the original data, e.g. don’t have column names.

Any new data that is fed to the model in the future when making predictions, such as test dataset and new datasets, must also be projected using the same technique.

It should not be confused with “Latent Dirichlet Allocation” (LDA), which is also a dimensionality reduction technique for text documents.

Linear Discriminant Analysis seeks to best separate (or discriminate) the samples in the training dataset by their class value. Specifically, the model seeks to find a linear combination of input variables that achieves the maximum separation for samples between classes (class centroids or means) and the minimum separation of samples within each class.

There are many ways to frame and solve LDA; for example, it is common to describe the LDA algorithm in terms of Bayes Theorem and conditional probabilities.

In practice, LDA for multi-class classification is typically implemented using the tools from linear algebra, and like PCA, uses matrix factorization at the core of the technique. As such, it is good practice to perhaps standardize the data prior to fitting an LDA model.

For more information on how LDA is calculated in detail, see the tutorial:

Now that we are familiar with dimensionality reduction and LDA, let’s look at how we can use this approach with the scikit-learn library.

We can use LDA to calculate a projection of a dataset and select a number of dimensions or components of the projection to use as input to a model.

The scikit-learn library provides the LinearDiscriminantAnalysis class that can be fit on a dataset and used to transform a training dataset and any additional dataset in the future.

The outputs of the LDA can be used as input to train a model.

Perhaps the best approach is to use a Pipeline where the first step is the LDA transform and the next step is the learning algorithm that takes the transformed data as input.

It can also be a good idea to standardize data prior to performing the LDA transform if the input variables have differing units or scales; for example:

Now that we are familiar with the LDA API, let’s look at a worked example.

Worked Example of LDA for Dimensionality

First, we can use the make_classification() function to create a synthetic 10-class classification problem with 1,000 examples and 20 input features, 15 inputs of which are meaningful.

Running the example creates the dataset and summarizes the shape of the input and output components.

Next, we can use dimensionality reduction on this dataset while fitting a naive Bayes model.

We will use a Pipeline where the first step performs the LDA transform and selects the five most important dimensions or components, then fits a Naive Bayes model on these features. We don’t need to standardize the variables on this dataset, as all variables have the same scale by design.

The pipeline will be evaluated using repeated stratified cross-validation with three repeats and 10 folds per repeat. Performance is presented as the mean classification accuracy.

Running the example evaluates the model and reports the classification accuracy.

In this case, we can see that the LDA transform with naive bayes achieved a performance of about 31.4 percent.

How do we know that reducing 20 dimensions of input down to five is good or the best we can do?

We don’t; five was an arbitrary choice.

A better approach is to evaluate the same transform and model with different numbers of input features and choose the number of features (amount of dimensionality reduction) that results in the best average performance.

The example below performs this experiment and summarizes the mean classification accuracy for each configuration.

Running the example first reports the classification accuracy for each number of components or features selected.

The results suggest using the default of nine components achieves the best performance on this dataset, although with a gentle trade-off as fewer dimensions are used.

A box and whisker plot is created for the distribution of accuracy scores for each configured number of dimensions.

We can see the trend of increasing classification accuracy with the number of components, with a limit at nine. 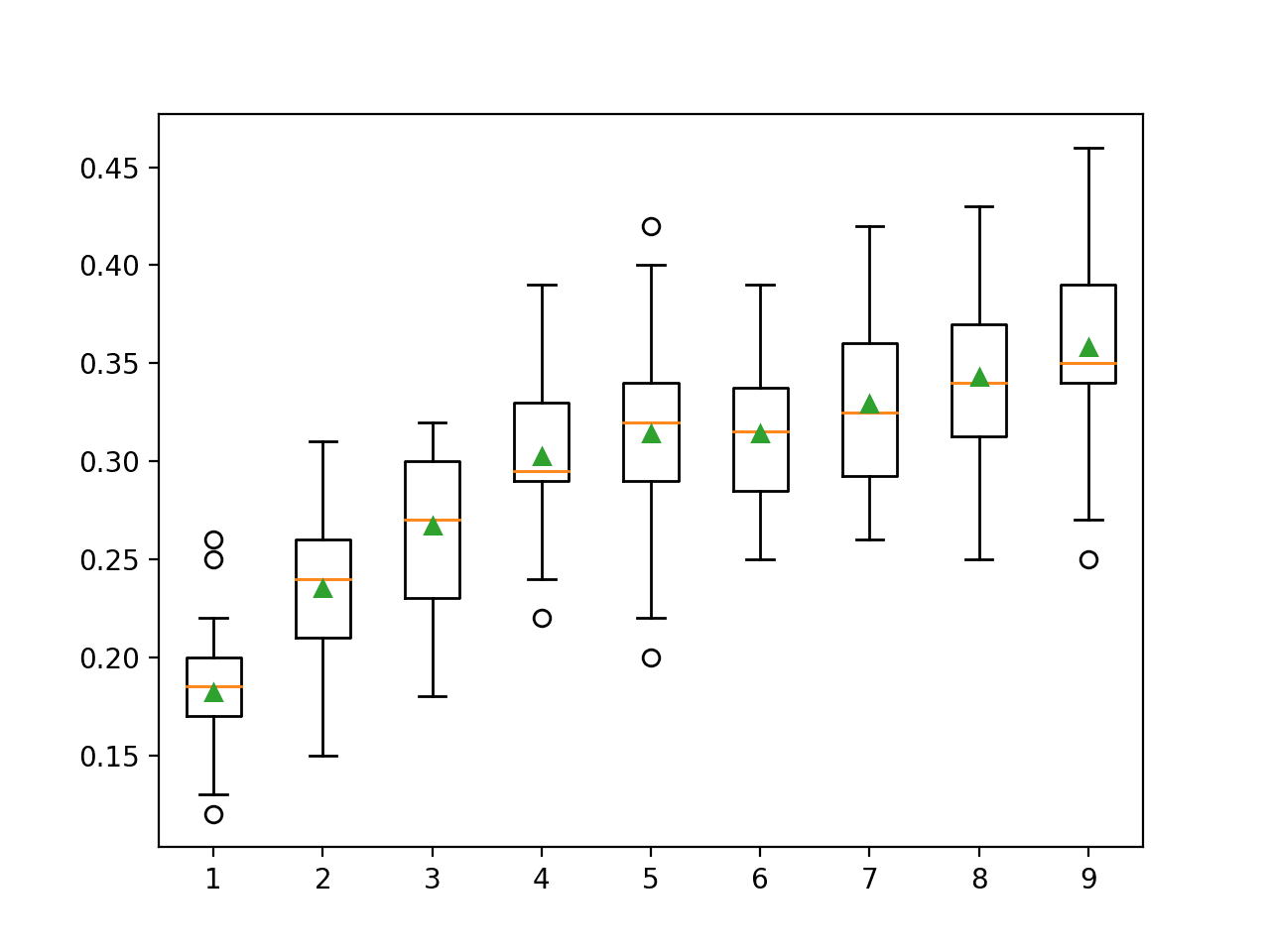 Box Plot of LDA Number of Components vs. Classification Accuracy

We may choose to use an LDA transform and Naive Bayes model combination as our final model.

This involves fitting the Pipeline on all available data and using the pipeline to make predictions on new data. Importantly, the same transform must be performed on this new data, which is handled automatically via the Pipeline.

The code below provides an example of fitting and using a final model with LDA transforms on new data.

Running the example fits the Pipeline on all available data and makes a prediction on new data.

Here, the transform uses the nine most important components from the LDA transform as we found from testing above.

A new row of data with 20 columns is provided and is automatically transformed to 15 components and fed to the naive bayes model in order to predict the class label.

In this tutorial, you discovered how to use LDA for dimensionality reduction when developing predictive models. 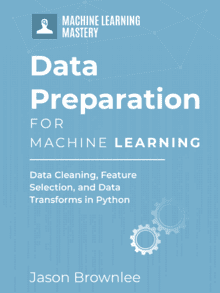 Jason Brownlee, PhD is a machine learning specialist who teaches developers how to get results with modern machine learning methods via hands-on tutorials.
View all posts by Jason Brownlee →
Singular Value Decomposition for Dimensionality Reduction in Python
Statistical Imputation for Missing Values in Machine Learning

15 Responses to Linear Discriminant Analysis for Dimensionality Reduction in Python