By Jason Brownlee on May 24, 2017 in Long Short-Term Memory Networks

This is a behavior required in complex problem domains like machine translation, speech recognition, and more.

LSTMs are a complex area of deep learning. It can be hard to get your hands around what LSTMs are, and how terms like bidirectional and sequence-to-sequence relate to the field.

In this post, you will get insight into LSTMs using the words of research scientists that developed the methods and applied them to new and important problems.

There are few that are better at clearly and precisely articulating both the promise of LSTMs and how they work than the experts that developed them.

We will explore key questions in the field of LSTMs using quotes from the experts, and if you’re interested, you will be able to dive into the original papers from which the quotes were taken. 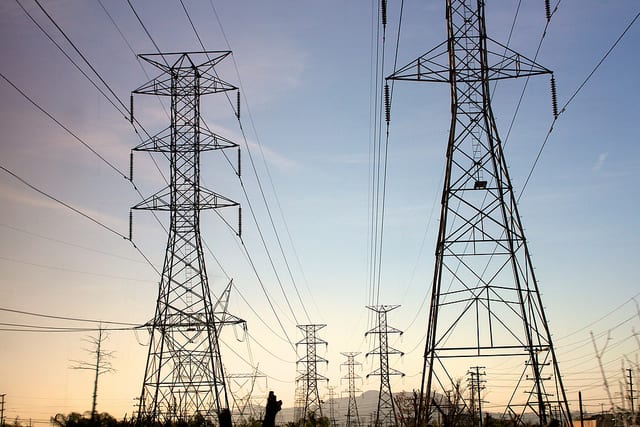 A Gentle Introduction to Long Short-Term Memory Networks by the Experts
Photo by Oran Viriyincy, some rights reserved.

The Promise of Recurrent Neural Networks

This difference in the addition of complexity comes with the promise of new behaviors that the traditional methods cannot achieve.

Recurrent networks … have an internal state that can represent context information. … [they] keep information about past inputs for an amount of time that is not fixed a priori, but rather depends on its weights and on the input data.

The paper defines 3 basic requirements of a recurrent neural network:

Recurrent neural networks must use context when making predictions, but to this extent, the context required must also be learned.

… recurrent neural networks contain cycles that feed the network activations from a previous time step as inputs to the network to influence predictions at the current time step. These activations are stored in the internal states of the network which can in principle hold long-term temporal contextual information. This mechanism allows RNNs to exploit a dynamically changing contextual window over the input sequence history

LSTMs Deliver on the Promise

The success of LSTMs is in their claim to be one of the first implements to overcome the technical problems and deliver on the promise of recurrent neural networks.

The two technical problems overcome by LSTMs are vanishing gradients and exploding gradients, both related to how the network is trained.

Unfortunately, the range of contextual information that standard RNNs can access is in practice quite limited. The problem is that the influence of a given input on the hidden layer, and therefore on the network output, either decays or blows up exponentially as it cycles around the network’s recurrent connections. This shortcoming … referred to in the literature as the vanishing gradient problem … Long Short-Term Memory (LSTM) is an RNN architecture specifically designed to address the vanishing gradient problem.

The key to the LSTM solution to the technical problems was the specific internal structure of the units used in the model.

… governed by its ability to deal with vanishing and exploding gradients, the most common challenge in designing and training RNNs. To address this challenge, a particular form of recurrent nets, called LSTM, was introduced and applied with great success to translation and sequence generation.

How do LSTMs Work?

Rather than go into the equations that govern how LSTMs are fit, analogy is a useful tool to quickly get a handle on how they work.

We use networks with one input layer, one hidden layer, and one output layer… The (fully) self-connected hidden layer contains memory cells and corresponding gate units…

Multiple analogies can help to give purchase on what differentiates LSTMs from traditional neural networks comprised of simple neurons.

The Long Short Term Memory architecture was motivated by an analysis of error flow in existing RNNs which found that long time lags were inaccessible to existing architectures, because backpropagated error either blows up or decays exponentially.

An LSTM layer consists of a set of recurrently connected blocks, known as memory blocks. These blocks can be thought of as a differentiable version of the memory chips in a digital computer. Each one contains one or more recurrently connected memory cells and three multiplicative units – the input, output and forget gates – that provide continuous analogues of write, read and reset operations for the cells. … The net can only interact with the cells via the gates.

It is interesting to note, that even after more than 20 years, the simple (or vanilla) LSTM may still be the best place to start when applying the technique.

… This implies that the hyperparameters can be tuned independently. In particular, the learning rate can be calibrated first using a fairly small network, thus saving a lot of experimentation time.

What are LSTM Applications?

It is important to get a handle on exactly what type of sequence learning problems that LSTMs are suitable to address.

… LSTM holds promise for any sequential processing task in which we suspect that a hierarchical decomposition may exist, but do not know in advance what this decomposition is.

The Recurrent Neural Network (RNN) is neural sequence model that achieves state of the art performance on important tasks that include language modeling, speech recognition, and machine translation.

Since LSTMs are effective at capturing long-term temporal dependencies without suffering from the optimization hurdles that plague simple recurrent networks (SRNs), they have been used to advance the state of the art for many difficult problems. This includes handwriting recognition and generation, language modeling and translation, acoustic modeling of speech, speech synthesis, protein secondary structure prediction, analysis of audio, and video data among others.

What are Bidirectional LSTMs?

A commonly mentioned improvement upon LSTMs are bidirectional LSTMs.

The basic idea of bidirectional recurrent neural nets is to present each training sequence forwards and backwards to two separate recurrent nets, both of which are connected to the same output layer. … This means that for every point in a given sequence, the BRNN has complete, sequential information about all points before and after it. Also, because the net is free to use as much or as little of this context as necessary, there is no need to find a (task-dependent) time-window or target delay size.

… for temporal problems like speech recognition, relying on knowledge of the future seems at first sight to violate causality … How can we base our understanding of what we’ve heard on something that hasn’t been said yet? However, human listeners do exactly that. Sounds, words, and even whole sentences that at first mean nothing are found to make sense in the light of future context.

One shortcoming of conventional RNNs is that they are only able to make use of previous context. … Bidirectional RNNs (BRNNs) do this by processing the data in both directions with two separate hidden layers, which are then fed forwards to the same output layer. … Combining BRNNs with LSTM gives bidirectional LSTM, which can access long-range context in both input directions

Unlike conventional RNNs, bidirectional RNNs utilize both the previous and future context, by processing the data from two directions with two separate hidden layers. One layer processes the input sequence in the forward direction, while the other processes the input in the reverse direction. The output of current time step is then generated by combining both layers’ hidden vector…

What are seq2seq LSTMs or RNN Encoder-Decoders?

The sequence-to-sequence LSTM, also called encoder-decoder LSTMs, are an application of LSTMs that are receiving a lot of attention given their impressive capability.

The idea is to use one LSTM to read the input sequence, one timestep at a time, to obtain large fixed-dimensional vector representation, and then to use another LSTM to extract the output sequence from that vector. The second LSTM is essentially a recurrent neural network language model except that it is conditioned on the input sequence.

The LSTM’s ability to successfully learn on data with long range temporal dependencies makes it a natural choice for this application due to the considerable time lag between the inputs and their corresponding outputs.

We were able to do well on long sentences because we reversed the order of words in the source sentence but not the target sentences in the training and test set. By doing so, we introduced many short term dependencies that made the optimization problem much simpler. … The simple trick of reversing the words in the source sentence is one of the key technical contributions of this work

An “encoder” RNN reads the source sentence and transforms it into a rich fixed-length vector representation, which in turn in used as the initial hidden state of a “decoder” RNN that generates the target sentence. Here, we propose to follow this elegant recipe, replacing the encoder RNN by a deep convolution neural network (CNN). … it is natural to use a CNN as an image “encoder”, by first pre-training it for an image classification task and using the last hidden layer as an input to the RNN decoder that generates sentences.

… an RNN Encoder–Decoder, consists of two recurrent neural networks (RNN) that act as an encoder and a decoder pair. The encoder maps a variable-length source sequence to a fixed-length vector, and the decoder maps the vector representation back to a variable-length target sequence.

In this post, you received a gentle introduction to LSTMs in the words of the research scientists that developed and applied the techniques.

This provides you both with a clear and precise idea of what LSTMs are and how they work, as well as important articulation on the promise of LSTMs in the field of recurrent neural networks.

Did any of the quotes help your understanding or inspire you?
Let me know in the comments below.