Statistical hypothesis tests report on the likelihood of the observed results given an assumption, such as no association between variables or no difference between groups.

Hypothesis tests do not comment on the size of the effect if the association or difference is statistically significant. This highlights the need for standard ways of calculating and reporting a result.

Effect size methods refer to a suite of statistical tools from the the field of estimation statistics for quantifying an the size of an effect in the results of experiments that can be used to complement the results from statistical hypothesis tests.

In this tutorial, you will discover effect size and effect size measures for quantifying the magnitude of a result. 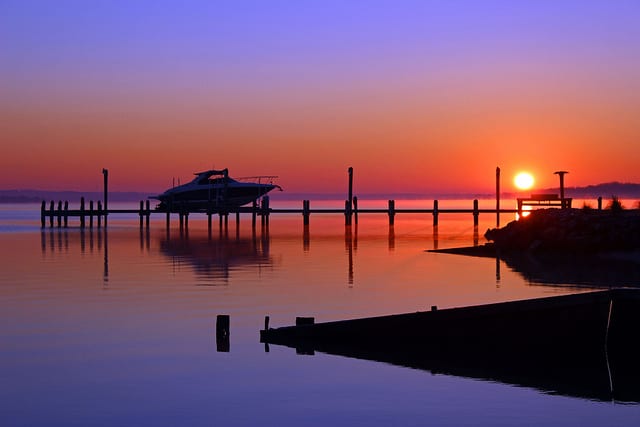 A Gentle Introduction to Effect Size Measures in Python
Photo by scott1346, some rights reserved.

The Need to Report Effect Size

Once practitioners become versed in statistical methods, it is common to become focused on quantifying the likelihood of a result.

This is often seen with the calculation and presentation of the results from statistical hypothesis tests in terms of p-value and the significance level.

One aspect that is often neglected in the presentation of results is to actually quantify the difference or relationship, called the effect. It can be easy to forget that the intention of an experiment is to quantify an effect.

The primary product of a research inquiry is one or more measures of effect size, not P values.

The statistical test can only comment on the likelihood that there is an effect. It does not comment on the size of the effect. The results of an experiment could be significant, but the effect so small that it has little consequence.

— Page 4, The Essential Guide to Effect Sizes: Statistical Power, Meta-Analysis, and the Interpretation of Research Results, 2010.

The problem with neglecting the presentation of the effect is that it may be calculated using ad hoc measures or even ignored completely and left to the reader to interpret. This is a big problem as quantifying the size of the effect is essential to interpreting results.

What Is Effect Size?

An effect size refers to the size or magnitude of an effect or result as it would be expected to occur in a population.

The effect size is estimated from samples of data.

Effect size methods refers to a collection of statistical tools used to calculate the effect size. Often the field of effect size measures is referred to as simply “effect size“, to note the general concern of the field.

It is common to organize effect size statistical methods into groups, based on the type of effect that is to be quantified. Two main groups of methods for calculating effect size are:

An effect can be the result of a treatment revealed in a comparison between groups (e.g. treated and untreated groups) or it can describe the degree of association between two related variables (e.g. treatment dosage and health).

— Page 5, The Essential Guide to Effect Sizes: Statistical Power, Meta-Analysis, and the Interpretation of Research Results, 2010.

The result of an effect size calculation must be interpreted, and it depends on the specific statistical method used. A measure must be chosen based on the goals of the interpretation. Three types of calculated result include:

Thus, effect size can refer to the raw difference between group means, or absolute effect size, as well as standardized measures of effect, which are calculated to transform the effect to an easily understood scale. Absolute effect size is useful when the variables under study have intrinsic meaning (eg, number of hours of sleep).

It may be a good idea to report an effect size using multiple measures to aide the different types of readers of your findings.

Sometimes a result is best reported both in original units, for ease of understanding by readers, and in some standardized measure for ease of inclusion in future meta-analyses.

How to Calculate Effect Size

In this section, we will look at some common effect size calculations for both associations and differences. The examples of methods is not complete; there may be 100s of methods that can be used to calculate an effect size.

The association between variables is often referred to as the “r family” of effect size methods.

The Pearson’s correlation coefficient measures the degree of linear association between two real-valued variables. It is a unit-free effect size measure, that can be interpreted in a standard way, as follows:

The Pearson’s correlation coefficient can be calculated in Python using the pearsonr() SciPy function.

The example below demonstrates the calculation of the Pearson’s correlation coefficient to quantify the size of the association between two samples of random Gaussian numbers where one sample has a strong relationship with the second.

Running the example calculates and prints the Pearson’s correlation between the two data samples. We can see that the effect shows a strong positive relationship between the samples.

Another very popular method for calculating the association effect size is the r-squared measure, or r^2, also called the coefficient of determination. It summarizes the proportion of variance in one variable explained by the other.

The difference between groups is often referred to as the “d family” of effect size methods.

This name comes from perhaps the most common method for calculating the difference between the mean value of groups, called Cohen’s d.

Cohen’s d measures the difference between the mean from two Gaussian-distributed variables. It is a standard score that summarizes the difference in terms of the number of standard deviations. Because the score is standardized, there is a table for the interpretation of the result, summarized as:

The Cohen’s d calculation is not provided in Python; we can calculate it manually.

The calculation of the difference between the mean of two samples is as follows:

The pooled standard deviation for two independent samples can be calculated as follows:

The function below will calculate the Cohen’s d measure for two samples of real-valued variables. The NumPy functions mean() and var() are used to calculate the sample mean and variance respectively.

The example below calculates the Cohen’s d measure for two samples of random Gaussian variables with differing means.

We can see that as expected, the difference between the means is one half of one standard deviation interpreted as a medium effect size.

Two other popular methods for quantifying the difference effect size are:

In this tutorial, you discovered effect size and effect size measures for quantifying the magnitude of a result.

Jason Brownlee, PhD is a machine learning specialist who teaches developers how to get results with modern machine learning methods via hands-on tutorials.
View all posts by Jason Brownlee →
How to Calculate Nonparametric Rank Correlation in Python
A Gentle Introduction to Statistical Power and Power Analysis in Python