By Jason Brownlee on June 6, 2018 in Statistics

Sometimes data does not make sense until you can look at in a visual form, such as with charts and plots.

Being able to quickly visualize your data samples for yourself and others is an important skill both in applied statistics and in applied machine learning.

In this tutorial, you will discover the five types of plots that you will need to know when visualizing data in Python and how to use them to better understand your own data. 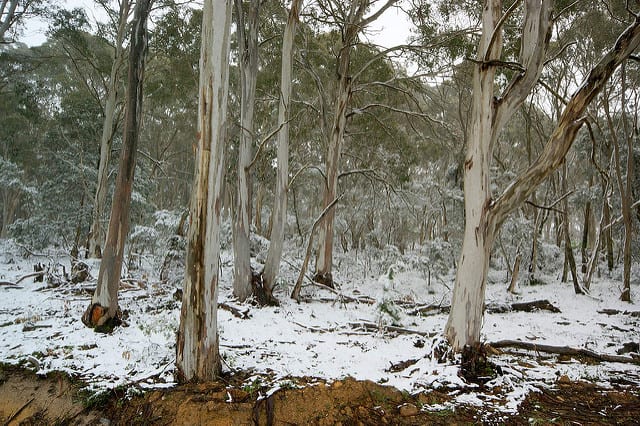 A Gentle Introduction to Data Visualization Methods in Python
Photo by Ian Sutton, some rights reserved.

This tutorial is divided into 7 parts; they are:

Data visualization is an important skill in applied statistics and machine learning.

Statistics does indeed focus on quantitative descriptions and estimations of data. Data visualization provides an important suite of tools for gaining a qualitative understanding.

This can be helpful when exploring and getting to know a dataset and can help with identifying patterns, corrupt data, outliers, and much more. With a little domain knowledge, data visualizations can be used to express and demonstrate key relationships in plots and charts that are more visceral to yourself and stakeholders than measures of association or significance.

Data visualization and exploratory data analysis are whole fields themselves and I will recommend a deeper dive into some the books mentioned at the end. In this tutorial, let’s look at basic charts and plots you can use to better understand your data.

There are five key plots that you need to know well for basic data visualization. They are:

With a knowledge of these plots, you can quickly get a qualitative understanding of most data that you come across.

For the rest of this tutorial, we will take a closer look at each plot type.

There are many excellent plotting libraries in Python and I recommend exploring them in order to create presentable graphics.

For quick and dirty plots intended for your own use, I recommend using the matplotlib library. It is the foundation for many other plotting libraries and plotting support in higher-level libraries such as Pandas.

There is some convention to import this context and name it plt; for example:

We will not use this convention, instead we will stick to the standard Python import convention.

Charts and plots are made by making and calling on context; for example:

Elements such as axis, labels, legends, and so on can be accessed and configured on this context as separate function calls.

The drawings on the context can be shown in a new window by calling the show() function:

Alternately, the drawings on the context can be saved to file, such as a PNG formatted image file. The savefig() function can be used to save images.

This is the most basic crash course for using the matplotlib library.

For more detail, see the User Guide and the resources at the end of the tutorial.

A line plot is generally used to present observations collected at regular intervals.

The x-axis represents the regular interval, such as time. The y-axis shows the observations, ordered by the x-axis and connected by a line.

A line plot can be created by calling the plot() function and passing the x-axis data for the regular interval, and y-axis for the observations.

Line plots are useful for presenting time series data as well as any sequence data where there is an ordering between observations.

The example below creates a sequence of 100 floating point values as the x-axis and a sine wave as a function of the x-axis as the observations on the y-axis. The results are plotted as a line plot.

Running the example creates a line plot showing the familiar sine wave pattern on the y-axis across the x-axis with a consistent interval between observations. 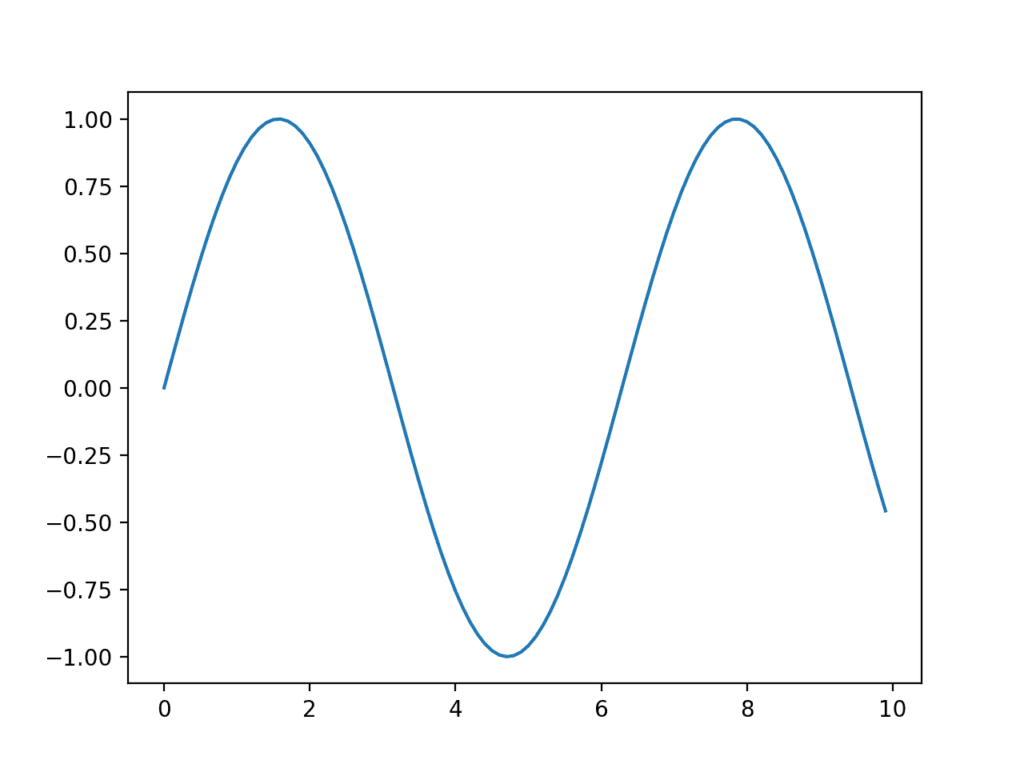 Example of a Line Plot

A bar chart is generally used to present relative quantities for multiple categories.

A bar chart can be created by calling the bar() function and passing the category names for the x-axis and the quantities for the y-axis.

Bar charts can be useful for comparing multiple point quantities or estimations.

The example below creates a dataset with three categories, each defined with a string label. A single random integer value is drawn for the quantity in each category.

Running the example creates the bar chart showing the category labels on the x-axis and the quantities on the y-axis. 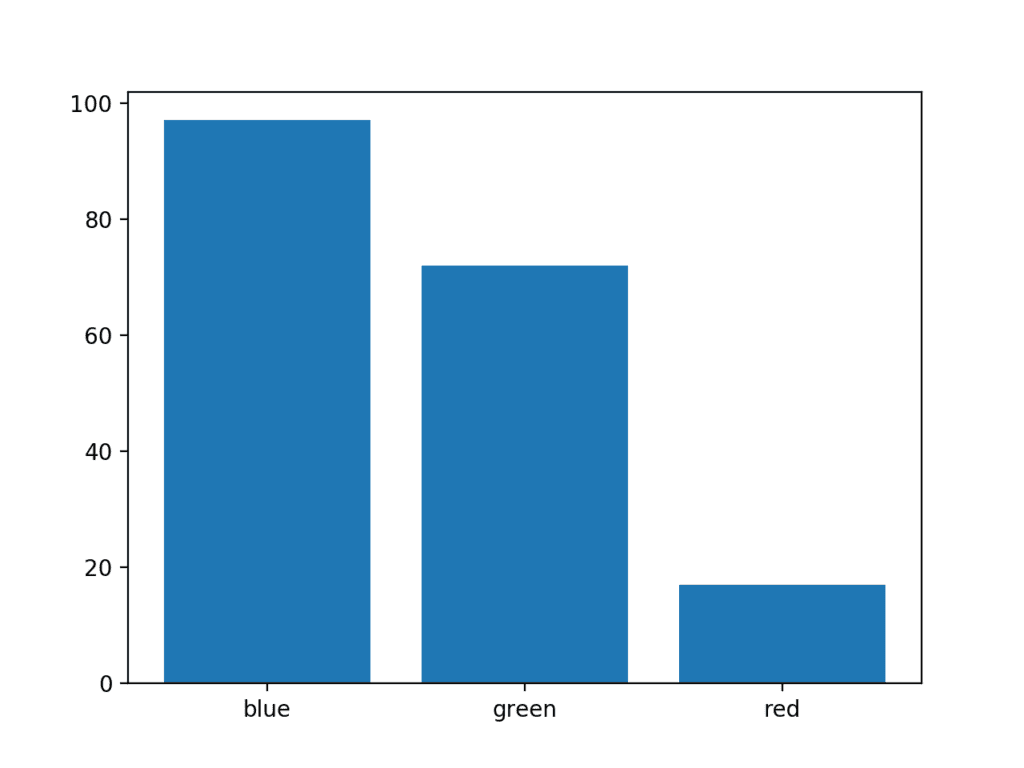 Example of a Bar Chart

A histogram plot is generally used to summarize the distribution of a data sample.

The y-axis represents the frequency or count of the number of observations in the dataset that belong to each bin.

Essentially, a data sample is transformed into a bar chart where each category on the x-axis represents an interval of observation values.

Histograms are density estimates. A density estimate gives a good impression of the distribution of the data.[…] The idea is to locally represent the data density by counting the number of observations in a sequence of consecutive intervals (bins) …

A histogram plot can be created by calling the hist() function and passing in a list or array that represents the data sample.

Histograms are valuable for summarizing the distribution of data samples.

The example below creates a dataset of 1,000 random numbers drawn from a standard Gaussian distribution, then plots the dataset as a histogram.

Running the example, we can see that the shape of the bars shows the bell-shaped curve of the Gaussian distribution. We can see that the function automatically chose the number of bins, in this case splitting the values into groups by integer value. 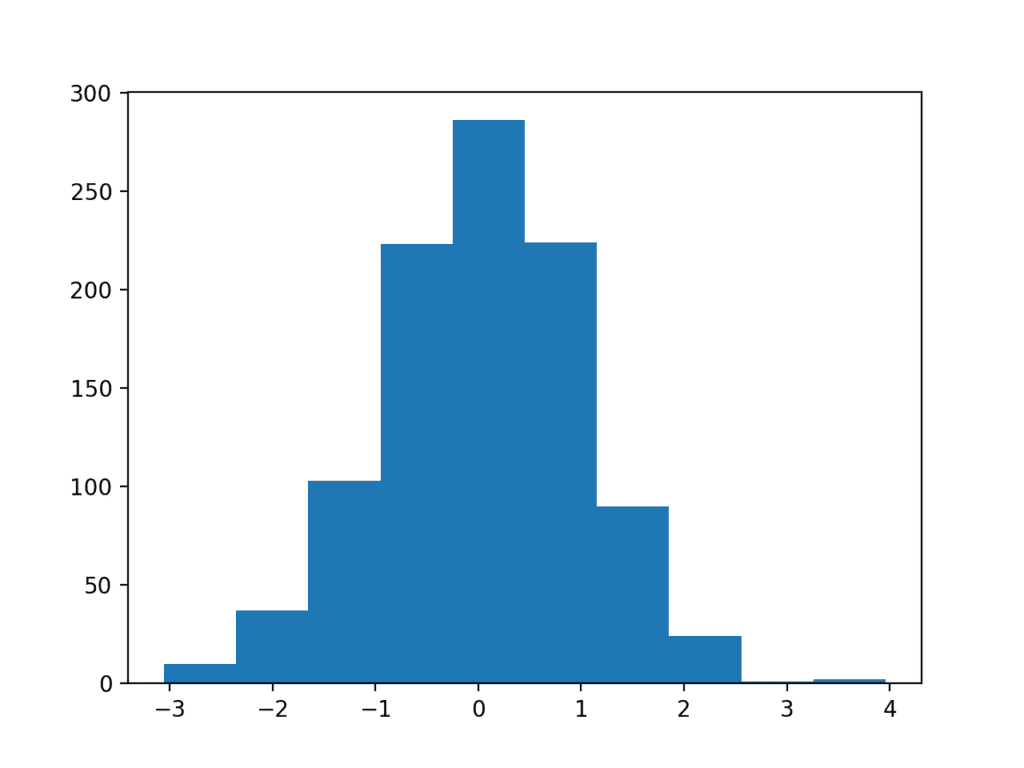 Example of a Histogram Plot

A box and whisker plot, or boxplot for short, is generally used to summarize the distribution of a data sample.

The x-axis is used to represent the data sample, where multiple boxplots can be drawn side by side on the x-axis if desired.

Lines called whiskers are drawn extending from both ends of the box calculated as (1.5 x IQR) to demonstrate the expected range of sensible values in the distribution. Observations outside the whiskers might be outliers and are drawn with small circles.

Boxplots can be drawn by calling the boxplot() function passing in the data sample as an array or list.

Boxplots are useful to summarize the distribution of a data sample as an alternative to the histogram. They can help to quickly get an idea of the range of common and sensible values in the box and in the whisker respectively. Because we are not looking at the shape of the distribution explicitly, this method is often used when the data has an unknown or unusual distribution, such as non-Gaussian.

The example below creates three boxplots in one chart, each summarizing a data sample drawn from a slightly different Gaussian distribution. Each data sample is created as an array and all three data sample arrays are added to a list that is padded to the plotting function.

Running the example creates a chart showing the three box and whisker plots. We can see that the same scale is used on the y-axis for each, making the first plot look squashed and the last plot look spread out.

In this case, we can see the black box for the middle 50% of the data, the orange line for the median, the lines for the whiskers summarizing the range of sensible data, and finally dots for the possible outliers. 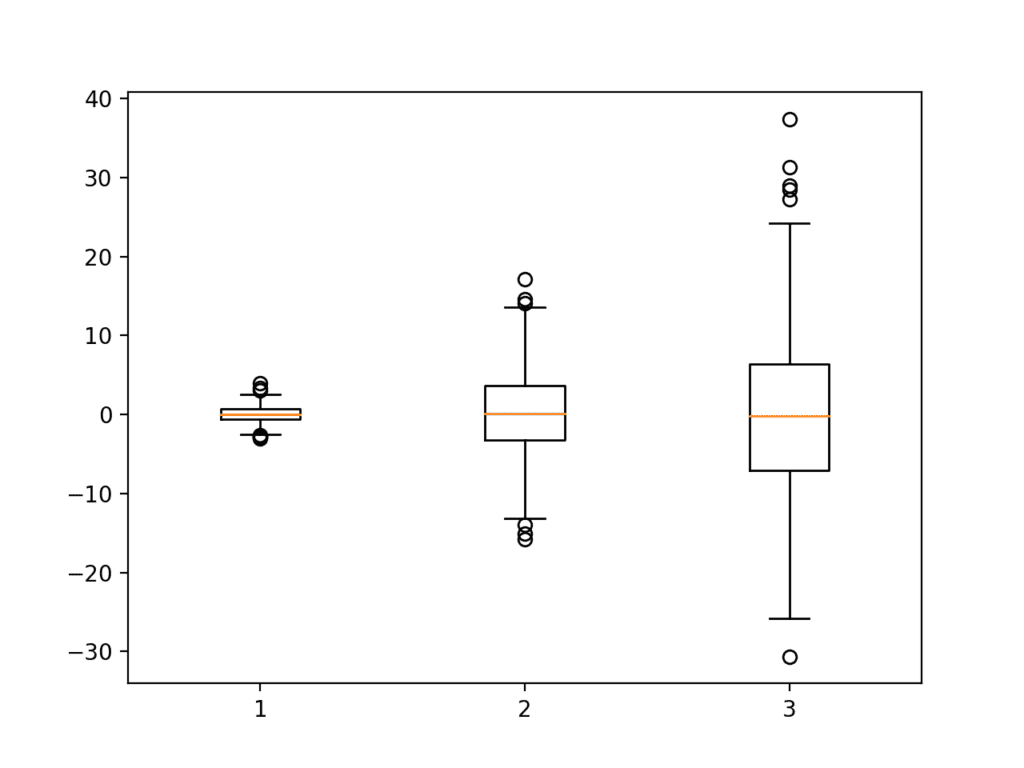 Example of a Box and Whisker Plot

A scatter plot (or ‘scatterplot’) is generally used to summarize the relationship between two paired data samples.

Paired data samples means that two measures were recorded for a given observation, such as the weight and height of a person.

Scatter plots can be created by calling the scatter() function and passing the two data sample arrays.

Scatter plots are useful for showing the association or correlation between two variables. A correlation can be quantified, such as a line of best fit, that too can be drawn as a line plot on the same chart, making the relationship clearer.

The example below creates two data samples that are related. The first is a sample of random numbers drawn from a standard Gaussian. The second is dependent upon the first by adding a second random Gaussian value to the value of the first measure.

Running the example creates the scatter plot, showing the positive relationship between the two variables. 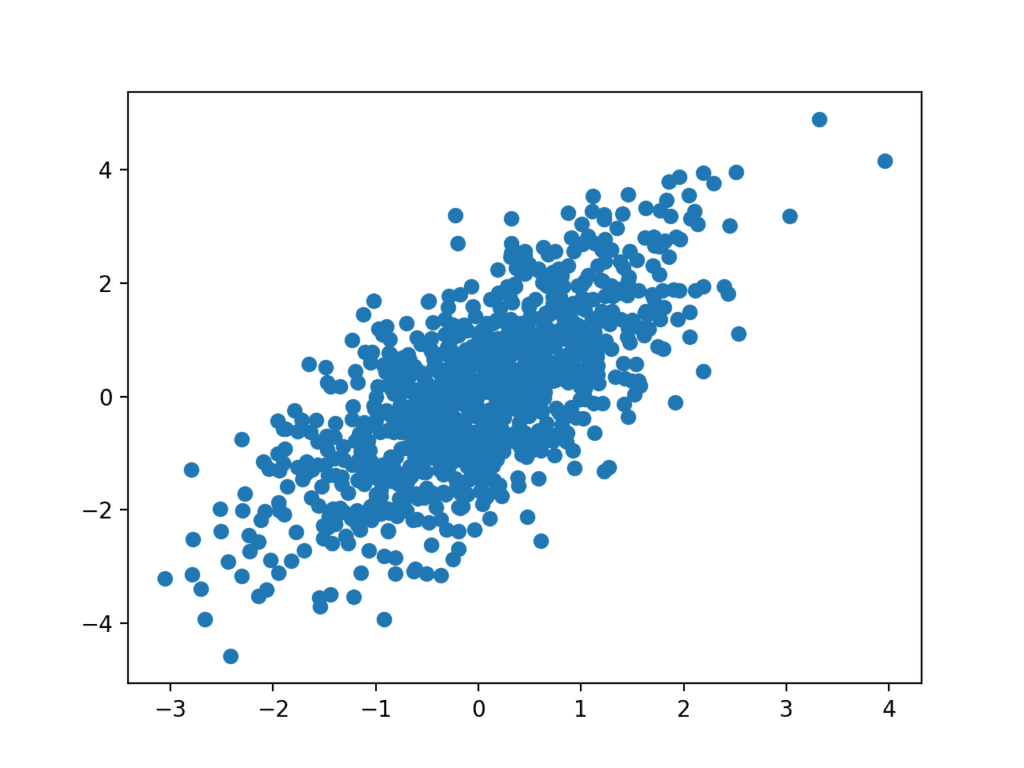 Example of a Scatter Plot

In this tutorial, you discovered a gentle introduction to visualization data in Python.