By Jason Brownlee on February 15, 2019 in Deep Learning Performance

This is achieved by updating the weights of the network in response to the errors the model makes on the training dataset. Updates are made to continually reduce this error until either a good enough model is found or the learning process gets stuck and stops.

The process of training neural networks is the most challenging part of using the technique in general and is by far the most time consuming, both in terms of effort required to configure the process and computational complexity required to execute the process.

In this post, you will discover the challenge of finding model parameters for deep learning neural networks. 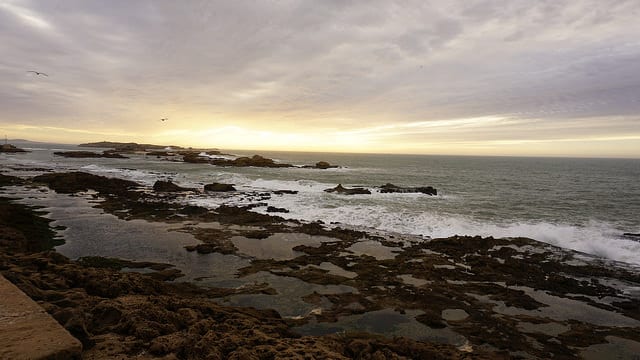 A Gentle Introduction to the Challenge of Training Deep Learning Neural Network Models
Photo by Miguel Discart, some rights reserved.

Developing a model requires historical data from the domain that is used as training data. This data is comprised of observations or examples from the domain with input elements that describe the conditions and an output element that captures what the observation means.

A neural network model uses the examples to learn how to map specific sets of input variables to the output variable. It must do this in such a way that this mapping works well for the training dataset, but also works well on new examples not seen by the model during training. This ability to work well on specific examples and new examples is called the ability of the model to generalize.

A multilayer perceptron is just a mathematical function mapping some set of input values to output values.

A feedforward network defines a mapping and learns the value of the parameters that result in the best function approximation.

As such, we can describe the broader problem that neural networks solve as “function approximation.” They learn to approximate an unknown underlying mapping function given a training dataset. They do this by learning weights and the model parameters, given a specific network structure that we design.

It is best to think of feedforward networks as function approximation machines that are designed to achieve statistical generalization, occasionally drawing some insights from what we know about the brain, rather than as models of brain function.

Finding the parameters for neural networks in general is hard.

For many simpler machine learning algorithms, we can calculate an optimal model given the training dataset.

For example, we can use linear algebra to calculate the specific coefficients of a linear regression model and a training dataset that best minimizes the squared error.

Similarly, we can use optimization algorithms that offer convergence guarantees when finding an optimal set of model parameters for nonlinear algorithms such as logistic regression or support vector machines.

Finding parameters for many machine learning algorithms involves solving a convex optimization problem: that is an error surface that is shaped like a bowl with a single best solution.

This is not the case for deep learning neural networks.

Stochastic gradient descent applied to non-convex loss functions has no […] convergence guarantee, and is sensitive to the values of the initial parameters.

In fact, training a neural network is the most challenging part of using the technique.

It is quite common to invest days to months of time on hundreds of machines in order to solve even a single instance of the neural network training problem.

The use of nonlinear activation functions in the neural network means that the optimization problem that we must solve in order to find model parameters is not convex.

It is not a simple bowl shape with a single best set of weights that we are guaranteed to find. Instead, there is a landscape of peaks and valleys with many good and many misleadingly good sets of parameters that we may discover.

Solving this optimization is challenging, not least because the error surface contains many local optima, flat spots, and cliffs.

An iterative process must be used to navigate the non-convex error surface of the model. A naive algorithm that navigates the error is likely to become misled, lost, and ultimately stuck, resulting in a poorly performing model.

Neural network models can be thought to learn by navigating a non-convex error surface.

This involves repeating the steps of evaluating the model and updating the model parameters in order to step down the error surface. This process is repeated until a set of parameters is found that is good enough or the search process gets stuck.

The algorithm that is most commonly used to navigate the error surface is called stochastic gradient descent, or SGD for short.

Nearly all of deep learning is powered by one very important algorithm: stochastic gradient descent or SGD.

Other global optimization algorithms designed for non-convex optimization problems could be used, such as a genetic algorithm, but stochastic gradient descent is more efficient as it uses the gradient information specifically to update the model weights via an algorithm called backpropagation.

[Backpropagation] describes a method to calculate the derivatives of the network training error with respect to the weights by a clever application of the derivative chain-rule.

Backpropagation refers to a technique from calculus to calculate the derivative (e.g. the slope or the gradient) of the model error for specific model parameters, allowing model weights to be updated to move down the gradient. As such, the algorithm used to train neural networks is also often referred to as simply backpropagation.

Actually, back-propagation refers only to the method for computing the gradient, while another algorithm, such as stochastic gradient descent, is used to perform learning using this gradient.

Stochastic gradient descent can be used to find the parameters for other machine learning algorithms, such as linear regression, and it is used when working with very large datasets, although if there are sufficient resources, then convex-based optimization algorithms are significantly more efficient.

Components of the Learning Algorithm

Training a deep learning neural network model using stochastic gradient descent with backpropagation involves choosing a number of components and hyperparameters. In this section, we’ll take a look at each in turn.

An error function must be chosen, often called the objective function, cost function, or the loss function. Typically, a specific probabilistic framework for inference is chosen called Maximum Likelihood. Under this framework, the commonly chosen loss functions are cross entropy for classification problems and mean squared error for regression problems.

Instead, a small portion of the update to the weights is performed each iteration. A hyperparameter called the “learning rate” controls how much to update model weights and, in turn, controls how fast a model learns on the training dataset.

In this post, you discovered the challenge of finding model parameters for deep learning neural networks. 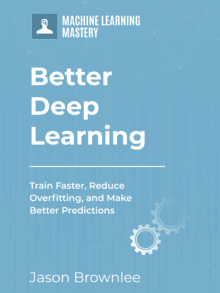 Jason Brownlee, PhD is a machine learning specialist who teaches developers how to get results with modern machine learning methods via hands-on tutorials.
View all posts by Jason Brownlee →
How to Control Neural Network Model Capacity With Nodes and Layers
How to Get Better Deep Learning Results (7-Day Mini-Course)