By Jason Brownlee on May 3, 2021 in Ensemble Learning

It is common to describe ensemble learning techniques in terms of weak and strong learners.

For example, we may desire to construct a strong learner from the predictions of many weak learners. In fact, this is the explicit goal of the boosting class of ensemble learning algorithms.

Although we may describe models as weak or strong generally, the terms have a specific formal definition and are used as the basis for an important finding from the field of computational learning theory.

In this tutorial, you will discover weak and strong learners and their relationship with ensemble learning. 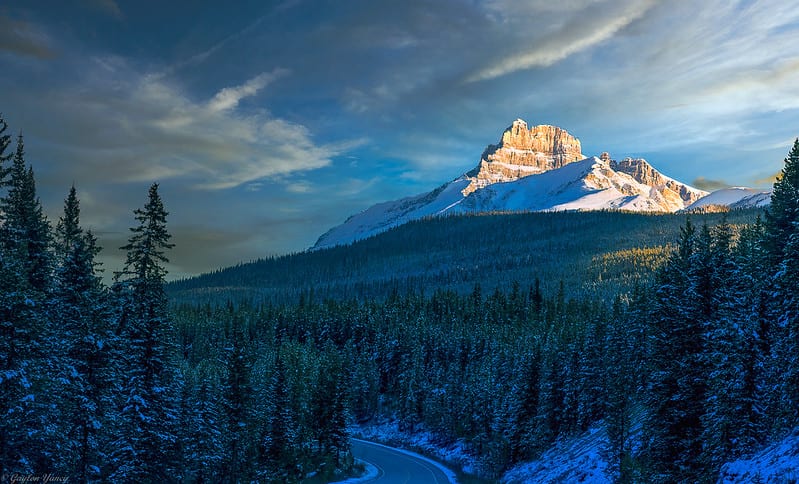 A weak classifier is a model for binary classification that performs slightly better than random guessing.

A weak learner produces a classifier which is only slightly more accurate than random classification.

A weak classifier is sometimes called a “weak learner” or “base learner” and the concept can be generalized beyond binary classification.

Although the concept of a weak learner is well understood in the context of binary classification, it can be taken colloquially to mean any model that performs slightly better than a naive prediction method. In this sense, it is a useful tool for thinking about the capability of classifiers and the composition of ensembles.

More formally, the notion has been generalized to multi-class classification and has a different meaning beyond better than 50 percent accuracy.

It is based on formal computational learning theory that proposes a class of learning methods that possess weakly learnability, meaning that they perform better than random guessing. Weak learnability is proposed as a simplification of the more desirable strong learnability, where a learnable achieved arbitrary good classification accuracy.

A weaker model of learnability, called weak learnability, drops the requirement that the learner be able to achieve arbitrarily high accuracy; a weak learning algorithm needs only output an hypothesis that performs slightly better (by an inverse polynomial) than random guessing.

It is a useful concept as it is often used to describe the capabilities of contributing members of ensemble learning algorithms. For example, sometimes members of a bootstrap aggregation are referred to as weak learners as opposed to strong, at least in the colloquial meaning of the term.

More specifically, weak learners are the basis for the boosting class of ensemble learning algorithms.

The most commonly used type of weak learning model is the decision tree. This is because the weakness of the tree can be controlled by the depth of the tree during construction.

The weakest decision tree consists of a single node that makes a decision on one input variable and outputs a binary prediction, for a binary classification task. This is generally referred to as a “decision stump.”

Here the weak classifier is just a “stump”: a two terminal-node classification tree.

Nevertheless, other models can also be configured to be weak learners.

Because boosting requires a weak learner, almost any technique with tuning parameters can be made into a weak learner. Trees, as it turns out, make an excellent base learner for boosting …

Although not formally known as weak learners, we can consider the following as candidate weak learning models:

Now that we are familiar with a weak learner, let’s take a closer look at strong learners.

A strong classifier is a model for binary classification that performs with arbitrary performance, much better than random guessing.

A class of concepts is learnable (or strongly learnable) if there exists a polynomial-time algorithm that achieves low error with high confidence for all concepts in the class.

This is sometimes interpreted to mean perfect skill on a training or holdout dataset, although more likely refers to a “good” or “usefully skillful” model.

Again, although the concept of a strong classifier is well understood for binary classification, it can be generalized to other problem types and we can interpret the concept less formally as a well-performing model, perhaps near-optimal.

We are attempting to develop a strong model when we fit a machine learning model directly on a dataset. For example, we might consider the following algorithms as techniques for fitting a strong model in the colloquial sense, where the hyperparameters of each method are tuned for the target problem:

And many more methods listed in the previous section or with which you may be familiar.

Strong learning is what we seek, and we can contrast their capability with weak learners, although we can also construct strong learners from weak learners.

Weak vs. Strong Learners and Boosting

We have established that weak learners perform slightly better than random, and that strong learners are good or even near-optimal and it is the latter that we seek for a predictive modeling project.

In computational learning theory, specifically PAC learning, the formal classes of weak and strong learnability were defined with the open question as to whether the two were equivalent or not.

The proof presented here is constructive; an explicit method is described for directly converting a weak learning algorithm into one that achieves arbitrary accuracy. The construction uses filtering to modify the distribution of examples in such a way as to force the weak learning algorithm to focus on the harder-to-learn parts of the distribution.

Later, it was discovered that they are indeed equivalent. More so that a strong learner can be constructed from many weak learners, formally defined. This provided the basis for the boosting class of ensemble learning methods.

The main result is a proof of the perhaps surprising equivalence of strong and weak learnability.

Although this theoretical finding was made, it still took years before the first viable boosting methods were developed, implementing the procedure.

Most notably Adaptive Boosting, referred to as AdaBoost, was the first successful boosting method, later leading to a large number of methods, culminating today in highly successful techniques such as gradient boosting and implementations such as Extreme Gradient Boosting (XGBoost).

Ensembles of weak learners was mostly studied in the machine learning community. In this thread, researchers often work on weak learners and try to design powerful algorithms to boost the performance from weak to strong. This thread of work has led to the birth of famous ensemble methods such as AdaBoost, Bagging, etc., and theoretical understanding on why and how weak learners can be boosted to strong ones.

The procedure that was found to achieve this is to sequentially develop weak learners and add them to the ensemble, where each weak learner is trained in a way to pay more attention to parts of the problem domain that prior models got wrong. Although all boosting techniques follow this general procedure with specific differences and optimizations, the notion of weak and strong learners is a useful concept more generally for machine learning and ensemble learning.

For example, we have already seen how we can describe the goal of a predictive model is to develop a strong model. It is common practice to evaluate the performance of a model against a baseline or naive model, such as random predictions for binary classification. A weak learner is very much like the naive model, although slightly skillful and using a minimum of information from the problem domain, as opposed to completely naive.

Consider that although we do not technically construct weak learners in bootstrap aggregation (bagging), meaning the members are not decision stumps, we do aim to create weaker decision trees to comprise the ensemble. This is often achieved by fitting the trees on sampled subsets of the data and not pruning the trees, allowing them to overfit the training data slightly.

Both changes are made to seek less correlated trees but have the effect of training weaker, but perhaps not weak, models to comprise the ensemble.

Consider stacked generalization (stacking) that trains a model to best combine the predictions from multiple different models fit on the same training dataset. Each contributing level-0 model is in effect a strong learner, and the meta level-1 model seeks to make a stronger model by combining the predictions from the strong models.

Mixture of experts (MoE) operates in a similar way, training multiple strong models (the experts) that are combined into hopefully stronger models via a meta-model, the gating network, and combing method.

This highlights that although weak and strong learnability and learners are an important theoretical finding and basis for boosting, that the more generalized ideas of these classifiers are useful tools for designing and selecting ensemble methods.

In this tutorial, you discovered weak and strong learners and their relationship with ensemble learning. 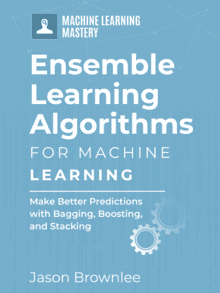 Jason Brownlee, PhD is a machine learning specialist who teaches developers how to get results with modern machine learning methods via hands-on tutorials.
View all posts by Jason Brownlee →
A Gentle Introduction to Mixture of Experts Ensembles
How to Develop a Weighted Average Ensemble With Python

One Response to Strong Learners vs. Weak Learners in Ensemble Learning