By Jason Brownlee on October 19, 2020 in Deep Learning

In this tutorial, you will discover the softmax activation function used in neural network models. 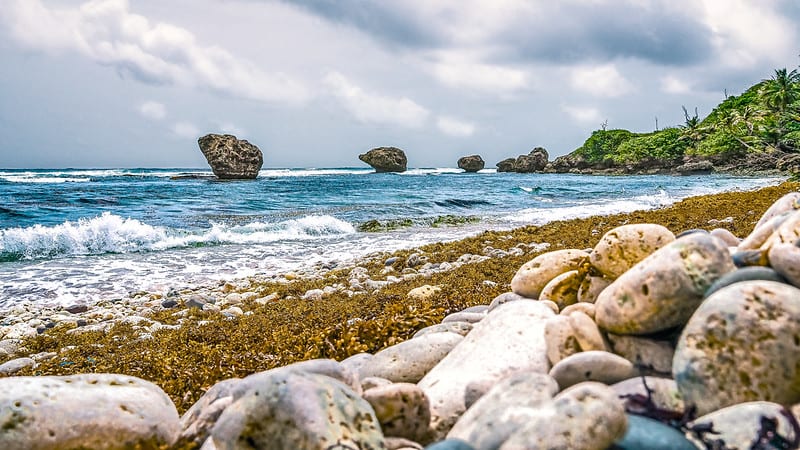 A neural network model requires an activation function in the output layer of the model to make the prediction.

There are different activation functions to choose from; let’s look at a few.

One approach to predicting class membership probabilities is to use a linear activation.

Recall that a probability or a likelihood is a numeric value between 0 and 1.

Another approach to predicting class membership probabilities is to use a sigmoid activation function.

This allows very large values given as the weighted sum of the input to be output as 1.0 and very small or negative values to be mapped to 0.0.

The sigmoid activation is an ideal activation function for a binary classification problem where the output is interpreted as a Binomial probability distribution.

The sigmoid activation function is not appropriate for multi-class classification problems with mutually exclusive classes where a multinomial probability distribution is required.

Instead, an alternate activation is required called the softmax function.

We can implement this using the max() Python function; for example:

Running the example returns the largest value “3” from the list of numbers.

The argmax, or “arg max,” mathematical function returns the index in the list that contains the largest value.

Think of it as the meta version of max: one level of indirection above max, pointing to the position in the list that has the max value rather than the value itself.

We can implement this using the argmax() NumPy function; for example:

Running the example returns the list index value “1” that points to the array index [1] that contains the largest value in the list “3”.

The softmax, or “soft max,” mathematical function can be thought to be a probabilistic or “softer” version of the argmax function.

The term softmax is used because this activation function represents a smooth version of the winner-takes-all activation model in which the unit with the largest input has output +1 while all other units have output 0.

From a probabilistic perspective, if the argmax() function returns 1 in the previous section, it returns 0 for the other two array indexes, giving full weight to index 1 and no weight to index 0 and index 2 for the largest value in the list [1, 3, 2].

What if we were less sure and wanted to express the argmax probabilistically, with likelihoods?

This can be achieved by scaling the values in the list and converting them into probabilities such that all values in the returned list sum to 1.0.

This can be achieved by calculating the exponent of each value in the list and dividing it by the sum of the exponent values.

We can demonstrate this for each value in the list [1, 3, 2] in Python as follows:

Running the example converts each value in the list into a probability and reports the values, then confirms that all probabilities sum to the value 1.0.

This is the softmax function.

We can implement it as a function that takes a list of numbers and returns the softmax or multinomial probability distribution for the list.

The example below implements the function and demonstrates it on our small list of numbers.

Running the example reports roughly the same numbers with minor differences in precision.

Finally, we can use the built-in softmax() NumPy function to calculate the softmax for an array or list of numbers, as follows:

Running the example, again, we get very similar results with very minor differences in precision.

Now that we are familiar with the softmax function, let’s look at how it is used in a neural network model.

The softmax function is used as the activation function in the output layer of neural network models that predict a multinomial probability distribution.

That is, softmax is used as the activation function for multi-class classification problems where class membership is required on more than two class labels.

The function can be used as an activation function for a hidden layer in a neural network, although this is less common. It may be used when the model internally needs to choose or weight multiple different inputs at a bottleneck or concatenation layer.

Softmax units naturally represent a probability distribution over a discrete variable with k possible values, so they may be used as a kind of switch.

In the Keras deep learning library with a three-class classification task, use of softmax in the output layer may look as follows:

By definition, the softmax activation will output one value for each node in the output layer. The output values will represent (or can be interpreted as) probabilities and the values sum to 1.0.

When modeling a multi-class classification problem, the data must be prepared. The target variable containing the class labels is first label encoded, meaning that an integer is applied to each class label from 0 to N-1, where N is the number of class labels.

For example, three class labels will be integer encoded as 0, 1, and 2. Then encoded to vectors as follows:

This is called a one-hot encoding.

It represents the expected multinomial probability distribution for each class used to correct the model under supervised learning.

The softmax function will output a probability of class membership for each class label and attempt to best approximate the expected target for a given input.

For example, if the integer encoded class 1 was expected for one example, the target vector would be:

The softmax output might look as follows, which puts the most weight on class 1 and less weight on the other classes.

The error between the expected and predicted multinomial probability distribution is often calculated using cross-entropy, and this error is then used to update the model. This is called the cross-entropy loss function.

For more on cross-entropy for calculating the difference between probability distributions, see the tutorial:

We may want to convert the probabilities back into an integer encoded class label.

In this tutorial, you discovered the softmax activation function used in neural network models.