By Jason Brownlee on September 16, 2019 in Probability

Uncertainty involves making decisions with incomplete information, and this is the way we generally operate in the world.

Probability is a field of mathematics that gives us the language and tools to quantify the uncertainty of events and reason in a principled manner.

In this post, you will discover a gentle introduction to probability. 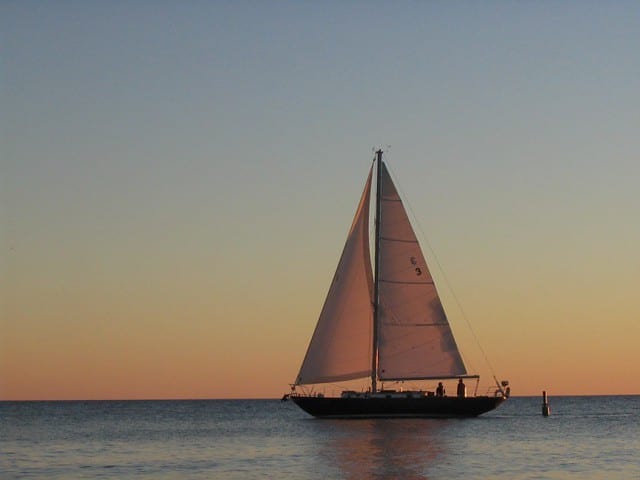 What Is Probability?
Photo by Emma Jane Hogbin Westby, some rights reserved.

Much of mathematics is focused on certainty and logic.

Much of programming is this way too, where we develop software with the assumption that it will execute deterministically. Yet, under the covers, the computer hardware is subject to noise and errors that are being checked and corrected all of the time.

Certainty with perfect and complete information is unusual. It is the place of games and contrived examples.

Almost everything we do or are interested involves information on a continuum between uncertainty or wrongness. The world is messy and imperfect and we must make decisions and operate in the face of this uncertainty.

For example, we often talk about luck, chance, odds, likelihood, and risk. These are words that we use to interpret and negotiate uncertainty in the world.

When making inferences and reasoning in an uncertain world, we need principled, formal methods to express and solve problems.

Probability provides the language and tools to handle uncertainty.

Probability of an Event

Probability is a measure that quantifies the likelihood that an event will occur.

For example, we can quantify the probability of a fire in a neighborhood, a flood in a region, or the purchase of a product.

The assigned probability is a fractional value and is always in the range between 0 and 1, where 0 indicates no probability and 1 represents full probability.

The probability of an event, like a flood, is often denoted as a function (e.g. the probability function) with an uppercase “P.” For example:

It is also sometimes written as a function of lowercase “p” or “Pr.” For example: p(flood) or Pr(flood).

The probability, or likelihood, of an event is also commonly referred to as the odds of the event or the chance of the event. These all generally refer to the same notion, although odds often has its own notation of wins to losses, written as w:l; e.g. 1:3 for a 1 win and 3 losses or 1/4 (25%) probability of a win.

We have described naive probability, although probability theory allows us to be more general.

More generally, probability is an extension of logic that can be used to quantify, manage, and harness uncertainty.

As a field of study, it is often referred to as probability theory to differentiate it from the likelihood of a specific event.

The likelihood of an event (A) being drawn from the sample space (S) is determined by the probability function (P).

There are two main ways of interpreting or thinking about probability.

It is not that one approach is correct and the other is incorrect; instead, they are complementary and both interpretations provide different and useful techniques.

The frequentist approach to probability is objective.

Events are observed and counted, and their frequencies provide the basis for directly calculating a probability, hence the name “frequentist.”

Probability theory was originally developed to analyze the frequencies of events.

Methods from frequentist probability include p-values and confidence intervals used in statistical inference and maximum likelihood estimation for parameter estimation.

The Bayesian approach to probability is subjective.

Probabilities are assigned to events based on evidence and personal belief and are centered around Bayes’ theorem, hence the name “Bayesian.” This allows probabilities to be assigned to very infrequent events and events that have not been observed before, unlike frequentist probability.

One big advantage of the Bayesian interpretation is that it can be used to model our uncertainty about events that do not have long term frequencies.

Methods from Bayesian probability include Bayes factors and credible interval for inference and Bayes estimator and Maximum a posteriori estimation for parameter estimation.

In this post, you discovered a gentle introduction to probability.

4 Responses to What Is Probability?