By Jason Brownlee on February 22, 2021 in Deep Learning

Prediction intervals provide a measure of uncertainty for predictions on regression problems.

For example, a 95% prediction interval indicates that 95 out of 100 times, the true value will fall between the lower and upper values of the range. This is different from a simple point prediction that might represent the center of the uncertainty interval.

In this tutorial, you will discover how to calculate a prediction interval for deep learning neural networks. 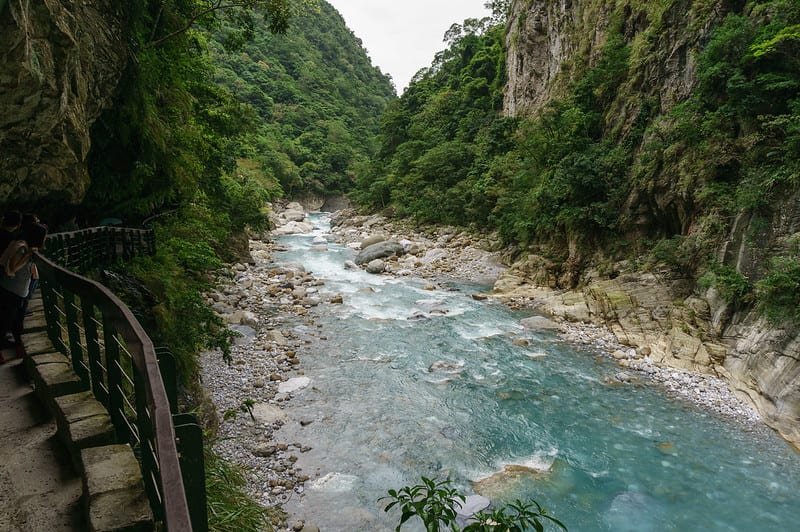 This means they predict a single value but do not give any indication of the uncertainty about the prediction.

A prediction interval is a quantification of the uncertainty on a prediction.

It provides a probabilistic upper and lower bounds on the estimate of an outcome variable.

A prediction interval for a single future observation is an interval that will, with a specified degree of confidence, contain a future randomly selected observation from a distribution.

— Page 27, Statistical Intervals: A Guide for Practitioners and Researchers, 2017.

Prediction intervals are most commonly used when making predictions or forecasts with a regression model, where a quantity is being predicted.

The prediction interval surrounds the prediction made by the model and hopefully covers the range of the true outcome.

For more on prediction intervals in general, see the tutorial:

Now that we are familiar with what a prediction interval is, we can consider how we might calculate an interval for a neural network. Let’s start by defining a regression problem and a neural network model to address it.

In this section, we will define a regression predictive modeling problem and a neural network model to address it.

Next, we can prepare the dataset for modeling.

In this case, we will use approximately 67% of the rows to train the model and the remaining 33% to estimate the performance of the model.

You can learn more about the train-test split in this tutorial:

We will then scale all input columns (variables) to have the range 0-1, called data normalization, which is a good practice when working with neural network models.

You can learn more about normalizing input data with the MinMaxScaler in this tutorial:

The complete example of preparing the data for modeling is listed below.

Running the example loads the dataset as before, then splits the columns into input and output elements, rows into train and test sets, and finally scales all input variables to the range [0,1]

The shape of the train and test sets is printed, showing we have 339 rows to train the model and 167 to evaluate it.

Next, we can define, train and evaluate a Multilayer Perceptron (MLP) model on the dataset.

We will define a simple model with two hidden layers and an output layer that predicts a numeric value. We will use the ReLU activation function and “he” weight initialization, which are a good practice.

The number of nodes in each hidden layer was chosen after a little trial and error.

We will use the efficient Adam version of stochastic gradient descent with close to default learning rate and momentum values and fit the model using the mean squared error (MSE) loss function, a standard for regression predictive modeling problems.

You can learn more about the Adam optimization algorithm in this tutorial:

The model will then be fit for 300 epochs with a batch size of 16 samples. This configuration was chosen after a little trial and error.

You can learn more about batches and epochs in this tutorial:

Finally, the model can be used to make predictions on the test dataset and we can evaluate the predictions by comparing them to the expected values in the test set and calculate the mean absolute error (MAE), a useful measure of model performance.

Running the example loads and prepares the dataset, defines and fits the MLP model on the training dataset, and evaluates its performance on the test set.

In this case, we can see that the model achieves a mean absolute error of approximately 2.3, which is better than a naive model and getting close to an optimal model.

No doubt we could achieve near-optimal performance with further tuning of the model, but this is good enough for our investigation of prediction intervals.

Next, let’s look at how we might calculate a prediction interval using our MLP model on the housing dataset.

In this section, we will develop a prediction interval using the regression problem and model developed in the previous section.

There are many ways to calculate an effective prediction interval for neural network models. I recommend some of the papers listed in the “further reading” section to learn more.

In this tutorial, we will use a very simple approach that has plenty of room for extension. I refer to it as “quick and dirty” because it is fast and easy to calculate, but is limited.

For more on the bootstrap method, see the tutorial:

These extensions are left as exercises; we will stick with the simple Gaussian prediction interval.

Let’s assume that the training dataset, defined in the previous section, is the entire dataset and we are training a final model or models on this entire dataset. We can then make predictions with prediction intervals on the test set and evaluate how effective the interval might be in the future.

We can simplify the code by dividing the elements developed in the previous section into functions.

First, let’s define a function for loading and preparing a regression dataset defined by a URL.

Next, we can define a function that will define and train an MLP model given the training dataset, then return the fit model ready for making predictions.

As such, we will need to fit multiple models on the training dataset. Each model must be different so that it makes different predictions. This can be achieved given the stochastic nature of training MLP models, given the random initial weights, and given the use of the stochastic gradient descent optimization algorithm.

The more models, the better the point predictions will estimate the capability of the model. I would recommend at least 10 models, and perhaps not much benefit beyond 30 models.

The function below fits an ensemble of models and stores them in a list that is returned.

For interest, each fit model is also evaluated on the test set which is reported after each model is fit. We would expect that each model will have a slightly different estimated performance on the hold-out test set and the reported scores will help us confirm this expectation.

Finally, we can use the trained ensemble of models to make point predictions, which can be summarized into a prediction interval.

The function below implements this. First, each model makes a point prediction on the input data, then the 95% prediction interval is calculated and the lower, mean, and upper values of the interval are returned.

The function is designed to take a single row as input, but could easily be adapted for multiple rows.

Finally, we can call these functions.

First, the dataset is loaded and prepared, then the ensemble is defined and fit.

We can then use a single row of data from the test set and make a prediction with a prediction interval, the results of which are then reported.

We also report the expected value which we would expect would be covered by the prediction interval (perhaps close to 95% of the time; this is not entirely accurate, but is a rough approximation).

Tying this together, the complete example of making predictions with a prediction interval with a Multilayer Perceptron neural network is listed below.

Running the example fits each ensemble member in turn and reports its estimated performance on the hold out tests set; finally, a single prediction with prediction interval is made and reported.

In this case, we can see that each model has a slightly different performance, confirming our expectation that the models are indeed different.

This is a quick and dirty technique for making predictions with a prediction interval for neural networks, as we discussed above.

There are easy extensions such as using the bootstrap method applied to point predictions that may be more reliable, and more advanced techniques described in some of the papers listed below that I recommend that you explore.

In this tutorial, you discovered how to calculate a prediction interval for deep learning neural networks.

Jason Brownlee, PhD is a machine learning specialist who teaches developers how to get results with modern machine learning methods via hands-on tutorials.
View all posts by Jason Brownlee →
Simulated Annealing From Scratch in Python
Sensitivity Analysis of Dataset Size vs. Model Performance