Supervised learning in machine learning can be described in terms of function approximation.

Given a dataset comprised of inputs and outputs, we assume that there is an unknown underlying function that is consistent in mapping inputs to outputs in the target domain and resulted in the dataset. We then use supervised learning algorithms to approximate this function.

Neural networks are an example of a supervised machine learning algorithm that is perhaps best understood in the context of function approximation. This can be demonstrated with examples of neural networks approximating simple one-dimensional functions that aid in developing the intuition for what is being learned by the model.

In this tutorial, you will discover the intuition behind neural networks as function approximation algorithms. 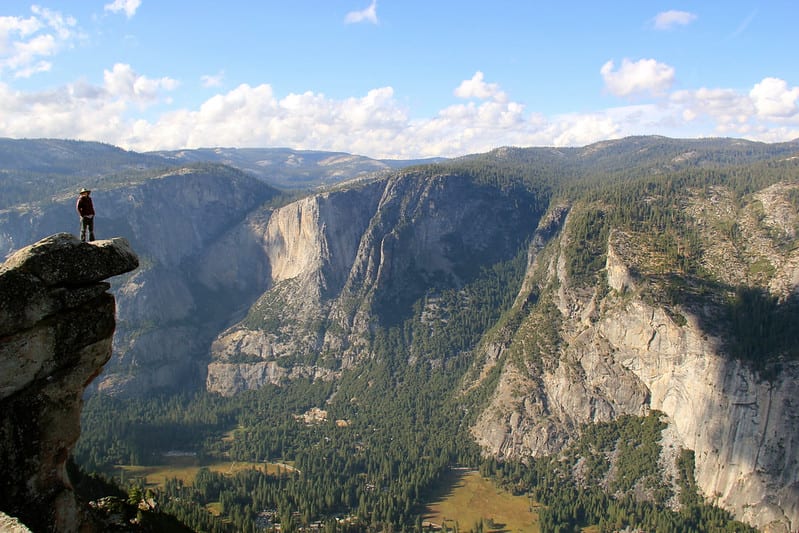 What Is Function Approximation

Function approximation is a technique for estimating an unknown underlying function using historical or available observations from the domain.

We can think of this mapping as being governed by a mathematical function, called the mapping function, and it is this function that a supervised learning algorithm seeks to best approximate.

Neural networks are an example of a supervised learning algorithm and seek to approximate the function represented by your data. This is achieved by calculating the error between the predicted outputs and the expected outputs and minimizing this error during the training process.

It is best to think of feedforward networks as function approximation machines that are designed to achieve statistical generalization, occasionally drawing some insights from what we know about the brain, rather than as models of brain function.

We say “approximate” because although we suspect such a mapping function exists, we don’t know anything about it.

All we have are observations from the domain that contain examples of inputs and outputs. This implies things about the size and quality of the data; for example:

So why do we like using neural networks for function approximation?

The reason is that they are a universal approximator. In theory, they can be used to approximate any function.

… the universal approximation theorem states that a feedforward network with a linear output layer and at least one hidden layer with any “squashing” activation function (such as the logistic sigmoid activation function) can approximate any […] function from one finite-dimensional space to another with any desired non-zero amount of error, provided that the network is given enough hidden units

Both of these predictive modeling problems can be seen as examples of function approximation.

To make this concrete, we can review a worked example.

In the next section, let’s define a simple function that we can later approximate.

Definition of a Simple Function

We can define a domain of numbers as our input, such as floating-point values from -50 to 50.

We can then select a mathematical operation to apply to the inputs to get the output values. The selected mathematical operation will be the mapping function, and because we are choosing it, we will know what it is. In practice, this is not the case and is the reason why we would use a supervised learning algorithm like a neural network to learn or discover the mapping function.

In this case, we will use the square of the input as the mapping function, defined as:

We can develop an intuition for this mapping function by enumerating the values in the range of our input variable and calculating the output value for each input and plotting the result.

The example below implements this in Python.

Running the example first creates a list of integer values across the entire input domain. 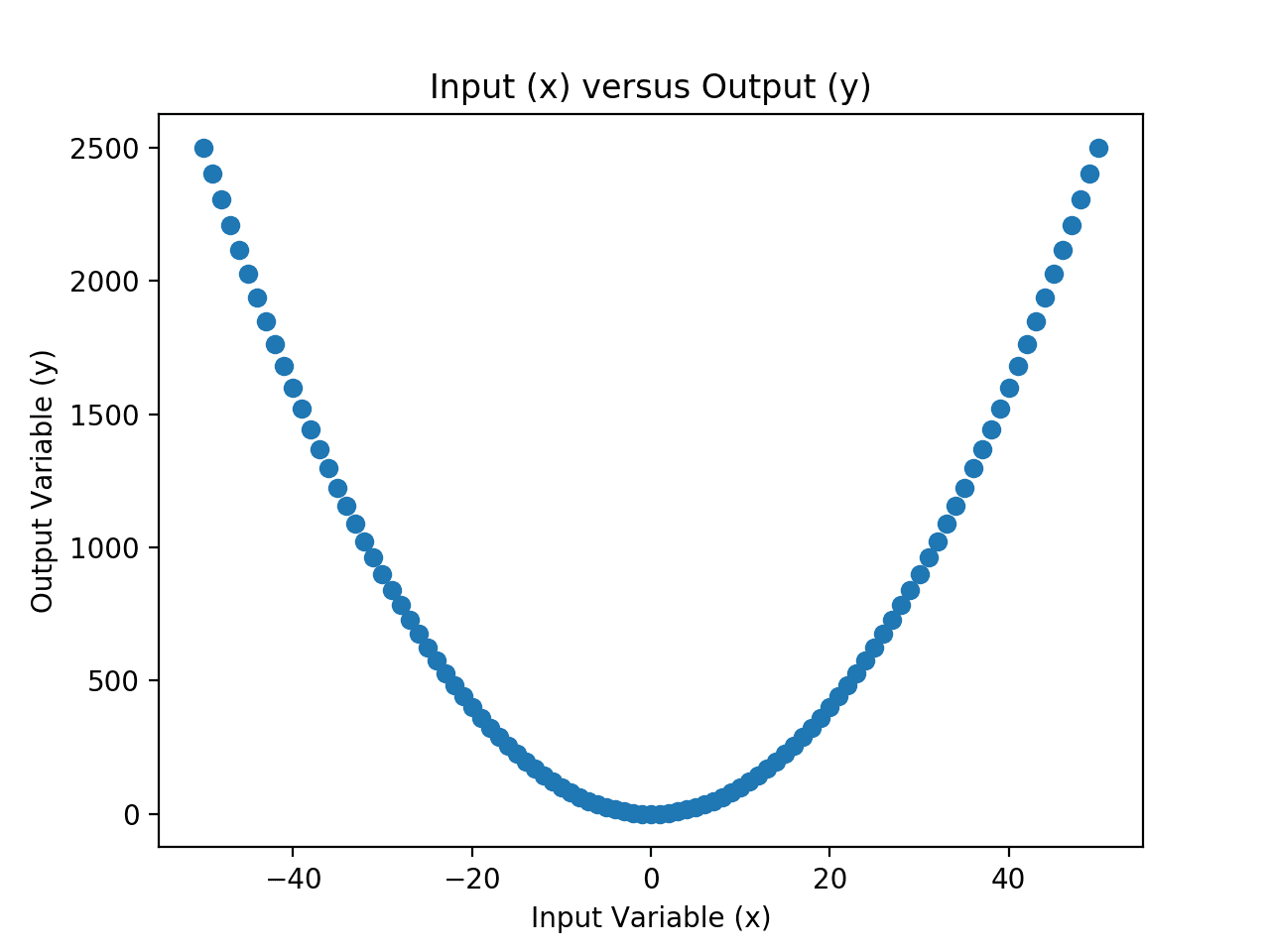 The input and output variables represent our dataset.

We can fit a neural network model on examples of inputs and outputs and see if the model can learn the mapping function.

This is a very simple mapping function, so we would expect a small neural network could learn it quickly.

We will define the network using the Keras deep learning library and use some data preparation tools from the scikit-learn library.

Next, we can reshape the data so that the input and output variables are columns with one observation per row, as is expected when using supervised learning models.

Next, we will need to scale the inputs and the outputs.

We can use the MinMaxScaler to separately normalize the input values and the output values to values in the range between 0 and 1.

We can now define a neural network model.

With some trial and error, I chose a model with two hidden layers and 10 nodes in each layer. Perhaps experiment with other configurations to see if you can do better.

We will fit the model using a mean squared loss and use the efficient adam version of stochastic gradient descent to optimize the model.

This means the model will seek to minimize the mean squared error between the predictions made and the expected output values (y) while it tries to approximate the mapping function.

Again, these values were found after a little trial and error; try different values and see if you can do better.

Once fit, we can evaluate the model.

We will make a prediction for each example in the dataset and calculate the error. A perfect approximation would be 0.0. This is not possible in general because of noise in the observations, incomplete data, and complexity of the unknown underlying mapping function.

In this case, it is possible because we have all observations, there is no noise in the data, and the underlying function is not complex.

First, we can make the prediction.

We then must invert the scaling that we performed.

This is so the error is reported in the original units of the target variable.

We can then calculate and report the prediction error in the original units of the target variable.

This is helpful for developing the intuition behind what neural networks are learning.

Running the example first reports the range of values for the input and output variables, then the range of the same variables after scaling. This confirms that the scaling operation was performed as we expected.

The model is then fit and evaluated on the dataset.

What results did you get? Can you do better?
Let me know in the comments below.

This suggests that there is plenty of room for improvement, such as using a different activation function or different network architecture to better approximate the mapping function. 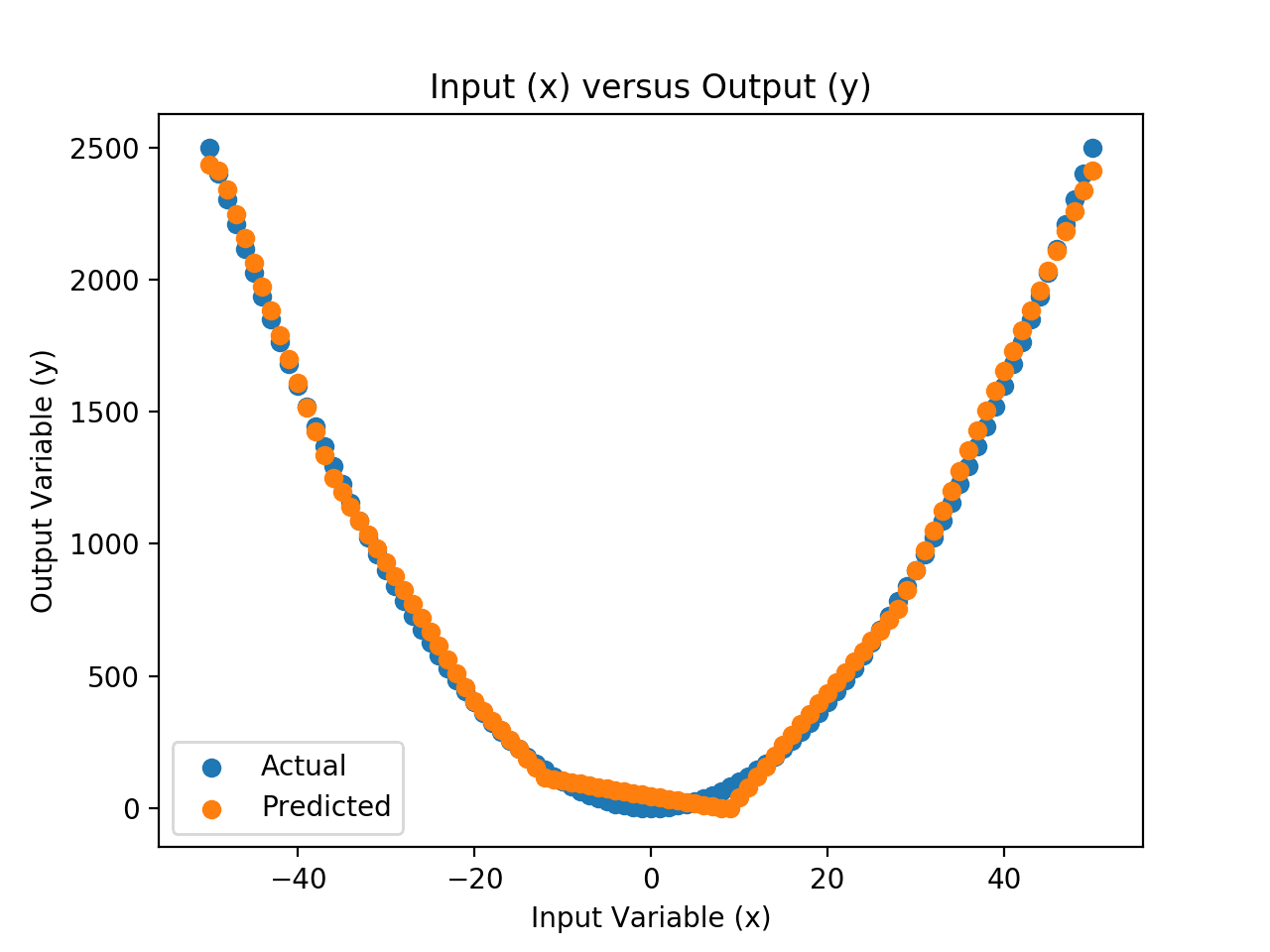 Scatter Plot of Input vs. Actual and Predicted Values for the Neural Net Approximation

In this tutorial, you discovered the intuition behind neural networks as function approximation algorithms.

Jason Brownlee, PhD is a machine learning specialist who teaches developers how to get results with modern machine learning methods via hands-on tutorials.
View all posts by Jason Brownlee →
Imbalanced Multiclass Classification with the E.coli Dataset
How to Perform Data Cleaning for Machine Learning with Python