By Muhammad Asad Iqbal Khan on November 27, 2022 in Deep Learning with PyTorch

The gradient descent algorithm is one of the most popular techniques for training deep neural networks. It has many applications in fields such as computer vision, speech recognition, and natural language processing. While the idea of gradient descent has been around for decades, it’s only recently that it’s been applied to applications related to deep learning.

Gradient descent is an iterative optimization method used to find the minimum of an objective function by updating values iteratively on each step. With each iteration, it takes small steps towards the desired direction until convergence, or a stop criterion is met.

In this tutorial, you will train a simple linear regression model with two trainable parameters and explore how gradient descent works and how to implement it in PyTorch. Particularly, you’ll learn about:

So, let’s get started. 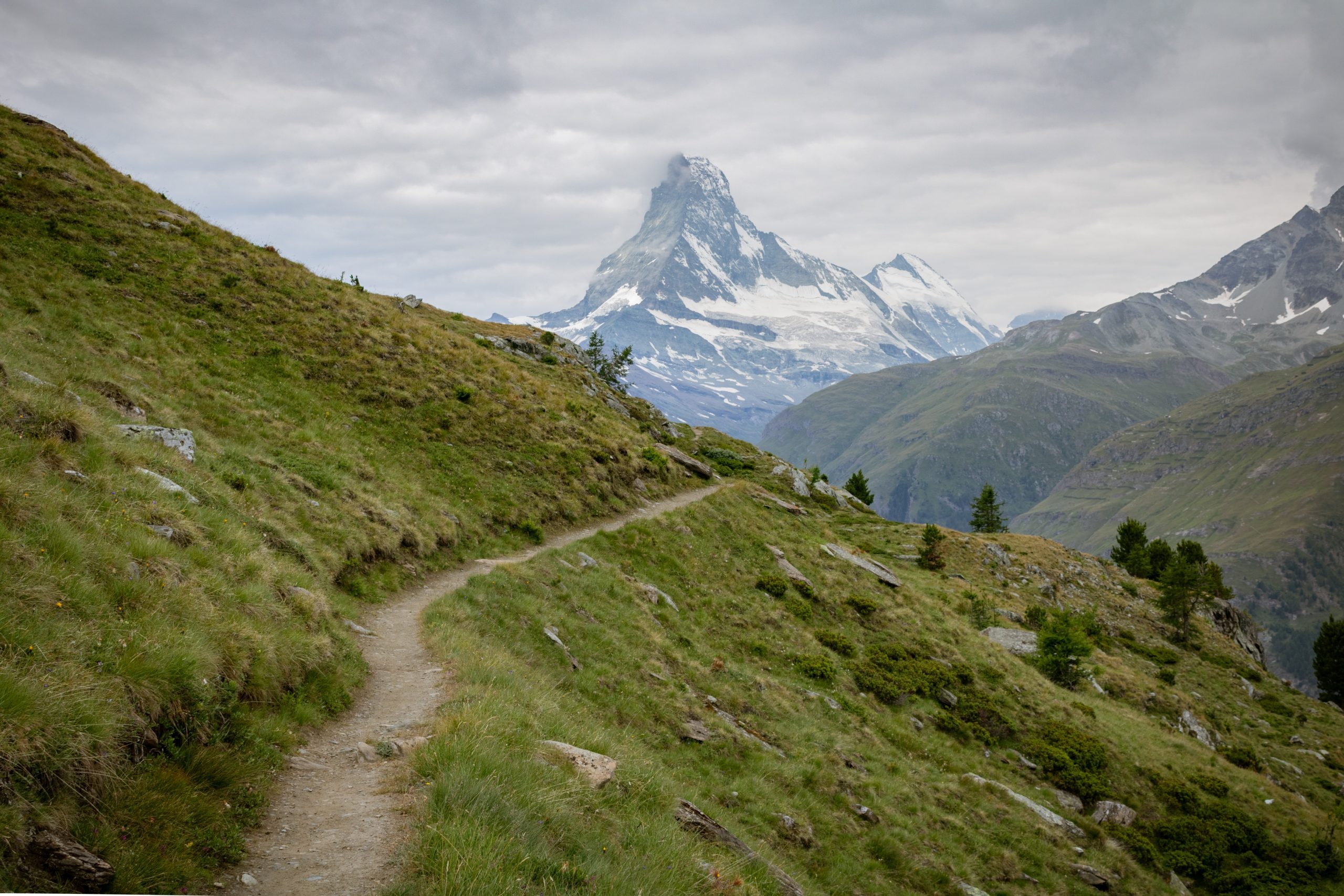 This tutorial is in four parts; they are

To keep the model simple for illustration, we will use the linear regression problem as in the last tutorial. The data is synthetic and generated as follows:

Same as in the previous tutorial, we initialized a variable X with values ranging from $-5$ to $5$, and created a linear function with a slope of $-5$. Then, Gaussian noise is added to create the variable Y.

We can plot the data using matplotlib to visualize the pattern: 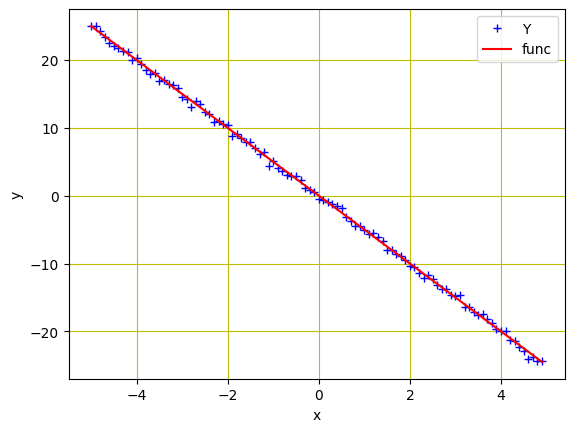 Now that we have created the data for our model, next we’ll build a forward function based on a simple linear regression equation. We’ll train the model for two parameters ($w$ and $b$). We will also need a loss criterion function. Because it is a regression problem on continuous values, MSE loss is appropriate.

While Batch Gradient Descent is the best choice for smooth error manifolds, it’s relatively slow and computationally complex, especially if you have a larger dataset for training.

Let’s randomly initialize the trainable parameters $w$ and $b$, and define some training parameters such as learning rate or step size, an empty list to store the loss, and number of epochs for training.

We’ll train our model for 20 epochs using below lines of code. Here, the forward() function generates the prediction while the criterion() function measures the loss to store it in loss variable. The backward() method performs the gradient computations and the updated parameters are stored in w.data and b.data.

Here is the how the output looks like and the parameters are updated after every epoch when we apply batch gradient descent.

Putting all together, the following is the complete code

The for-loop above prints one line per epoch, such as the following:

As we learned that batch gradient descent is not a suitable choice when it comes to a huge training data. However, deep learning algorithms are data hungry and often require large quantity of data for training. For instance, a dataset with millions of training examples would require the model to compute the gradient for all data in a single step, if we are using batch gradient descent.

This prints a long list of values as follows 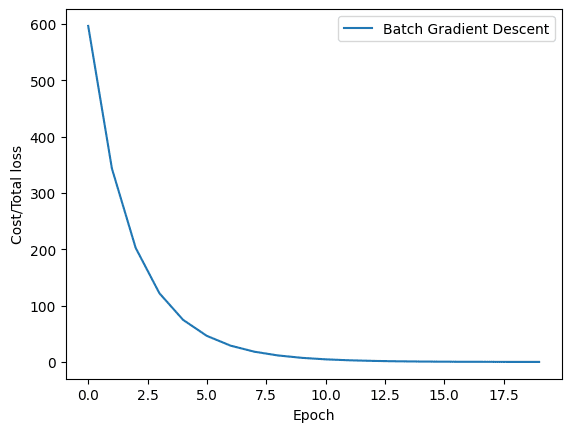 Similarly, here is how the graph for stochastic gradient descent looks like. 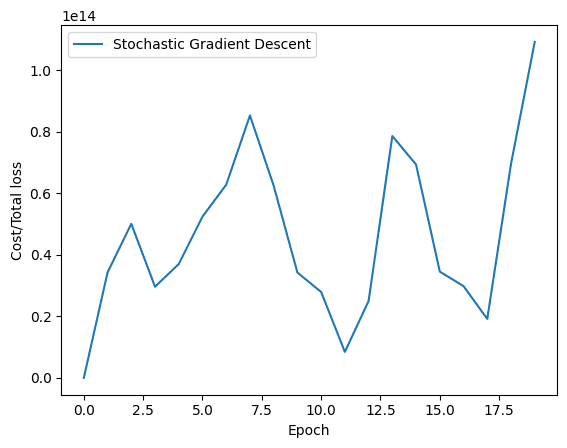 Putting everything together, below is the complete code:

Asad is a writer and practitioner, passionate about AI and Machine learning. He regularly writes about the latest developments in AI and has developed novel AI algorithms to help build smart applications for various organizations.
View all posts by Muhammad Asad Iqbal Khan →
Training a Linear Regression Model in PyTorch
Mini-Batch Gradient Descent and DataLoader in PyTorch