By Jason Brownlee on August 8, 2018 in Deep Learning for Time Series

When you are presented with a new time series forecasting problem, there are many things to consider.

The choice that you make directly impacts each step of the project from the design of a test harness to evaluate forecast models to the fundamental difficulty of the forecast problem that you are working on.

It is possible to very quickly narrow down the options by working through a series of questions about your time series forecasting problem. By considering a few themes and questions within each theme, you narrow down the type of problem, test harness, and even choice of algorithms for your project.

In this post, you will discover a framework that you can use to quickly understand and frame your time series forecasting problem. 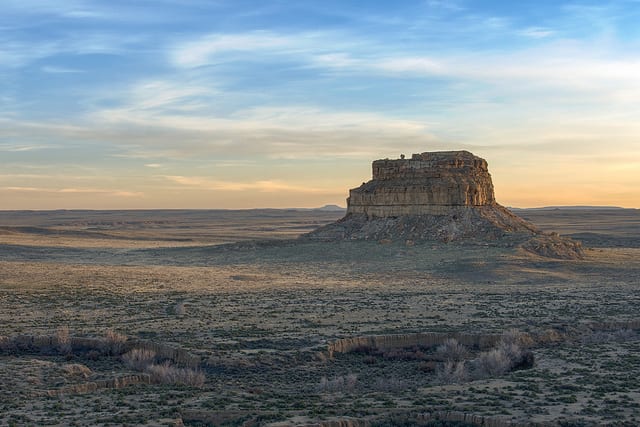 Time series forecasting involves developing and using a predictive model on data where there is an ordered relationship between observations.

You can learn more about what time series forecasting is in this post:

Before you get started on your project, you can answer a few questions and greatly improve your understanding of the structure of your forecast problem, the structure of the model requires, and how to evaluate it.

The framework presented in this post is divided into seven parts; they are:

I recommend working through this framework before starting any time series forecasting project.

Your answers may not be crisp on the first time through and the questions may require to you study the data, the domain, and talk to experts and stakeholders.

Update your answers as you learn more as it will help to keep you on track, avoid distractions, and develop the actual model that you need for your project.

Generally, a prediction problem involves using past observations to predict or forecast one or more possible future observations.

The goal is to guess about what might happen in the future.

When you are required to make a forecast, it is critical to think about the data that you will have available to make the forecast and what you will be guessing about the future.

We can summarize this as what are the inputs and outputs of the model when making a single forecast.

Defining the inputs and outputs of the model forces you to think about what exactly is or may be required to make a forecast.

What are the inputs and outputs for a forecast?

The input data can be further subdivided in order to better understand its relationship to the output variable.

An input variable is endogenous if it is affected by other variables in the system and the output variable depends on it.

An input variable is an exogenous variable if it is independent of other variables in the system and the output variable depends upon it.

Typically, a time series forecasting problem has endogenous variables (e.g. the output is a function of some number of prior time steps) and may or may not have exogenous variables.

Often, exogenous variables are ignored given the strong focus on the time series. Explicitly thinking about both variable types may help to identify easily overlooked exogenous data or even engineered features that may improve the model.

What are the endogenous and exogenous variables?

Regression predictive modeling problems are those where a quantity is predicted.

A quantity is a numerical value; for example a price, a count, a volume, and so on. A time series forecasting problem in which you want to predict one or more future numerical values is a regression type predictive modeling problem.

Classification predictive modeling problems are those where a category is predicted.

A time series forecasting problem in which you want to classify input time series data is a classification type predictive modeling problem.

Are you working on a regression or classification predictive modeling problem?

There is some flexibility between these types.

What are some alternate ways to frame your time series forecasting problem?

It is useful to plot each variable in a time series and inspect the plot looking for possible patterns.

A time series for a single variable may not have any obvious pattern.

We can think of a series with no pattern as unstructured, as in there is no discernible time-dependent structure.

Alternately, a time series may have obvious patterns, such as a trend or seasonal cycles as structured.

We can often simplify the modeling process by identifying and removing the obvious structures from the data, such as an increasing trend or repeating cycle. Some classical methods even allow you to specify parameters to handle these systematic structures directly.

Are the time series variables unstructured or structured?

A single variable measured over time is referred to as a univariate time series. Univariate means one variate or one variable.

Are you working on a univariate or multivariate time series problem?

A forecast problem that requires a prediction of the next time step is called a one-step forecast model.

Whereas a forecast problem that requires a prediction of more than one time step is called a multi-step forecast model.

The more time steps to be projected into the future, the more challenging the problem given the compounding nature of the uncertainty on each forecasted time step.

Do you require a single-step or a multi-step forecast?

It is possible to develop a model once and use it repeatedly to make predictions.

Given that the model is not updated or changed between forecasts, we can think of this model as being static.

Conversely, we may receive new observations prior to making a subsequent forecast that could be used to create a new model or update the existing model. We can think of developing a new or updated model prior to each forecasts as a dynamic problem.

We may prefer a dynamic model, but the constraints of the domain or limitations of a chosen algorithm may impose constraints that make this intractable.

Do you require a static or a dynamically updated model?

A time series where the observations are uniform over time may be described as contiguous.

Many time series problems have contiguous observations, such as one observation each hour, day, month or year.

A time series where the observations are not uniform over time may be described as discontiguous.

The lack of uniformity of the observations may be caused by missing or corrupt values. It may also be a feature of the problem where observations are only made available sporadically or at increasingly or decreasingly spaced time intervals.

In the case of non-uniform observations, specific data formatting may be required when fitting some models to make the observations uniform over time.

Are your observations contiguous or discontiguous?

This section lists some resources for further reading.

To review, the themes and questions you can ask about your problem are as follows:

Did you find this framework useful for your time series forecasting problem?
Let me know in the comments below.