By Jason Brownlee on November 23, 2013 in Start Machine Learning

In this post we will first look at some well known and understood examples of machine learning problems in the real world. We will then look at a taxonomy (naming system) for standard machine learning problems and learn how to identify a problem as one of these standard cases. This is valuable, because knowing the type of problem we are facing allows us to think about the data we need and the types of algorithms to try.

Machine Learning problems are abound. They make up core or difficult parts of the software you use on the web or on your desktop everyday. Think of the “do you want to follow” suggestions on twitter and the speech understanding in Apple’s Siri. 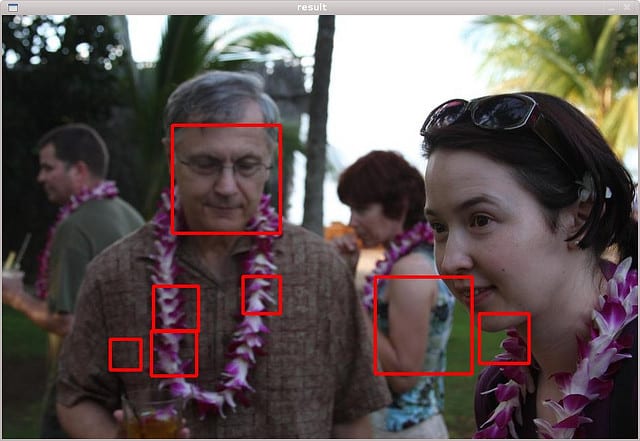 Example of Face Detection in a Photo.
Photo by mr. ‘sto Licensed under a Attribution-ShareAlike 2.0 Generic Creative Commons License.

These 10 examples give a good sense of what a machine learning problem looks like. There is a corpus of historic examples, there is a decision that needs to be modelled and a business or domain benefit to having that decision modelled and efficaciously made automatically.

Some of these problems are some of the hardest problems in Artificial Intelligence, such as Natural Language Processing and Machine Vision (doing things that humans do easily). Others are still difficult, but are classic examples of machine learning such as spam detection and credit card fraud detection.

Think about some of your interactions with online and offline software in the last week. I’m sure you could easily guess at another ten or twenty examples of machine learning you have directly or indirectly used.

Reading through the list of example machine learning problems above, I’m sure you can start to see similarities. This is a valuable skill, because being good at extracting the essence of a problem will allow you to think effectively about what data you need and what types of algorithms you should try.

When you think a problem is a machine learning problem (a decision problem that needs to be modelled from data), think next of what type of problem you could phrase it as easily or what type of outcome the client or requirement is asking for and work backwards.

There are few resources that provide lists of real-world machine learning problems. They may be out there, but I can’t find them. I still found some cool resources for you though:

Do you know of some more real-world machine learning problems? Leave a comment and share your thoughts.