By Jason Brownlee on December 11, 2020 in Python Machine Learning

The Perceptron is a linear machine learning algorithm for binary classification tasks.

It may be considered one of the first and one of the simplest types of artificial neural networks. It is definitely not “deep” learning but is an important building block.

In this tutorial, you will discover the Perceptron classification machine learning algorithm. 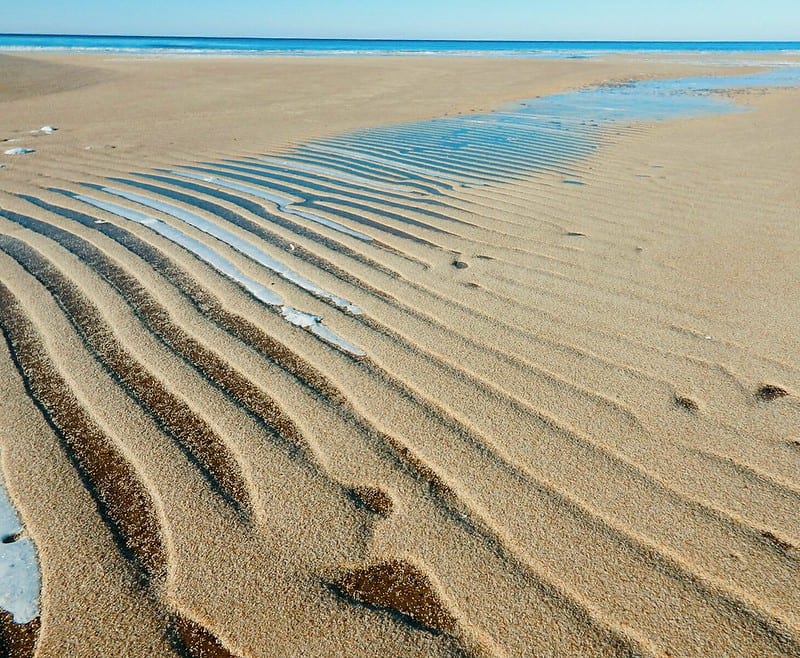 Perceptron Algorithm for Classification in Python
Photo by Belinda Novika, some rights reserved.

This tutorial is divided into 3=three parts; they are:

Given that the inputs are multiplied by model coefficients, like linear regression and logistic regression, it is good practice to normalize or standardize data prior to using the model.

The Perceptron is a linear classification algorithm. This means that it learns a decision boundary that separates two classes using a line (called a hyperplane) in the feature space. As such, it is appropriate for those problems where the classes can be separated well by a line or linear model, referred to as linearly separable.

The coefficients of the model are referred to as input weights and are trained using the stochastic gradient descent optimization algorithm.

Model weights are updated with a small proportion of the error each batch, and the proportion is controlled by a hyperparameter called the learning rate, typically set to a small value. This is to ensure learning does not occur too quickly, resulting in a possibly lower skill model, referred to as premature convergence of the optimization (search) procedure for the model weights.

Training is stopped when the error made by the model falls to a low level or no longer improves, or a maximum number of epochs is performed.

The initial values for the model weights are set to small random values. Additionally, the training dataset is shuffled prior to each training epoch. This is by design to accelerate and improve the model training process. Because of this, the learning algorithm is stochastic and may achieve different results each time it is run. As such, it is good practice to summarize the performance of the algorithm on a dataset using repeated evaluation and reporting the mean classification accuracy.

The learning rate and number of training epochs are hyperparameters of the algorithm that can be set using heuristics or hyperparameter tuning.

For more about the Perceptron algorithm, see the tutorial:

Now that we are familiar with the Perceptron algorithm, let’s explore how we can use the algorithm in Python.

The Perceptron algorithm is available in the scikit-learn Python machine learning library via the Perceptron class.

The class allows you to configure the learning rate (eta0), which defaults to 1.0.

The implementation also allows you to configure the total number of training epochs (max_iter), which defaults to 1,000.

The scikit-learn implementation of the Perceptron algorithm also provides other configuration options that you may want to explore, such as early stopping and the use of a penalty loss.

We can demonstrate the Perceptron classifier with a worked example.

We will use the make_classification() function to create a dataset with 1,000 examples, each with 20 input variables.

The example creates and summarizes the dataset.

Running the example creates the dataset and confirms the number of rows and columns of the dataset.

We can fit and evaluate a Perceptron model using repeated stratified k-fold cross-validation via the RepeatedStratifiedKFold class. We will use 10 folds and three repeats in the test harness.

We will use the default configuration.

The complete example of evaluating the Perceptron model for the synthetic binary classification task is listed below.

Running the example evaluates the Perceptron algorithm on the synthetic dataset and reports the average accuracy across the three repeats of 10-fold cross-validation.

In this case, we can see that the model achieved a mean accuracy of about 84.7 percent.

We may decide to use the Perceptron classifier as our final model and make predictions on new data.

This can be achieved by fitting the model pipeline on all available data and calling the predict() function passing in a new row of data.

Running the example fits the model and makes a class label prediction for a new row of data.

The hyperparameters for the Perceptron algorithm must be configured for your specific dataset.

Perhaps the most important hyperparameter is the learning rate.

You can learn more about exploring learning rates in the tutorial:

It is common to test learning rates on a log scale between a small value such as 1e-4 (or smaller) and 1.0. We will test the following values in this case:

Another important hyperparameter is how many epochs are used to train the model.

This may depend on the training dataset and could vary greatly. Again, we will explore configuration values on a log scale between 1 and 1e+4.

We will use our well-performing learning rate of 0.0001 found in the previous search.

The complete example of grid searching the number of training epochs is listed below.

In this case, we can see that epochs 10 to 10,000 result in about the same classification accuracy. An interesting exception would be to explore configuring learning rate and number of training epochs at the same time to see if better results can be achieved.

In this tutorial, you discovered the Perceptron classification machine learning algorithm.