By Jason Brownlee on November 2, 2016 in Code Algorithms From Scratch

The Perceptron algorithm is the simplest type of artificial neural network.

It is a model of a single neuron that can be used for two-class classification problems and provides the foundation for later developing much larger networks.

In this tutorial, you will discover how to implement the Perceptron algorithm from scratch with Python. 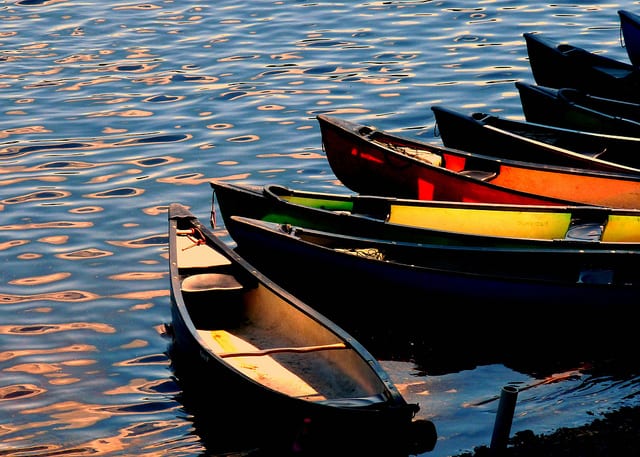 How To Implement The Perceptron Algorithm From Scratch In Python
Photo by Les Haines, some rights reserved.

This section provides a brief introduction to the Perceptron algorithm and the Sonar dataset to which we will later apply it.

The Perceptron is inspired by the information processing of a single neural cell called a neuron.

A neuron accepts input signals via its dendrites, which pass the electrical signal down to the cell body.

In a similar way, the Perceptron receives input signals from examples of training data that we weight and combined in a linear equation called the activation.

In this way, the Perceptron is a classification algorithm for problems with two classes (0 and 1) where a linear equation (like or hyperplane) can be used to separate the two classes.

It is closely related to linear regression and logistic regression that make predictions in a similar way (e.g. a weighted sum of inputs).

The weights of the Perceptron algorithm must be estimated from your training data using stochastic gradient descent.

In machine learning, we can use a technique that evaluates and updates the weights every iteration called stochastic gradient descent to minimize the error of a model on our training data.

This procedure can be used to find the set of weights in a model that result in the smallest error for the model on the training data.

For the Perceptron algorithm, each iteration the weights (w) are updated using the equation:

Where w is weight being optimized, learning_rate is a learning rate that you must configure (e.g. 0.01), (expected – predicted) is the prediction error for the model on the training data attributed to the weight and x is the input value.

The dataset we will use in this tutorial is the Sonar dataset.

This is a dataset that describes sonar chirp returns bouncing off different services. The 60 input variables are the strength of the returns at different angles. It is a binary classification problem that requires a model to differentiate rocks from metal cylinders.

It is a well-understood dataset. All of the variables are continuous and generally in the range of 0 to 1. As such we will not have to normalize the input data, which is often a good practice with the Perceptron algorithm. The output variable is a string “M” for mine and “R” for rock, which will need to be converted to integers 1 and 0.

By predicting the class with the most observations in the dataset (M or mines) the Zero Rule Algorithm can achieve an accuracy of 53%.

You can learn more about this dataset at the UCI Machine Learning repository. You can download the dataset for free and place it in your working directory with the filename sonar.all-data.csv.

This tutorial is broken down into 3 parts:

These steps will give you the foundation to implement and apply the Perceptron algorithm to your own classification predictive modeling problems.

This will be needed both in the evaluation of candidate weights values in stochastic gradient descent, and after the model is finalized and we wish to start making predictions on test data or new data.

Below is a function named predict() that predicts an output value for a row given a set of weights.

The first weight is always the bias as it is standalone and not responsible for a specific input value.

We can contrive a small dataset to test our prediction function.

We can also use previously prepared weights to make predictions for this dataset.

There are two inputs values (X1 and X2) and three weight values (bias, w1 and w2). The activation equation we have modeled for this problem is:

Or, with the specific weight values we chose by hand as:

Running this function we get predictions that match the expected output (y) values.

Now we are ready to implement stochastic gradient descent to optimize our weight values.

We can estimate the weight values for our training data using stochastic gradient descent.

As you can see, we update each weight for each row in the training data, each epoch.

Weights are updated based on the error the model made. The error is calculated as the difference between the expected output value and the prediction made with the candidate weights.

There is one weight for each input attribute, and these are updated in a consistent way, for example:

The bias is updated in a similar way, except without an input as it is not associated with a specific input value:

Now we can put all of this together. Below is a function named train_weights() that calculates weight values for a training dataset using stochastic gradient descent.

You can see that we also keep track of the sum of the squared error (a positive value) each epoch so that we can print out a nice message each outer loop.

We use a learning rate of 0.1 and train the model for only 5 epochs, or 5 exposures of the weights to the entire training dataset.

Running the example prints a message each epoch with the sum squared error for that epoch and the final set of weights.

You can see how the problem is learned very quickly by the algorithm.

In this section, we will train a Perceptron model using stochastic gradient descent on the Sonar dataset.

The example assumes that a CSV copy of the dataset is in the current working directory with the file name sonar.all-data.csv.

The dataset is first loaded, the string values converted to numeric and the output column is converted from strings to the integer values of 0 to 1. This is achieved with helper functions load_csv(), str_column_to_float() and str_column_to_int() to load and prepare the dataset.

We will use k-fold cross validation to estimate the performance of the learned model on unseen data. This means that we will construct and evaluate k models and estimate the performance as the mean model error. Classification accuracy will be used to evaluate each model. These behaviors are provided in the cross_validation_split(), accuracy_metric() and evaluate_algorithm() helper functions.

We will use the predict() and train_weights() functions created above to train the model and a new perceptron() function to tie them together.

A k value of 3 was used for cross-validation, giving each fold 208/3 = 69.3 or just under 70 records to be evaluated upon each iteration. A learning rate of 0.1 and 500 training epochs were chosen with a little experimentation.

Running this example prints the scores for each of the 3 cross-validation folds then prints the mean classification accuracy.

We can see that the accuracy is about 72%, higher than the baseline value of just over 50% if we only predicted the majority class using the Zero Rule Algorithm.

This section lists extensions to this tutorial that you may wish to consider exploring.

In this tutorial, you discovered how to implement the Perceptron algorithm using stochastic gradient descent from scratch with Python.

Jason Brownlee, PhD is a machine learning specialist who teaches developers how to get results with modern machine learning methods via hands-on tutorials.
View all posts by Jason Brownlee →
Python is the Growing Platform for Applied Machine Learning
How To Implement Learning Vector Quantization (LVQ) From Scratch With Python