Time series decomposition involves thinking of a series as a combination of level, trend, seasonality, and noise components.

Decomposition provides a useful abstract model for thinking about time series generally and for better understanding problems during time series analysis and forecasting.

In this tutorial, you will discover time series decomposition and how to automatically split a time series into its components with Python. 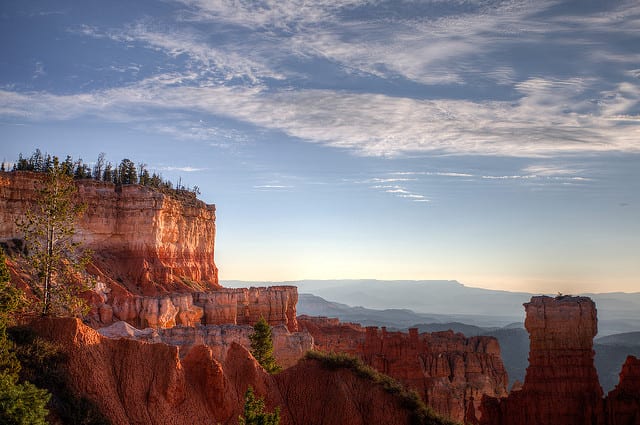 How to Decompose Time Series Data into Trend and Seasonality
Photo by Terry Robinson, some rights reserved.

A useful abstraction for selecting forecasting methods is to break a time series down into systematic and unsystematic components.

These components are defined as follows:

A series is thought to be an aggregate or combination of these four components.

All series have a level and noise. The trend and seasonality components are optional.

It is helpful to think of the components as combining either additively or multiplicatively.

An additive model suggests that the components are added together as follows:

An additive model is linear where changes over time are consistently made by the same amount.

A linear trend is a straight line.

A linear seasonality has the same frequency (width of cycles) and amplitude (height of cycles).

A multiplicative model suggests that the components are multiplied together as follows:

A multiplicative model is nonlinear, such as quadratic or exponential. Changes increase or decrease over time.

A nonlinear trend is a curved line.

A non-linear seasonality has an increasing or decreasing frequency and/or amplitude over time.

Decomposition as a Tool

This is a useful abstraction.

Decomposition is primarily used for time series analysis, and as an analysis tool it can be used to inform forecasting models on your problem.

It provides a structured way of thinking about a time series forecasting problem, both generally in terms of modeling complexity and specifically in terms of how to best capture each of these components in a given model.

Each of these components are something you may need to think about and address during data preparation, model selection, and model tuning. You may address it explicitly in terms of modeling the trend and subtracting it from your data, or implicitly by providing enough history for an algorithm to model a trend if it may exist.

You may or may not be able to cleanly or perfectly break down your specific time series as an additive or multiplicative model.

Nevertheless, these abstract models provide a simple framework that you can use to analyze your data and explore ways to think about and forecast your problem.

There are methods to automatically decompose a time series.

The statsmodels library provides an implementation of the naive, or classical, decomposition method in a function called seasonal_decompose(). It requires that you specify whether the model is additive or multiplicative.

Both will produce a result and you must be careful to be critical when interpreting the result. A review of a plot of the time series and some summary statistics can often be a good start to get an idea of whether your time series problem looks additive or multiplicative.

The seasonal_decompose() function returns a result object. The result object contains arrays to access four pieces of data from the decomposition.

For example, the snippet below shows how to decompose a series into trend, seasonal, and residual components assuming an additive model.

These four time series can be plotted directly from the result object by calling the plot() function. For example:

Let’s look at some examples.

We can create a time series comprised of a linearly increasing trend from 1 to 99 and some random noise and decompose it as an additive model.

Because the time series was contrived and was provided as an array of numbers, we must specify the frequency of the observations (the period=1 argument). If a Pandas Series object is provided, this argument is not required.

Running the example creates the series, performs the decomposition, and plots the 4 resulting series.

We can see that the entire series was taken as the trend component and that there was no seasonality. 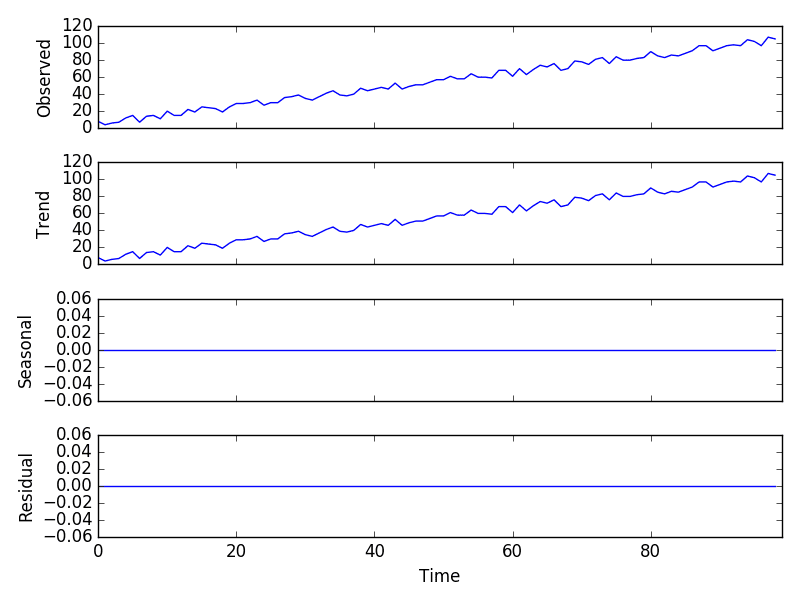 We can also see that the residual plot shows zero. This is a good example where the naive, or classical, decomposition was not able to separate the noise that we added from the linear trend.

We can contrive a quadratic time series as a square of the time step from 1 to 99, and then decompose it assuming a multiplicative model.

Running the example, we can see that, as in the additive case, the trend is easily extracted and wholly characterizes the time series. 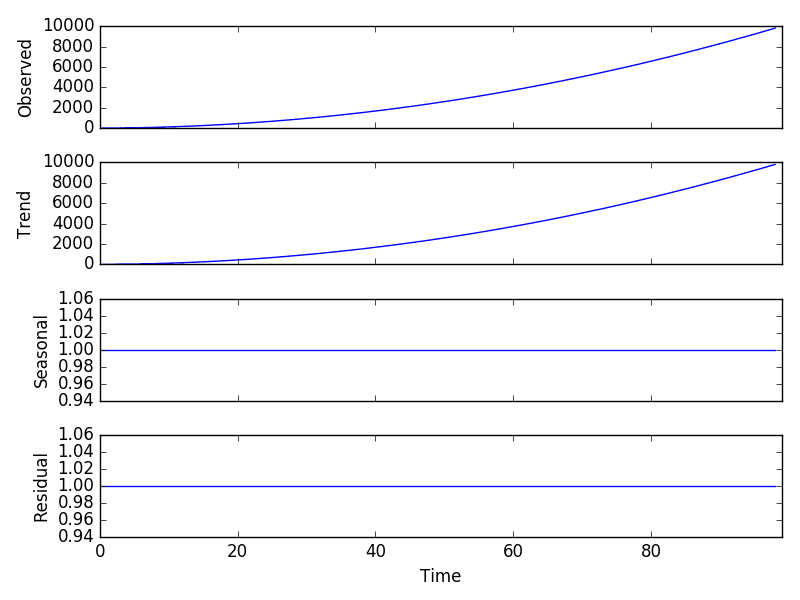 Again, it is important to treat decomposition as a potentially useful analysis tool, but to consider exploring the many different ways it could be applied for your problem, such as on data after it has been transformed or on residual model errors.

The Airline Passengers dataset describes the total number of airline passengers over a period of time.

The units are a count of the number of airline passengers in thousands. There are 144 monthly observations from 1949 to 1960.

Download the dataset to your current working directory with the filename “airline-passengers.csv“.

Reviewing the line plot, it suggests that there may be a linear trend, but it is hard to be sure from eye-balling. There is also seasonality, but the amplitude (height) of the cycles appears to be increasing, suggesting that it is multiplicative. 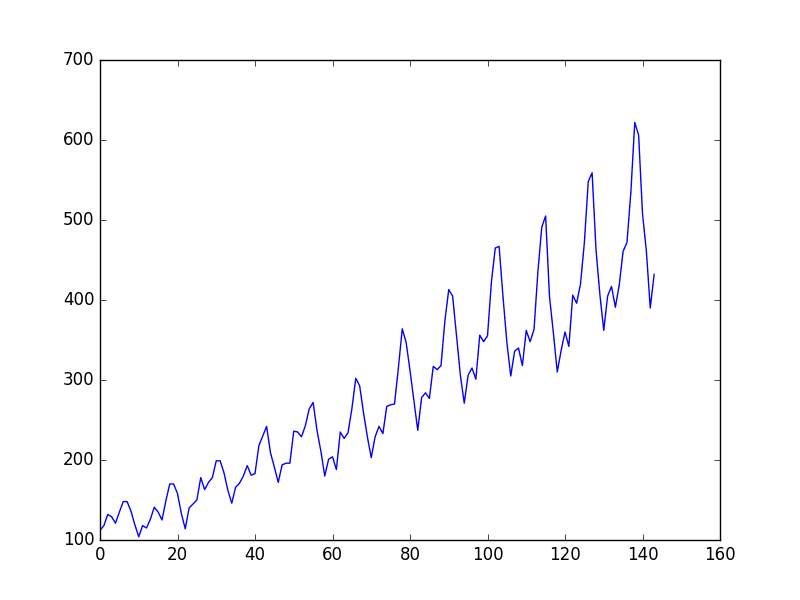 Plot of the Airline Passengers Dataset

We will assume a multiplicative model.

The example below decomposes the airline passengers dataset as a multiplicative model.

We can see that the trend and seasonality information extracted from the series does seem reasonable. The residuals are also interesting, showing periods of high variability in the early and later years of the series. 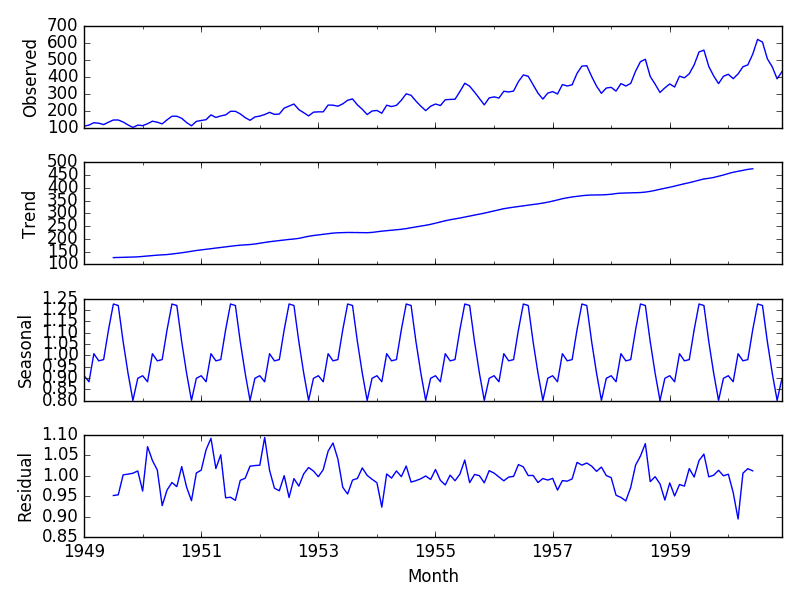 This section lists some resources for further reading on time series decomposition.

In this tutorial, you discovered time series decomposition and how to decompose time series data with Python.

Do you have any questions about time series decomposition, or about this tutorial?
Ask your questions in the comments below and I will do my best to answer.